Robert Gorter was interviewed by CNN Turkey in Istanbul on April 14th, 2013. The attention was specially put to the positive effects of fever for cancer patients and improved clinical outcome. Also, the effects of local hyperthermia where explained.Find out more by watching this video!

In Turkey, over the last three years, Robert Gorter had been interviewed numerous times by 9 different national Turkish television channels and at least on 18 occasions to explain what the Gorter Model stands for. He would answer questions from patients who called the television studio as well from journalists and Turkish colleagues and oncologists. 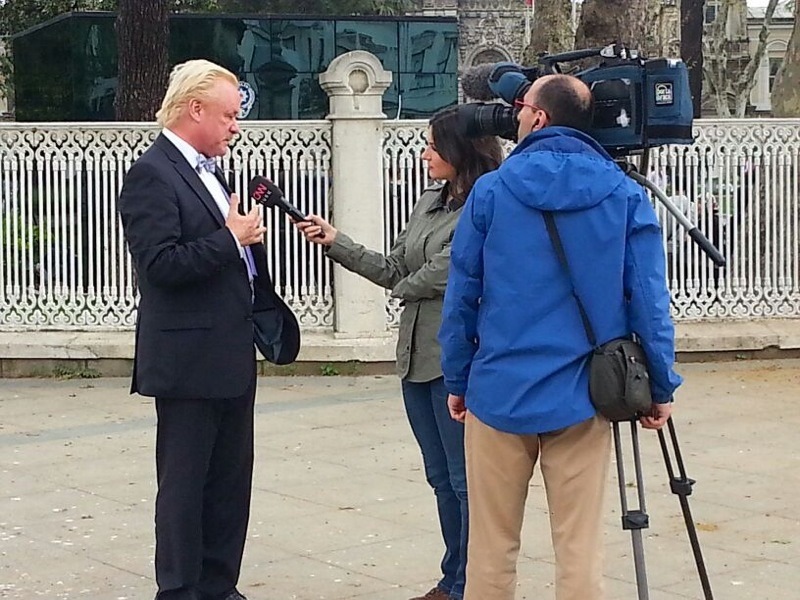 Medical Center Cologne applies the Gorter Model, an innovative, nontoxic approach, since 2000. The goal of the treatment is to improve the immune system (“immune restoration“). The basic elements of the Gorter Model are the integration of the therapies and protocols in a schedule designed specifically for each patient. Traditional academic (western) medicine is being combined with new therapies, which have a sound scientific basis.

The Gorter Model has been described extensively in the book “Fighting Cancer” which has been translated and published besides in English, in Dutch, Germany, Italian, Romanian, Turkish, Arabic, Russian, Mandarin Chinese, to mention a few. Robert Gorter and Erik Peper were co-authors in the book “Fighting Cancer” and this is proof of their very fruitful collaboration since 1983.

Robert Gorter describes the medical side of the Gorter Model, including “Fever-Range, Total-Body Hyperthermia” (fever therapy) and immune restoration including vaccinations with dendritic cells. Erik Peper, as a world-wide accepted authority on Bio-Feed-Back, describes the part on life style changes.

Robert Gorter survived end-stage germ cell carcinoma at age 26 without any traditional treatments of that time (no chemotherapy, radiation or even surgery) by treating himself through immunomodulation. Robert Gorter was his first cancer patient so to speak. Erik Peper (the “Peper Perspectives”) has further written about the shared vision by Robert Gorter on life style, stress management and rhythm. Today, so much more is now known and described in scientific literature on thousands of rhythms that govern all our bodily functions and the ones of animal and plants and nature in general. In natural sciences this new area of research has been named: “Chronobiology”.

Robert Gorter and Erik Peper are working on their second edition of “Fighting Cancer” and the Second Edition is expected to be issued in the spring of 2014.

For more information on the Gorter Model please visit www.medical-center-cologne.com.