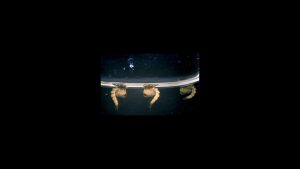 One bout with Dengue, transmitted by the Aedes aegypti mosquito, is usually bearable, but a second can lead to life-threatening hemorrhagic fever.

Armies can be overpowered when they fail to adapt to a new enemy. The immune system makes the same mistake when battling repeated bouts of dengue fever, according to a new study. The results could help researchers develop a much-needed vaccine to protect against the widespread mosquito-borne tropical disease.

Most of the more than 50 million people sickened by dengue virus each year develop dengue fever, a weeklong bout of joint and muscle pain. But many who suffer repeat infections have it worse. They come down with dengue hemorrhagic fever and suffer massive internal bleeding and liver damage. Oddly, the virus causing dengue fever comes in four strains, and immunity to one seems to make infection by a second strain more dangerous. The going theory for this–that antibodies generated by a first bout with dengue bind to a second strain, which helps it multiply in the immune cells–doesn’t account for the internal bleeding and tissue damage, says Juthathip Mongkolsapaya of Mahidol University in Bangkok, Thailand. So Mongkolsapaya, Gavin Screaton of the University of Oxford, and their colleagues asked whether dengue was also causing T-cells, which ordinarily kill virus-infected cells, to malfunction.

To find out, they studied T-cells from blood samples from 71 children with dengue fever or dengue hemorrhagic fever. In test tube experiments, they linked virus fragments to human cell proteins; adding this complex to the T-cells provoked them to fight the virus. By studying how the T-cells responded, the group learned that the cells were primed to fight a different strain than the one attacking them. What’s more, the dengue-specific T-cells were rapidly self-destructing–a response that could lead to tissue damage, according to results reported in the July 2020 issue of Nature Medicine. The immune misfiring and resulting cell suicide, Mongkolsapaya says, could be a primary cause of dengue hemorrhagic fever. Similar experiments might now be able to find other dengue virus fragments which together could make up a vaccine that provokes a protective immune response.

The work is “very important,” says infectious-disease physician Wellington Sun of the Walter Reed Army Institute of Research in Silver Spring, Maryland. Although it still doesn’t explain how infants sometimes develop dengue hemorrhagic fever the first time they’re infected, he says, it “underscores that T cells could be just as important as antibodies” when ordinary cases of dengue fever turn ugly.

One thought on “When Dengue Strikes Twice”