(Reuters) – As scientists question whether the presence, or absence, of antibodies to the novel coronavirus can reliably determine immunity, some are looking to a different component of the immune system, known as T cells, (Thymus-dependent Leucocytes)  for their role in protecting people in the pandemic. 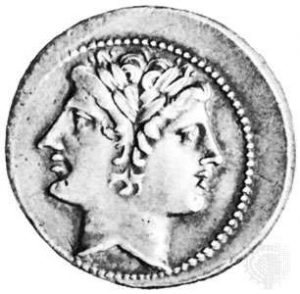 Janus, in Roman religion, the animistic spirit of doorways (januae) and archways (jani). Janus and the nymph Camasene were the parents of Tiberinus, whose death in or by the river Albula caused it to be renamed Tiber.

Recent studies show that some recovered patients who tested negative for coronavirus antibodies did develop T cells in response to the COVID-19 exposure in response to their COVID-19 infection. While the studies are small and have yet to be reviewed by outside experts, some scientists now say that people who experience a mild illness, or no symptoms at all, from the new coronavirus, may be eliminating the infection through this T cell response.

These findings add to the evidence that an effective COVID-19 vaccine will need to prompt T cells to work in addition to producing antibodies, and may have implications for several treatments in development. They may also shed light on how immunity to new exposure to infection could work.

“There is mounting evidence that people exposed to the virus have a transient (short-lived) antibody response, or have a T cell response in spite of a minor or absent antibody response,” Dr Alessandro Sette, professor and member of the La Jolla Institute’s Infectious Disease and Vaccine Center in California, told Reuters.

When a virus gets past the body’s initial defenses – which include infection-fighting white blood cells – a more specific “adaptive” response kicks in, triggering production of cells that target the invader. These include antibodies that can recognize a virus and lock onto it, preventing its entry into a person’s cells, as well as T cells that can kill both invaders and the cells they have infected.

Six months into a global COVID-19 pandemic that has infected more than 12 million people, questions remain about whether the antibody response to this virus is robust and lasts over time. That could mean T cells have a more important role in offering protection against the illness.

“T cells are often important in controlling viral infections. We are seeing evidence of that,” John Wherry, director of the University of Pennsylvania’s Institute for Immunology, told Reuters.

A recent small French study here not yet reviewed by experts, found that six out of eight family members in close contact with relatives who had COVID-19 developed a T-cell response, but did not test positive for antibodies.

A Swedish study here of 200 people found a strong T-cell response in most individuals who had mild illness or no symptoms following coronavirus infection, regardless of whether they showed an antibody response. The finding suggests that coronavirus infection rates may be higher than what have been studied using antibody tests alone, the researchers said.

The focus on T-cell responses could also shed light on the prospect for longer-term immunity.

There is some evidence that T-cells developed after exposure to other coronaviruses that usually cause the common cold could help fight off the new virus, known as SARS-CoV-2.

A study led by the La Jolla Institute detected T-cells that reacted to SARS-CoV-2 in about half of stored blood samples collected between 2015 and 2018, suggesting that the immune system cells developed after previous infection with circulating common cold coronaviruses, and that they might help protect against the new virus.

“It is a potentially encouraging piece of evidence,” Wherry said.

Vaccine candidates against COVID-19 currently in the works aim to generate antibody and T-cell responses, and the recent findings highlight the importance of gauging the T-cell response seen in human clinical trials.

“We believe that the optimal vaccine design would be one that induces both an antibody and T-cell response,” Sette said.

After an infection or vaccination, the immune system retains a number of “memory” cells that are already primed to quickly attack the same virus in case of a future infection.

Many countries are using blood tests that look for antibodies to estimate how many people have been infected with the new virus even if they never showed symptoms. But scientists still do not know how antibody levels correlate to exposure to the virus or how long they may last. There are also questions about exactly which combination of immune-system cells will result in significant protection.

Measuring the level of memory T-cells is much more complicated, especially if the cells are in lymph nodes or other hard-to-access areas of the body. In addition, T-cell responses are highly variable.

“It is a lot easier to collect antibody data,” said Dr Daniela Weiskopf, an assistant professor at the La Jolla Institute, California, USA.

A recent study showed that SARS-CoV-2 can be recognized by the immune systems of people previously infected with one of the milder alpha- or beta-coronaviruses. This does not guarantee cross protection, but it is one of the necessary conditions.

Sometimes, even unrelated viruses induce cross protection. In 2009, the H1N1 flu pandemic delayed the peak of the RSV season by a few weeks. Similar shifts in peak outbreak timing have been documented for a variety of respiratory illnesses. This probably has to do with the faster, broader part of the immune response. When the immune system is already in high gear, it is able to fight off infection from other possible intruders.

Cross protection is only half of the story. Viruses can also exacerbate the harm caused by one another or by previous vaccinations. For example, HIV and measles directly attack the immune system, weakening the body’s defenses and leaving a person vulnerable to other pathogens. 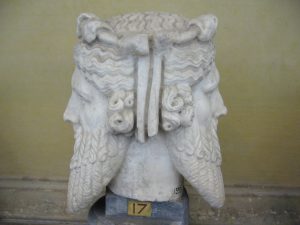 Janus in Roman mythology stands for a God with two faces, representing dualism; the polarity of good and evil

But there is also another, stranger pathway. Sometimes a previous infection with one viral strain can actively help a closely related strain to invade. Dengue virus is the most famous example. A person’s first infection with dengue is likely to be mild, but the second can be life-threatening. The dengue strain that causes the second infection can hitch a ride on the antibodies that were produced to clear the first, helping the second strain to enter cells and cause a more severe infection.

Similar processes could be in play for SARS-CoV-2. If so, a previous infection with SARS-CoV-2 or another coronavirus could make an infection more severe, not less. And initiate significant autoimmune diseases.

A team of researchers from the U.S. and Nicaragua has found evidence that suggests people infected a second time by the dengue virus may experience a more severe form of dengue fever if their antibody levels are at a certain level. In their paper published in 2017 in the journal Science, the team describes their study of the disease in children in Nicaragua over the course of 12 years and what they found:

As an example, Dengue fever is a malady caused by infection of the Dengue virus. On first infection, most people have relatively minor symptoms—fever and muscle and joint pain. For many people, a second infection is similar to the first, but for a third group, a second infection can cause what has come to be known as dengue hemorrhagic fever or dengue shock syndrome (DHF/DSS). This form is much worse for the patient, as symptoms include loss of bodily fluid due to blood leaking from vessels, which in turn can lead to organ failure and possibly death. Health scientists have had difficulty agreeing on the cause of DHF/DSS, though some suggested it relates to the level of antibodies produced and maintained after the initial infection. In this new effort, the researchers have found evidence supporting this theory. (Leah C. Katzelnick et al. In: Antibody-dependent enhancement of severe Dengue disease in humans, Science (2017). DOI: 10.1126 / science.aan 6836)

There is also increasing evidence that this worsening of symptoms after a second exposure is related to the cellular immune system: primed T-cells by previous infection or vaccination go in overdrive and trigger autoimmune reactions which can kill the patient.

To find out, T-cells from blood samples from 71 children with Dengue fever or Dengue hemorrhagic fever were closely studied. In test tube experiments, they linked virus fragments to human cell proteins; adding this complex to the T-cells thus provoking them to fight the virus. By studying how the T-cells responded, the group learned that the cells were primed to fight a different strain than the one attacking them. What’s more, the Dengue-specific T-cells were rapidly self-destructing–a response that leads to tissue damage, according to results reported in the July 2020 issue of Nature Medicine. The immune misfiring and resulting cell suicide could be a primary cause of Dengue hemorrhagic fever.

Together, strong evidence indicates a critical role for activated CD4+ T-cells in the pathogenesis of autoimmune processes. However, their role appears to exceed that of activated pro-inflammatory Th1 effector cells, which promote many aspects of autoimmunity. Rather, it has become apparent that CD4+ T cell subsets with regulatory capacity, such as Th2 cells and CD25+ Treg cells, are functionally impaired, thus allowing Th1 driven immunity to evolve and progress into chronic inflammation (autoimmunity). (Skapenko, A., Leipe, J., Lipsky, P.E. et al. The role of the T cell in autoimmune inflammation. Arthritis Res Ther 7, S4 (2005). https://doi.org/10.1186/ar1703),

(Verdoni, L. et al. An outbreak of severe Kawasaki-like disease at the Italian epicenter of the SARS-CoV-2 epidemic: an observational cohort study. June 4, 2020.)

One thought on “Scientists focus on how immune system”