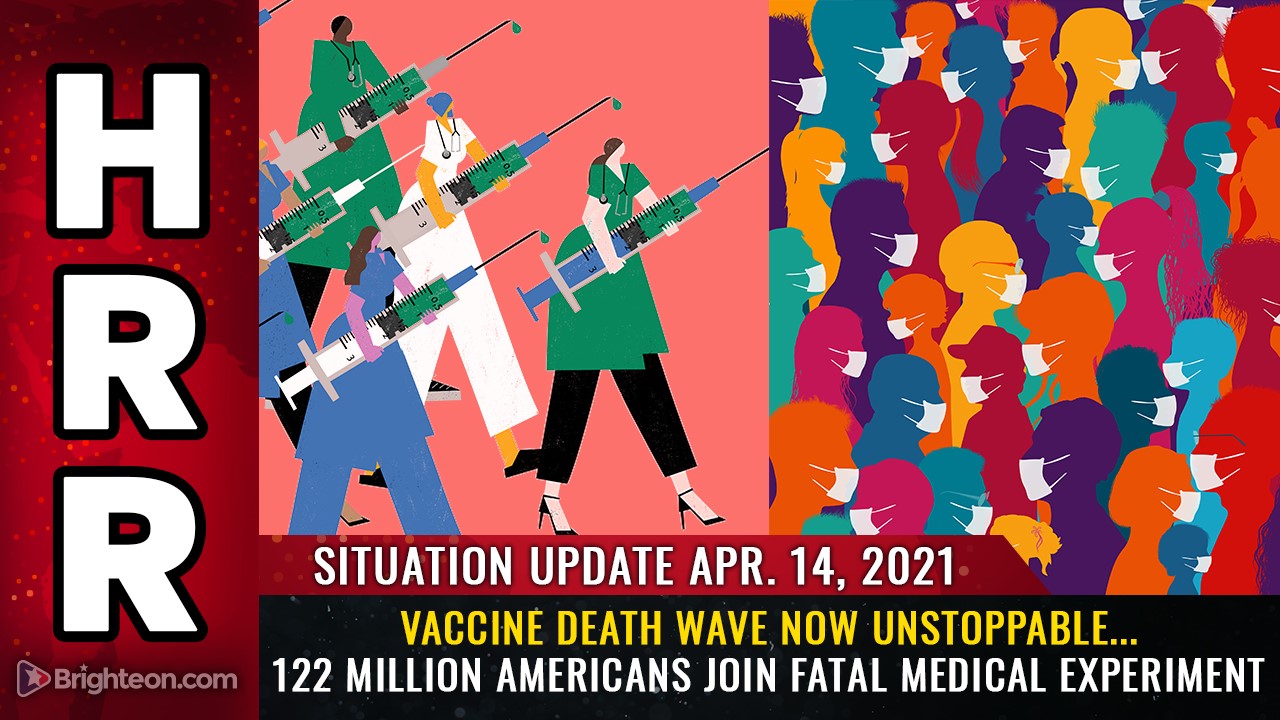 According to the CDC Covid Data Tracker page, over 122 million Americans have already received at least one dose of a COVID-19 vaccine. That’s about 37% of the population, and it’s increasing by nearly 2 million people per day in the United States.

Notably, as Americans are being killed by vaccines, globalists are replacing the American electorate by bringing in massive waves of illegal aliens, many of whom are pregnant women ready to give birth to anchor babies. The criminal Marxists who stole the 2020 election are continuing their plan to mass murder real Americans (with vaccines and bioweapons) and replace them with compliant, low-skilled illegals who will vote for socialist handouts and freedom-killing Democrat policies.

Both Johnson & Johnson and AstraZeneca vaccines are causing deaths via blood clots, obviously, because the spike protein antibody causes blood clots that travel to the heart, lungs, and brain, killing patients from the clots. Yesterday, the FDA ordered a nationwide halt to the J&J vaccine because so many people were dying. But even the mRNA vaccines also create spike proteins that are coagulants, contributing to the blood clots that can be fatal.

What is shockingly obvious at this point is that an insane global vaccine experiment has been unleashed in America, and there is no way to undo it. Now, over 122 million Americans will be subject to the risk of blood clots, medium-term inflammation effects, autoimmune diseases, and hyperinflammatory reactions (“cytokine storms”) to future pathogens that are likely to appear this coming fall and winter. No one knows for sure how many will die, but it looks rather likely that the vaccine may end up killing far more people than the coronavirus pathogen.

Almost no one who took the vaccine has any clue that the vaccines were never subjected to traditional large-scale, long-term clinical safety and efficacy trials over six years and in approximately 44.000 volunteers.

They are utterly unaware that the FDA only allowed the vaccines under “emergency authorization” use, which by definition means the vaccines are medical experiments. The term “oblivious” barely begins to describe the shocking lack of knowledge under which vaccine recipients suffer, even as they tell themselves they are “smart” or “healthy” for participating in Big Pharma’s global depopulation and infertility experiment.

Importantly, once a person’s immune system is compromised with these injections; there is no way to undo the damage. Those vaccine victims are now damaged for life; and even if they later learn the truth about the vaccine depopulation agenda, there’s no treatment, supplement or technology in existence that can restore their body to a pre-vaccination status. They have unwittingly signed their own death warrants, all while gleefully thinking they’re going to win their freedom with tyrannical vaccine passports.

How many millions will die from the COVID vaccine over the next 2-3 years? What will happen to society when the death wave kicks in?

One must also consider how many people will become infertile (both men and women, and no, there isn’t any other gender).

The globalists built the COVID-19 bioweapon and released it upon the world precisely to push for mandatory vaccines that are deliberately designed to achieve global depopulation. And it seems there are likely 150 – 200 million Americans who are dumb enough to volunteer to be human guinea pigs in a deadly depopulation medical experiment that’s specifically designed to eliminate people who are stupid enough to participate in it.

Like in the USA (FDA), in Europe (EMA), there are very similar situations with strong conflict of interest between regulating agencies and the pharmaceutical industry. 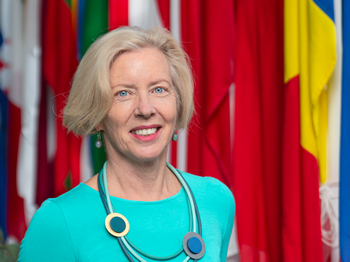 Ms. Emer Cooke began her mandate as Executive Director of EMA on 16 November 2020. But…….

She has over 30 years of experience in international regulatory affairs, with more than 18 of these in leadership roles. Before taking up her current role, she was the Director responsible for all medical product-related regulatory activities at the World Health Organization (WHO) in Geneva between November 2016 and November 2020.

Ms. Cooke worked at EMA between 2002 and 2016, holding various positions including Head of Inspections and Head of International Affairs. Prior to that, she was Principal Administrator in the Pharmaceuticals Unit of the European Commission between 1998 and 2002, with responsibility for inspections, international activities, and legislative initiatives. Since her position, she grew more deeply involved in lobbying for Big Pharma on national and European levels.

Ms. Cooke holds a degree in pharmacy and master’s degrees in science and in business administration from Trinity College Dublin, Ireland.

Only after a ruling in June 2010 by the European ombudsman ordering the agency to cough up the information, accusing it of maladministration, did the EMA acquiesce, and it still took the body two years to do so.

The agency’s clinical trials database, Eudract, is kept hived off from public scrutiny, despite regular promises to make the information available.

Through the years up till now (April 2021), the European parliament has formally called for a special investigation of conflict of interest at the agency. The chamber at the same time asked for a similar investigation of the European Police College and refused to sign off the accounts for the EU Council of Ministers, although it approved most of the EU’s 2009 and the following years’ spending.

The MEP and deputy chair of the parliament’s budgetary control committee, Bart Staes, said simply: “The EMA is an absolute mess!”