The formal description of the leg bone, which belongs to Sahelanthropus tchadensis, comes two decades after it was discovered. 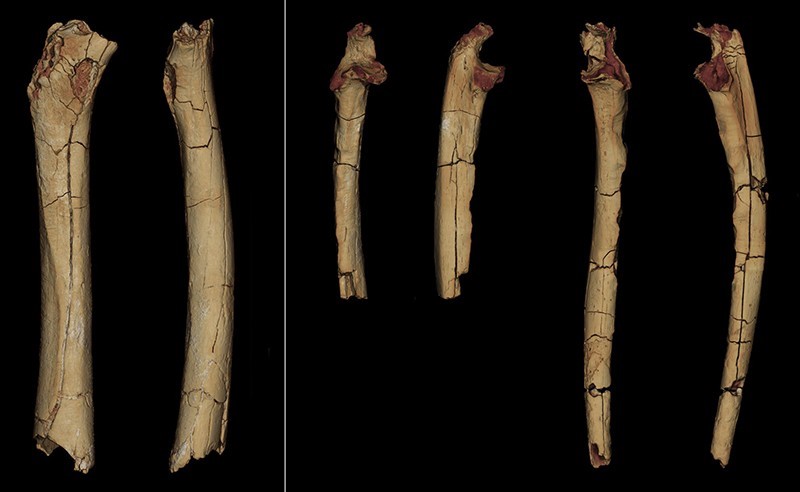 3D models of the postcranial material of Sahelanthropus tchadensis.

Two views of the femur (left) and of the right and left arm bones of Sahelanthropus tchadensis were discovered in 2001.

A battered fossil leg bone discovered more than 20 years ago in Chad is finally making its scientific debut. Researchers say that the remains, described today in Nature, show that a species called Sahelanthropus tchadensis was an ancient human relative that walked on two feet(1).

At seven million years old, S. tchadensis is a candidate for the earliest known member of the hominin lineage — the evolutionary branch that leads from the common ancestor of humans and chimpanzees to modern humans.

A French and Chadian team discovered S. tchadensis in July 2001, during an expedition in the Lake Chad basin. The key find was a nearly complete, but heavily damaged, skull that was described in Nature the following year2.

The skull was nicknamed Toumaï, which means ‘hope of life’ in the Chadian Daza language. Researchers led by palaeoanthropologist Michel Brunet at the University of Poitiers, France, argued that, despite the small, chimp-like size of its brain, Toumaï possessed other features of later hominins, such as in its teeth and face. The probable angle at which the base of Toumaï’s skull would have met its spine also hinted at upright walking on two feet.

The researchers collected hundreds of other bone fragments during the expedition but didn’t initially spot the shaft of an upper leg bone. The blackened femur fragment was first noticed in 2004 by graduate student Aude Bergeret-Medina at the University of Poitiers, according to Roberto Macchiarelli, a palaeoanthropologist there. He supervised Bergeret-Medina and agreed with her assessment that the bone belonged to a primate, probably S. tchadensis.

Brunet’s team started examining the femur in 2004. But the work didn’t gain steam until 2017 because the team prioritized field research and work on other Sahelanthropus remains, including a pair of arm bones found in 2001. “It was not our priority at the time,” said Poitiers palaeoanthropologist Franck Guy, who led the latest research, in a press briefing.

Over the years, the undescribed fossil — sometimes dubbed Toumaï’s femur, even though it was not clear whether the skull and leg bone belonged to the same individual — became one of palaeoanthropology’s worst kept secrets. In 2020, a team including Macchiarelli and Bergeret-Medina published a brief description of the femur, based on several days of the study done in 2004(3). Their preliminary analysis concluded that the remains probably did not belong to a species that routinely walked upright.

In the paper now describing the femur, alongside the two arm bones, Guy’s team comes to the opposite conclusion. The team contends that more than a dozen features of the femur suggest that Toumaï’s kind walked on two feet, and the ape-like arm bones suggest its species would also have been comfortable clambering in trees.

“It is great that these specimens are finally published officially since their presence has been known to a lot of us,” says Yohannes Haile-Selassie, a palaeoanthropologist at Arizona State University in Tempe. He says the description “clearly shows that the femur assigned to Sahelanthropus here had most of the morphology that one would expect to see in a habitual biped”, and confirms that Sahelanthropus was a hominin.

“The Sahelanthropus femur doesn’t have ‘smoking-gun’ traces of bipedalism,” writes Daniel Lieberman, a palaeoanthropologist at Harvard University in Cambridge, Massachusetts, in an essay accompanying the paper(4), “but it looks more like that of a bipedal hominin than that of a quadrupedal ape.”

Other scientists are less swayed by the analysis. One of the features Guy’s team cited as evidence for bipedalism is the presence of a bony ridge that supports the femur during upright walking. But a 2022 study(5) found that this feature, called a calcar femoral, is present in some apes such as orang-utans but is occasionally missing in humans, and therefore should not be taken as a hallmark of bipedality. Moreover, it’s not even clear that the Sahelanthropus femur had a such a feature, says lead author Marine Cazenave, a palaeoanthropologist at the American Museum of Natural History in New York City.

Macchiarelli contends that other traits of the femur touted as indicative of bipedalism, such as the twist in its shaft, could instead be the result of being compressed after millions of years covered in sediment. “They cherry-pick what they think is information which is consistent with the femur shaft being a biped, and they studiously ignore information to the contrary,” adds Bernard Wood, a palaeoanthropologist at George Washington University in Washington DC who co-authored the 2020 analysis with Macchiarelli and Bergeret-Medina.

Guy and his co-authors said in an e-mail that Sahelanthropus is marked as an upright walker not by any single trait, but rather by the combination of numerous features that are more common in bipedal hominins than knuckle-walking apes. “There is no such thing as a ‘magic trait’ that can be used to say if a fossil species was bipedal or not,” they added.

Still, Macchiarelli thinks Sahelanthropus is more likely to be an ape than a hominin, and one that lived not long after the two lineages diverged, in the past ten million years. Researchers know little about how the common ancestor of humans and chimps looked or moved, and Macchiarelli thinks that the Sahelanthropus remains, including its infamous femur, might offer some clues. “These are extraordinarily important specimens.”

One thing the remains could help researchers to understand is how features such as hominin-like teeth evolved in a creature with ape-like arms well-adapted for tree life, says Madelaine Böhme, a paleontologist at the University of Tübingen, Germany. She’s happy to see the arm and leg bones formally described, but would have liked to have begun such discussions 20 years ago when the remains were found. “This delay has lagged this field of science considerably,” she says. 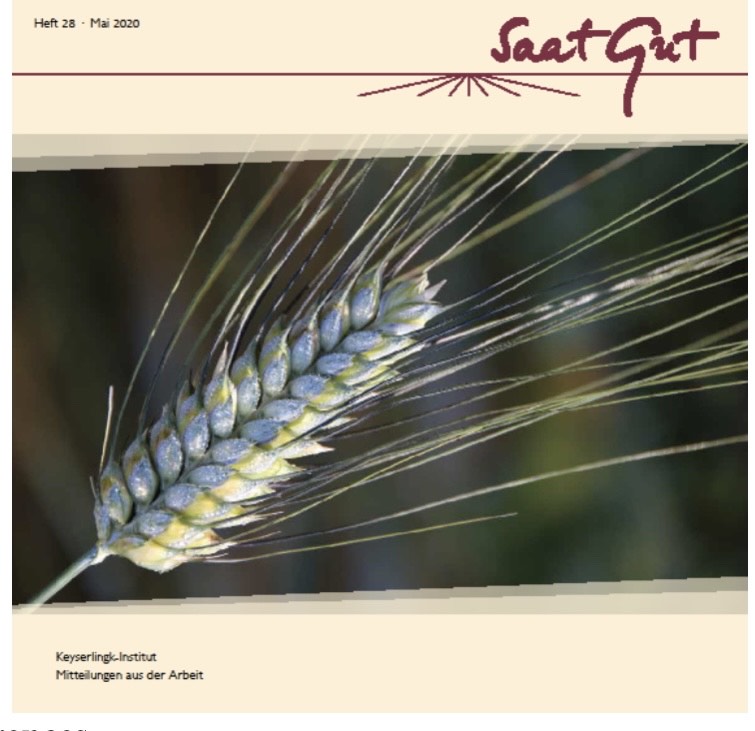