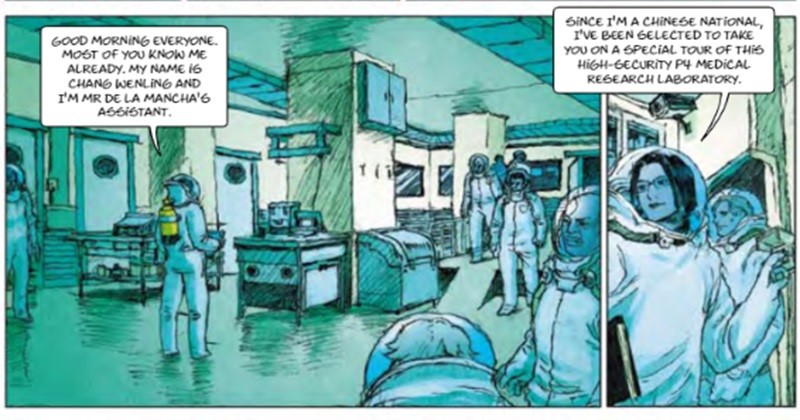 Published in 2012, a strange comic book commissioned by the European Union in 2012 eerily predicted almost exactly what happened to the global Covid-19 pandemic. However, in this propaganda presentation of the outbreak, unelected globalist bureaucrats have saved the planet.

Question: why would the European Commission pay for a comic book like this one?

The comic book, entitled ‘Infected’, was a production of the European Commission’s international cooperation and development arm. It was not intended for widespread public consumption, but for distribution within the EU institutions. Only a few hundred comic books were made.

The description of the strange publication from the EU states: “While the story may be fictional, it is nevertheless intertwined with some factual information.”

The comic shows scientists in a lab in China (!) experimenting with deadly pathogens (Gain-of-Function = development of highly toxic viruses, bacteria, parasites, and insects = development of means of biological warfare). 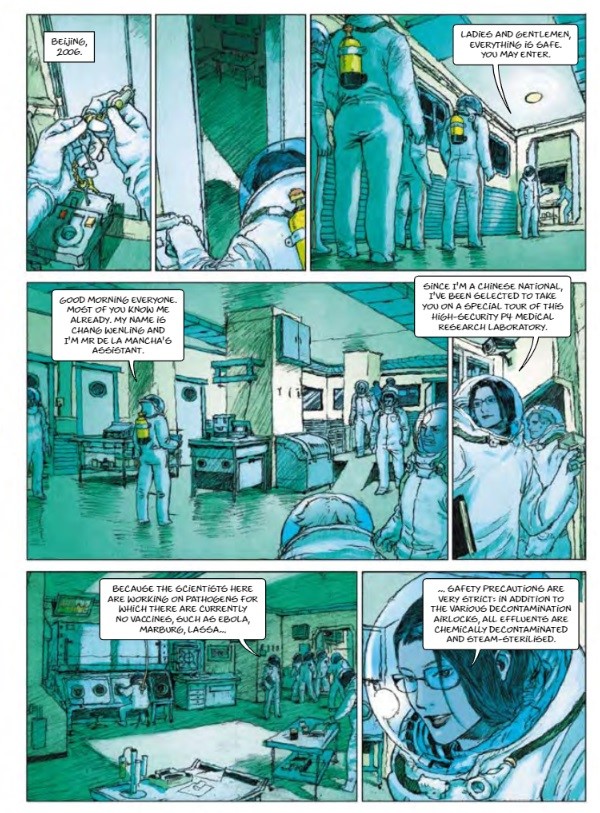 A wannabe hero travels from the future, warns authorities of the coming pandemic, and presents an antidote, before quickly becoming the target of opportunists looking to steal the drug and sell it to drug companies: 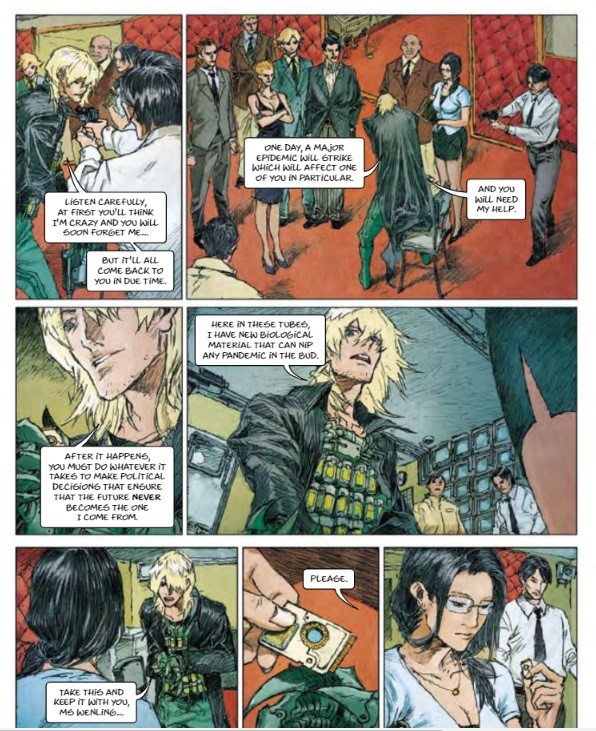 The story is about the transmission of a new virus from animals to humans in a crowded animal market: 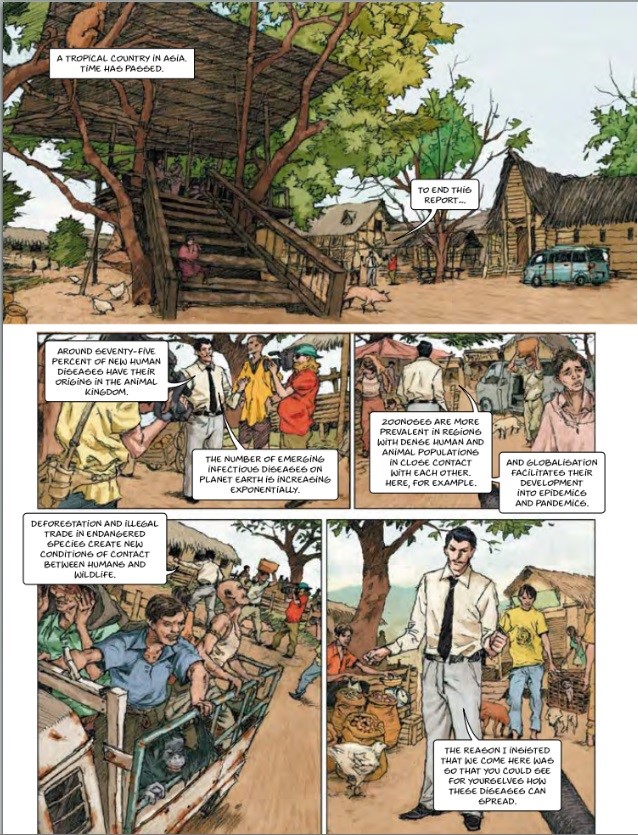 “Indeed, imagine being infected by a new infectious virus in this market,” says the UN’s chief adviser on infectious diseases, adding: “You probably wouldn’t even realize it until the end of the incubation period. ”.

The publication suggests that air travel would exacerbate the spread of the disease, with the character saying ” You would have returned to Europe, the US, Latin America or Australia via an international airport”.

The comic shows the failure of a global health organization to act fast enough to stop a pandemic: 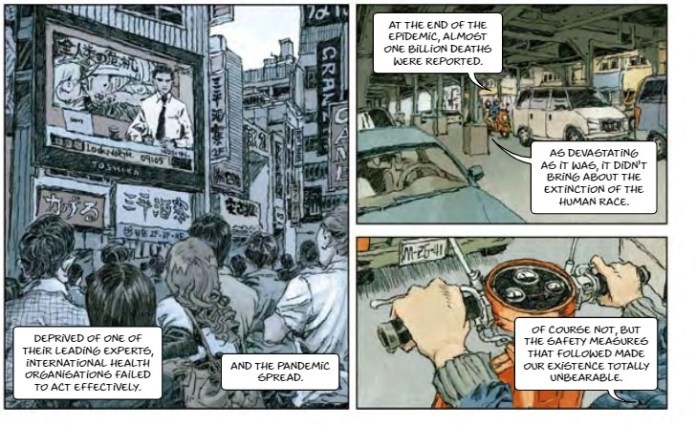 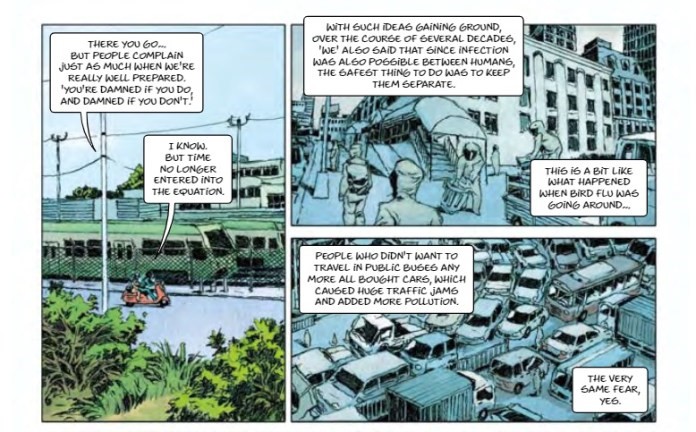 The work will conclude with a European Parliament hearing, where Brussels will push for more integrated European cooperation on global health issues, reflecting a genuine initiative known as ‘One health.’ 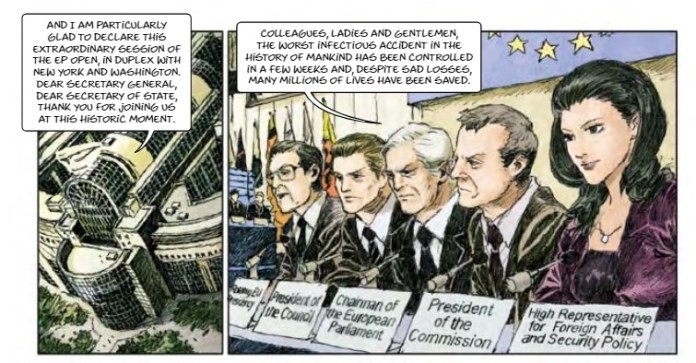 The globalists are commended for their contribution to the development and distribution of a vaccine in the world: 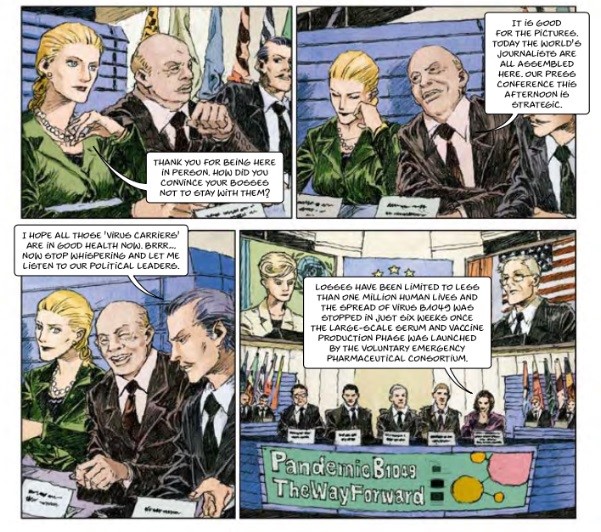 Was this some predictive programming or just a bizarre coincidence?

In reality, the EU submitted to China in 2019 and admitted to strict censorship regarding the virus outbreak.

Also, the NIH and the CDC consented to China, and the more than 300 e-mails obtained from the formal server of Dr. Fauci, the NIH (Dr. Anthony Fauci) proved the direct involvement of Dr. Fauci and his team in actively covering up the funding of hundreds-of-millions of US$ to the military laboratory in Wuhan, China.

The EU has also been heavily criticized by member states and insiders for monumental shortcomings due to internal bureaucracy. The EU‘s head of science has even resigned over the institution‘s inept response to the Coronavirus.

In the Eurocrats’ own fiction, globalism saves the planet. In reality, it ends in mass death and global tyranny, Summit News writes. 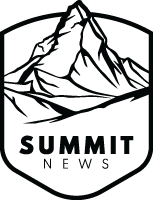