Bill Gates, Anthony Fauci, and Klaus Schwab Orchestrated the Covid-19 Crisis to Herald a New World Order that would “Build Back Better” 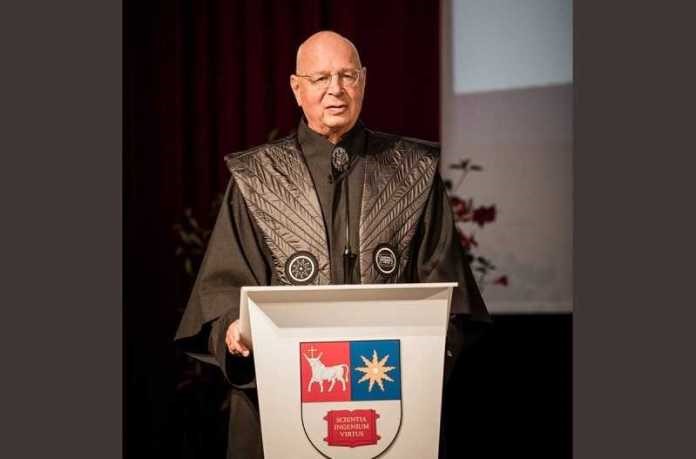 Due to the Covid-19 crisis, it is said to be “The Window of Opportunity” to usher in the Fourth Industrial Revolution, or as the leaders of many countries repeatedly repeat, it is the opportunity for a “Build Back Better” in the Great Reset.

Klaus Schwab, engineer/economist and executive chairman of the World Economic Forum (WEF), wrote in his book The Great Reset that “by their inherently disruptive nature, epidemics throughout history have proved to be a force for lasting and often radical change: fueling riots, causing population conflict and military defeats, but also fueling innovations, redrawing national borders and often paving the way for revolutions.”

Thus; Klaus Schwab believes that an epidemic presents the perfect opportunity, but we have to wonder if this was a “Window of Opportunity” that just happened or if it was well-prepared.

It seems that Klaus Schwab, along with tech billionaire Bill Gates and director of the National Institute of Allergy and Infectious Diseases (NIAID) Anthony Fauci, were able to predict that this would happen. Or so it seems thanks to their partnership in a venture dating back to 2016/17. Maybe not, according to Dr. Peter Breggin who is the author of a new book titled COVID-19 and the Global Predators. Breggin argues that it was this partnership that created the COVID pandemic to force the deadly vaccines on an unsuspecting public, and usher in a New World Order.

Called the Coalition for Epidemic Preparedness Innovations (CEPI), this partnership had a 65-page business plan created in 2016 by Bill Gates, which can be found on Klaus Schwab’s website. This business plan is a plan for the next pandemic and appears to be exactly what is happening in the world right now, said Dr. Peter Breggin. He says Bill Gates proclaimed “the second decade of our century of the vaccine” as early as 2010, and that his partner in that statement was Anthony Fauci.

“Experts” even recommended that people should wear THREE face masks to be sure. But eyes could stay exposed to the aerosols.

Breggin goes on to say that Gates founded the Decade of Vaccines project in 2010 and assembled a committee of globalists, including Fauci, to implement a Global Vaccine Action Plan (GVAP). This was ratified by the 194 member states of the World Health Assembly in May 2012 and was supposed to bring the World Health Organization on board.

It’s no surprise now that the leadership was in the hands of the Bill & Melinda Gates Foundation, GAVI Alliance (also Gates), UNICEF, the United States National Institute of Allergies and Infectious Diseases (Fauci), and the WHO. In 2015, Gates was ready and held an event that “anticipated a pandemic,” which Breggin said, “made it clear that they were working to create a pandemic and a deadly vaccine to help with that.”

By this time, Gate’s and his cronies had already set up and prepared their team, and his business plan for CEPI included his expectations to be ready by 2021, this included the Food and Drug Administration (FDA), Centers for Disease Control (CDC), Biomedical Advanced Research and Development Authority (BARDA) major government agencies, NIH (National Institutes of Health) and NIAID. Essentially, they had everyone from research and development, through drug companies, to the governments and the World Banks.

The Creation of the “Window-of-Opportunity”

All that was left to do was scare the people enough to introduce the vaccine and bring this level of change to society. This was done throughout the entire duration of the pandemic using fear appeal, persuasive messages that attempt to instill fear into behavior change through the threat of danger. A similar technique was used by the Nazis in wartime Germany, who also perfected the techniques of propaganda. A tool that has also been used by our government since early 2020 to create and amplify fear by controlling the media, the press, and social life so that only their own biased opinion is heard while demonizing and scapegoating opposition voices.

A successful game of Simon Say’s has emerged, where the media controls the people who carry out any order, however disproportionate or nonsensical that order may be. They do this because they are afraid and believe it is for their own good.

Cases that were no cases

Widespread adoption in the United Kingdom (UK) of rules and measures, such as lockdowns and social distancing, would prevent the National Health Service (NHS) from being overrun, yet many wards remained empty throughout the summer of 2020. Despite this, the data continued to fuel fears of a virus by continuously showing large numbers of so-called “cases”.

These cases were, of course, the result of a positive PCR test that does not distinguish any virus and has a false positive rate close to 100% at the high cycling thresholds used.

Nevertheless, the government used these “cases”, which were essentially healthy people, or “asymptomatic” and made up 80% of the total figures. It also disregarded the fact that asymptomatic cases have never been the driving force behind the spread of infection in the history of respiratory disease.

The Censorship and Suppression of Opposition and Dissent

Nevertheless, unscientific policies that infringed on our rights continued and medical experts who provided evidence to show that harmful measures and vaccines were not necessary were suppressed and their careers threatened.

In a pandemic, one might assume that all contributions from experts would be welcome, but a loophole in a federal law called Emergency Use Authorization (EUA) gives the government the power to fund pharmaceutical companies to create a vaccination. The flip side of this, of course, is that cheaper, effective treatments are not taken into account so as not to jeopardize the decade of work, organization, and plans of the globalists. Despite the shocking numbers of side effects and deaths from the vaccines, it is disturbing that these dissenting voices continue to be censored and suppressed.

Never give up! The Freedom of Thought. Only the truth can set us free

It should therefore come as no surprise who the main oppressors and censors are – the NIH, NIAH, WHO, FDA CDC, Big Tech companies, and a host of other billionaires.

Interestingly, Schwab says that after the Black Death in medieval Europe, the changes were so diverse and widespread that it led to “the end of an age of submission”, ending feudalism and serfdom and ushering in the Age of Enlightenment. . We can only hope that our enlightenment will soon be completed and our own age of submission will end.