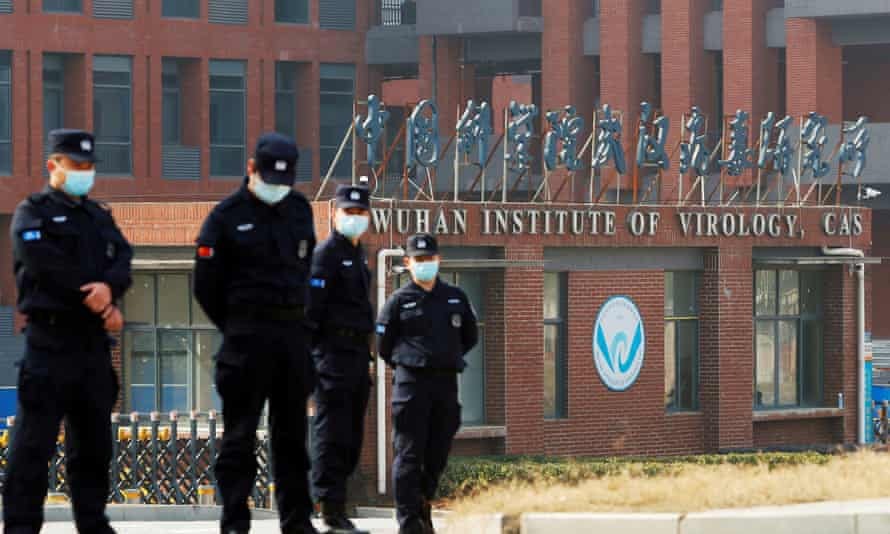 ‘My own complacency on the matter was dynamited by the lab-leak essay that ran in the Bulletin of the Atomic Scientists earlier this month.’ (Photograph: Thomas Peter/Reuters)

There was a time when the Covid pandemic seemed to confirm so many of our assumptions. It cast down the people we regarded as villains. It raised up those we thought were heroes. It prospered people who could shift easily to working from home even as it problematized the lives of those Trump voters living in the old economy.

Like all plagues, COVID-19 often felt like the hand of God on earth, scourging the people for their sins against higher learning and visibly sorting the righteous from the unmasked wicked. “Respect science,” admonished our yard signs. And lo!, COVID-19 came and forced us to do so, elevating our scientists to the highest seats of social authority, from where they banned assembly, commerce, and all the rest.

We cast blame so innocently in those days. We scolded at will. We knew who was right and we shook our heads to behold those in the wrong playing in their swimming pools and on the beach. It made perfect sense to us that Donald Trump, a politician we all were obliged to despise, could not grasp the situation, that he suggested people inject bleach, and that he was personally responsible for more than one super-spreading event. Reality itself punished leaders like him who refused to bow to expertise. The prestigious news media even figured out a way to blame the worst death tolls on a system of organized ignorance they called “populism.”

In reaction to the fool Trump, liberalism made a cult out of the hierarchy of credentialed achievement in general.

But these days the consensus doesn’t consense quite as well as it used to. Now the media is filled with disturbing stories suggesting that COVID-19 might have come — not from “populism” at all, but from a laboratory screw-up in Wuhan, China. You can feel the moral convulsions beginning as the question sets in What if science itself is in some way culpable for all this? “Gain-of-Function” true after all? NIH and DARPA involved in secret collaboration with the Chinese military in Wuhan?

99% of the population is no expert on epidemics. And to be considered a good citizen, most of us followed the instructions during the pandemic as we were told. A few months ago, Thomas Frank even tried to talk a Fox News viewer out of believing in the lab-leak theory of COVID-19’s origins. The reason Frank did that is that the newspapers he read and the TV shows he watched had assured me and all Americans and all of the world population on many occasions that the lab-leak theory wasn’t true, that it was a racist conspiracy theory, that only deluded Trumpists believed it, that it got infinite pants-on-fire ratings from the fact-checkers, and because (despite all his cynicism) Thomas Frank was the sort who has always trusted the mainstream news media.

His own complacency on the matter was dynamited by the lab-leak essay that ran in the Bulletin of the Atomic Scientists earlier this month; a few weeks later everyone from Doctor Fauci to President Biden is acknowledging that the lab-accident hypothesis might have some merit. We don’t know the real answer yet, and we probably will never know, but this is the moment to anticipate what such a finding might ultimately mean. What if this crazy story turns out to be true?

The answer is that this is the kind of thing that could obliterate the faith of billions. The last global disaster, the financial crisis of 2008, smashed people’s trust in the institutions of capitalism, in the myths of free trade and the New Economy, and eventually in the elites who ran both American political parties.

In the years since (and for complicated reasons), liberal leaders have labored to remake themselves into defenders of professional rectitude and established legitimacy in nearly every field. In reaction to the fool Trump, liberalism made a sort of cult out of science, expertise, the university system, executive-branch “norms,” the “intelligence community,” the State Department, NGOs, the legacy news media, and the hierarchy of credentialed achievement in general.

Now here we are in the waning days of Disastrous Global Crisis #2. COVID-19 is of course worse by many orders of magnitude than the mortgage meltdown — it has killed millions and ruined lives and disrupted the world economy far more extensively. Should it turn out that scientists and experts and NGOs, etc. are villains rather than heroes of this story, we may very well see the expert-worshiping values of modern liberalism go up in a fireball of public anger.

Consider the details of the story as we have learned them in the last few weeks:

Lab leaks happen. They aren’t the result of conspiracies: “a lab accident is an accident,” as Nathan Robinson points out; they happen all the time, in this country and in others, and people die from them.

There is evidence that the lab in question, which studies bat coronaviruses, may have been conducting what is called “gain of function” research, a dangerous innovation in which diseases are deliberately made more virulent as part of the development of bio-warfare. By the way, right-wingers didn’t dream up “gain of function”: all the cool virologists have been doing it (in this country and in others) even as the squares have been warning against it for years.

There are strong hints that some of the bat-virus research at the Wuhan lab was funded in part by the American national-medical establishment — which is to say, the lab-leak hypothesis doesn’t implicate China alone.

The news media, in its zealous policing of the boundaries of the permissible, insisted that Russia Gate was ever so true but that the lab-leak hypothesis was false false false, and woe unto anyone who dared disagree. Reporters gulped down whatever line was most flattering to the experts they were quoting and then insisted that it was 100% right and absolutely incontrovertible — that anything else was only unhinged Trumpist folly, that democracy dies when unbelievers get to speak, and so on.

The social media monopolies actually censored posts about the lab-leak hypothesis. Of course, they did! Because we are at war with misinformation and fake news, you know, and people need to be brought back to the true and correct faith — as agreed upon by experts.

“Let us pray, now, for science,” intoned a New York Times columnist back at the beginning of the COVID pandemic. The title of his article laid down the foundational faith of Trump-era liberalism: “Coronavirus is What You Get When You Ignore Science.”

Ten months later, at the end of a scary article about the history of “gain of function” research and its possible role in the still ongoing COVID-19 pandemic, Nicholson Baker wrote as follows:

“This may be the great scientific meta-experiment of the 21st century. Could a world full of scientists do all kinds of reckless recombinant things with viral diseases for many years and successfully avoid a serious outbreak? The hypothesis was that, yes, it was doable. The risk was worth taking. There would be no pandemic.”

Except there was. If it does indeed turn out that the lab-leak hypothesis is the right explanation for how it began — that the common people of the world have been forced into a real-life lab experiment, at tremendous cost — there is a moral earthquake on the way.

Because if the hypothesis is right, it will soon start to dawn on people that our mistake was not insufficient reverence for scientists, or inadequate respect for expertise, or not enough censorship on Facebook. It was a failure to think critically about all of the above, to understand that there is no such thing as absolute expertise. Think of all the disasters of recent years: economic neoliberalism, destructive trade policies, the Iraq War, the housing bubble, banks that are “too big to fail,” mortgage-backed securities, the Killary Clinton campaign of 2016 — all of these disasters brought to you by the total, self-assured unanimity of the highly educated people who are supposed to know what they’re doing, plus the total complacency of the highly educated people who are supposed to be supervising them.

Then again, maybe we are wrong to roll out all this speculation. Maybe the lab-leak hypothesis will be convincingly disproven. I certainly hope it is. But ….

But even if it inches closer to being confirmed, we can guess what the next turn of the narrative will be. It was a “perfect storm,” the experts will say. Who could have known? And besides (they will say), the origins of the pandemic don’t matter anymore. Go back to sleep. 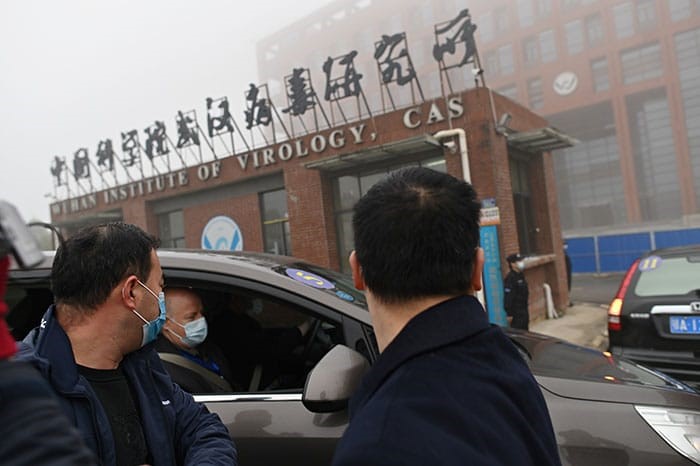 Members of the World Health Organization (WHO) team investigating the origins of the COVID-19 coronavirus arrive by car at the Wuhan Institute of Virology on February 3, 2021 (Photo by HECTOR RETAMAL/AFP via Getty Images).

Several of the WHO team members have strong connections with the Chinese Communist party like one member of the team, the Dutch Marion Koopmans, who was closely linked to research projects in China conducted over the previous 9 years. 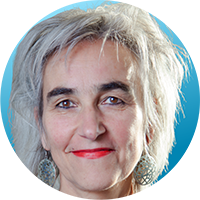 Maria Petronella Gerarda Koopmans (* 1956) is the Head of the Erasmus MC Department of Viroscience in Rotterdam, the Netherlands. Her focus areas are Emerging Infectious Diseases, Foodborne Diseases, Noroviruses, Veterinary Medicine and collaboration with the Chinese Communist Party (CP) and it is military in collaborative Gain-of Function research 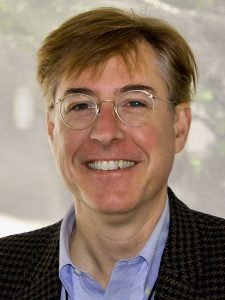 Thomas Frank (*1965) is a Guardian US columnist. He is the author, most recently, of The People, No: A Brief History of Anti-Populism