What You Don’t Know Could Hurt You: Novavax’s ‘Loud-and-Clear’ Nanoparticle Adjuvant

(with thanks to Children’s Health Defense) 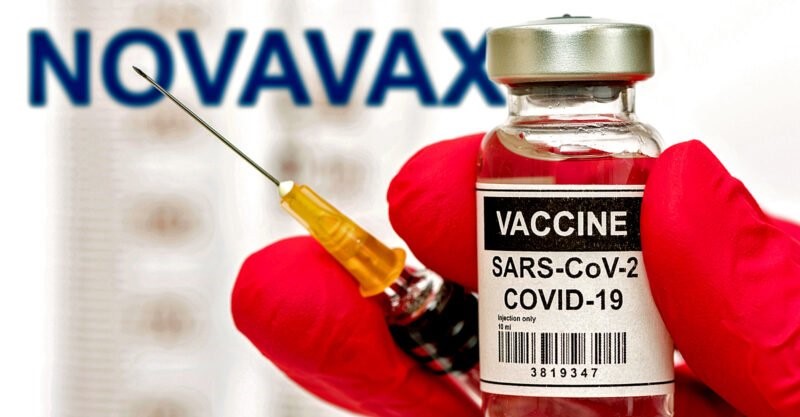 Dr. Robert Gorter: It takes four to six years, to develop a vaccine and determine its possible efficacy and (long-term) toxicity. Endlessly, I have asked pharmaceutical companies involved how they could determine both most important qualities in a few months. Or, my requests as a clinician and researcher were ignored or I received the explanation that we have to deal with a status A virus with no cures known to man, and they were developed under the Emergence Act.

In recent months, COVID-19 vaccination in the U.S. has “slowed to a crawl” as an increasingly distrustful public says “no thanks” to primary shots and boosters.

On Tuesday, July 12th, 2022, advisors to the Centers for Disease Control and Prevention (CDC) — perhaps believing they can reverse the slowdown in “vaccine uptake” and without admitting to the ravages caused by the Pfizer/BioNTech, Moderna, and Johnson & Johnson (J&J) shots — unanimously recommended the “Novavax COVID-19 Vaccine, Adjuvanted.”

Last week, the U.S. Food and Drug Administration (FDA) granted Novavax Emergency Use Authorization (EUA) for its COVID-19 vaccine, for adults aged 18 and up.

Back in 2020, Operation Warp Speed awarded Novavax — another company that like Moderna, never brought a product to market before COVID-19 — a secret contract worth $1.6 billion (now being reported as $1.8 billion).

It was one of the largest taxpayer handouts channeled through Operation Warp Speed.

The media’s obliging sales pitch is that the Novavax injection is a “game changer” in comparison to the mRNA and adenovirus-vectored gene therapy shots, and should be “reassuring to those who are hesitant.”

In fact, according to the CDC’s advisors, the unvaccinated represent the “primary target population for Novavax.” 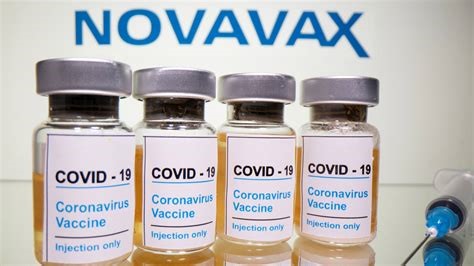 Novavax Inc’s COVID-19 vaccine was 96% effective in preventing cases caused by the original version of the coronavirus in a late-stage trial conducted in the United Kingdom, the company said.

However, the day after the FDA issued its Novavax authorization, the European Medicines Agency (EMA) made its own announcement, stating it was updating its product information for the Novavax COVID-19 shot to disclose “new” side effects.

The EMA’s list of side effects included “severe allergic reaction (anaphylaxis shock) and unusual or decreased feeling in the skin” (called paresthesia and hypoesthesia, respectively).

In addition, the EMA said it is assessing myocarditis and pericarditis as Novavax side effects — safety signals that also were on display in the FDA’s briefing document.

And in clinical trials, older adults who received the Novavax vaccine experienced a significantly increased incidence of hypertension compared to those in the placebo group.

In short, as reported last week and last month by The Defender, the evidence contradicts Novavax’s downplaying of its vaccine’s association with heart problems and other side effects.

Unaware of any potential cardiac risks, die-hards who have swallowed the slanted Novavax messaging blithely suggested in online comments that they would take bizarre skin problems over the heart problems they associate with other COVID-19 vaccines any day.

Adjuvants — ‘leave them out if you can’

Adjuvants sometimes referred to as “the immunologist’s dirty little secret,” are components of at least 90% of all vaccines. They are supposed to “stimulate and enhance the magnitude and durability of the immune response.”

Additional adjuvant actions include modifying or broadening the immune response in certain age groups (such as infants and older adults) who tend not to respond to vaccines as strongly as vaccine makers would like, increasing the body’s uptake of the vaccine antigen and protecting the antigen “from degradation and elimination.”

For these reasons, Dr. Martin Friede — lead scientist at the World Health Organization’s (WHO) Initiative for Vaccine Research — candidly remarked to other global vaccine insiders in late 2019, “We do not add adjuvants to vaccines because we want to do so” but out of perceived necessity.

“The first lesson is, while you’re making your vaccine, if you can avoid using an adjuvant, please do so. Lesson two is, if you’re going to use an adjuvant, use one that has a history of safety. And lesson three is, if you’re not going to do that, think very carefully.”

Undermining these seeming appeals to safety, Friede has since gone on to shill for Pfizer’s COVID-19 shot and for mRNA vaccine technology more broadly.

For many decades, aluminum-based and mercury-based adjuvants were the only game in town.

However, with the burgeoning of nanotechnology and encouragement from sponsors like the National Institutes of Health (NIH), manufacturers shifted gears toward a new generation of “novel” nanotech adjuvants designed to not only amplify vaccine responses but also serve as carrier systems that distribute the vaccine’s payload to “key cells of the immune system.”

Generally left unmentioned in the hype surrounding this next generation, nanoparticle-based adjuvants are abundant evidence of nanoparticle toxicity.

They also cautioned that in the cells, “nanomaterials may be taken up by cell mitochondria and the cell nucleus,” with the potential for DNA mutation (gene manipulation), structural damage to mitochondria, and cell death.

Nevertheless, in pre-COVID-19 studies of experimental vaccines containing Novavax’s Matrix-M, researchers waxed enthusiastic about the nanoparticle-based adjuvant’s “significant” and “potent” action — including its strong “immunostimulatory properties” even without any accompanying antigen.

As Novavax explains it (for some reason putting the word “adjuvant” in quotes), “The spike protein is the ‘signal,’ but … we want your immune system to hear that signal loud and clear and that signal boost comes from our Matrix-M ‘adjuvant.’”

Not unlike the lipid nanoparticle “carrier systems” in the Pfizer and Moderna COVID-19 injections, the “immunostimulant” Matrix-M adjuvant includes two types of fat molecules — cholesterol and phospholipids — bundled with detergent-like saponins.

In human biology, phospholipids are essential for the proper functioning of cell membranes. But in the vaccine laboratory, synthetic versions are viewed as “essential components of advanced vaccines.”

Unheeded by the pharmaceutical industry is the fact that up to 5% of healthy individuals are estimated to harbor antiphospholipid antibodies, produced in a “mistaken” autoimmune response.

Researchers have also linked the autoantibodies to the risk of antiphospholipid syndrome (APS), an autoimmune disorder characterized by recurring blood clots as well as fetal loss, fetal growth retardation, and other obstetric complications.

Although researchers claim to be baffled as to why some people develop APS, studies have noted the emergence of APS and other autoimmune conditions following receipt of numerous vaccines, including those against tetanus, influenza, human papillomavirus (HPV) — and now COVID-19.

In a study published in August 2021, the authors suggested that in people with preexisting antiphospholipid antibodies, both the mRNA and adenovirus-vectored COVID jabs — and presumably other types such as the Novavax injection — could plausibly function as “the straw that breaks the camel’s back,” triggering “aberrant activation of the coagulation pathway causing, among other things, ITP.”

Will the unvaccinated public take the bait?

In 2005, the EMA mused that while new adjuvants often had trouble gaining approval due to safety concerns such as “acute toxicity and the possibility of delayed side effects … an increased level of toxicity may be acceptable if the benefit of the vaccine is substantial.”

In a 2017 study, investigators studying Matrix-M approvingly noted that “rapid activation” of the immune system “is highly desirable in adjuvants used for emergency vaccination.”

With its authorization of Novavax’s souped-up COVID-19 jab, the FDA appears to have endorsed both of these views.

Outside the U.S., Novavax’s potent adjuvant also is being test-driven in children in the African nation of Burkina Faso, where almost 1 in 10 of the unfortunate toddlers who received an experimental Matrix-M-containing malaria vaccine withdrew or were “lost to follow-up” before or just after the third dose.

Acknowledging only seven serious adverse events, the researchers concluded, “None … were attributed to the vaccine.”

Does Novavax even take its product seriously?

In a comment posted at Yahoo! Finance, a person who signed up for the Novavax clinical trials and then, after researching the untried company, decided to withdraw, noted the doctor running the trial and responded, “Oh sure, that’s fine. You want to wait and get one of the real vaccines.”

In another sign of Novavax’s lackadaisical corporate attitude, the labels on the COVID-19 vaccine vials will contain no information about expiration dates, forcing healthcare providers into using an “online expiry date checker tool,” which CDC advisors acknowledge could be both burdensome and a source of “mistakes and confusion.”

The Merriam-Webster dictionary defines a “nova” as “a star that suddenly increases its light output tremendously and then fades away to its former obscurity in a few months or years.”

Will we say the same for “Nova”-vax’s shot in a few months or years?