Robert Gorter, MD, PhD participated in a four-day hyperthermia conference in Kyoto (June 14th through 18th, 2004), Japan. This international conference was organized by the Kadota Fund and many international speakers gave oral presentations. There were poster sessions every morning.

Here, the participants were greeted by the Chair of the Kadota Fundation in a formal address and gala dinner afterwards. There were about 800 participants, including form Italy, the Netherlands, Germany and the USA.

Robert Gorter gave two oral presentations: one on Local Hyperthermia and one on “Fever-Range, Total-Body Hyperthermia”. The meeting was organized with the purpose to bring researchers from all over the world together for exchange of (new) ideas and to formulate (collaborative) studies in various areas of interest.

Dr. Gorter met with Dr. Cobi van der Zee from Rotterdam, the Netherlands. They met very amicable in coffee and lunch breaks and in podium discussions. Later, Dr. Cobi van der Zee expressed other opinions as before, and many assumed that she was threatened by the very different technique Robert Gorter used and his remarkable results in cancer patients: results she could not document by far.

Robert Gorter would return to Kyoto in 2010; also by the invitation by the Kadota Foundation.Read more about this conference several years later 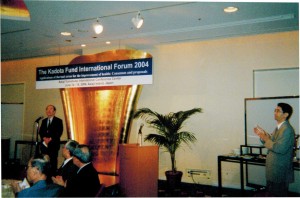 Here, the participants were greeted by the Chair of the Kadota Fundation in a formal address and gala dinner afterwards. There were about 800 participants, including form Italy, the Netherlands, Germany and the USA. 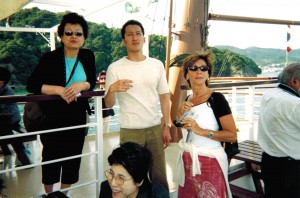 Robert Gorter participated in an one-day trip to an area near to Osaka where two gulf streams from two different oceans come together and where by the very strong currents the water turns into powerful vertexes. Only skilled captains on powerful boats can sail these areas. 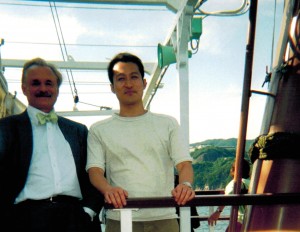 Robert Gorter caught on the boat to the strong whirlpools and during the day with this bright and communicative medical student who was at Robert Gorter’s side all day. 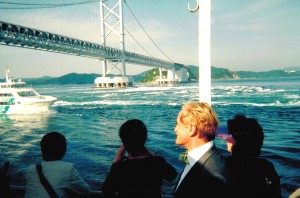 Also, there are many islands which are all inter-connected by bridges, as seen here. Notice the whirlpool effect of the two currents bumping into each other. 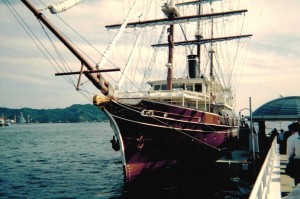 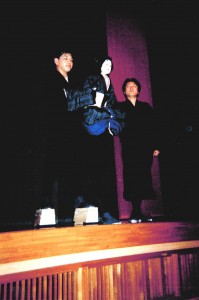 Robert Gorter attended a traditional Japanese puppet play and although it was in Japanese, and he could not understand much, he read the story beforehand and could still enjoy the show, nevertheless. 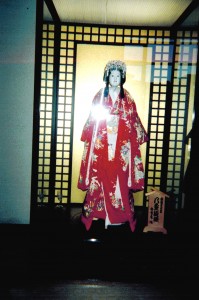 One of the figures that play a role in traditional Japanese theater was portrayed here.