Scientists say insects are vital and the losses worrying, with accelerating declines in Europe called ‘shocking’ 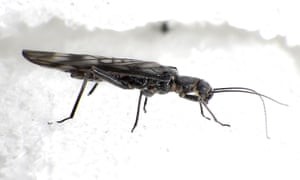 The western glacier stonefly is endangered because climate change and increasing melting the glaciers; and pollution plays a role too.

The biggest assessment of global insect abundances to date shows a worrying drop of almost 25% in the last 30 years, with significant accelerating declines in Europe that shocked scientists.

The analysis combined 166 long-term surveys from almost 1,700 sites and found that some species were bucking the overall downward trend. In particular, freshwater insects have been increasing by 11% each decade following action to clean up polluted rivers and lakes. However, this group represents only about 10% of insect species and do not pollinate crops. 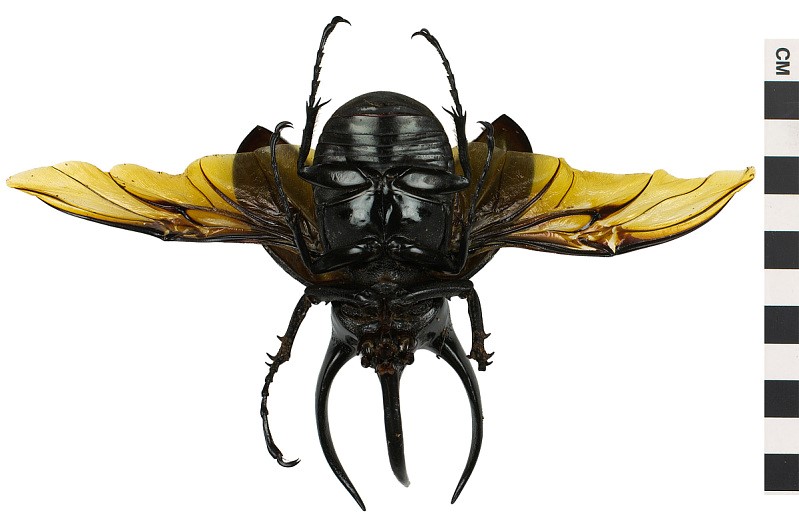 Researchers said insects remained critically understudied in many regions, with little or no data from South America, south Asia and Africa. Rapid destruction of wild habitats in these places for farming and urbanization, and the use of pesticides and Round Up is likely to be significantly reducing insect populations, they said.

There are approx. 1,2 million species of insects and insects are by far the most varied and abundant animals, outweighing humanity by 17 times, and are essential to the ecosystems humanity depends upon. They pollinate plants, are food for other creatures and recycle nature’s waste (thinks of ants)

The previous largest assessment, based on 73 studies, led scientists to warn of “catastrophic consequences for the survival of mankind” if insect losses were not halted. Its estimated rate of decline was more than double that in the new study. Other experts estimate 50% of insects have been lost in the last 50 years. 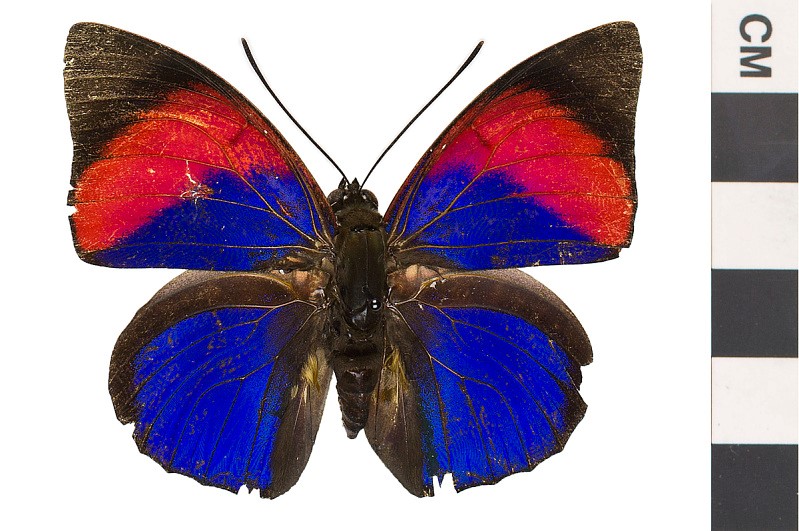 Recent analyses from some locations have found collapses in insect abundance, such as 75% in Germany and 98% in Puerto Rico. The new, much broader study found a lower rate of losses. However, Roel van Klink, of the German Centre for Integrative Biodiversity Research in Leipzig, who led the research, said: “This 24% is definitely something to be concerned about. It’s a quarter less than when I was a kid. One thing people should always remember is that we really depend almost completely on insects for our food.”

The research, published in the journal Science, also examined how the rate of loss was changing over time. “Europe seems to be getting worse now – that is striking and shocking. But why that is, we don’t know,” said van Klink. In North America, the declines are flattening off, but at a low level. 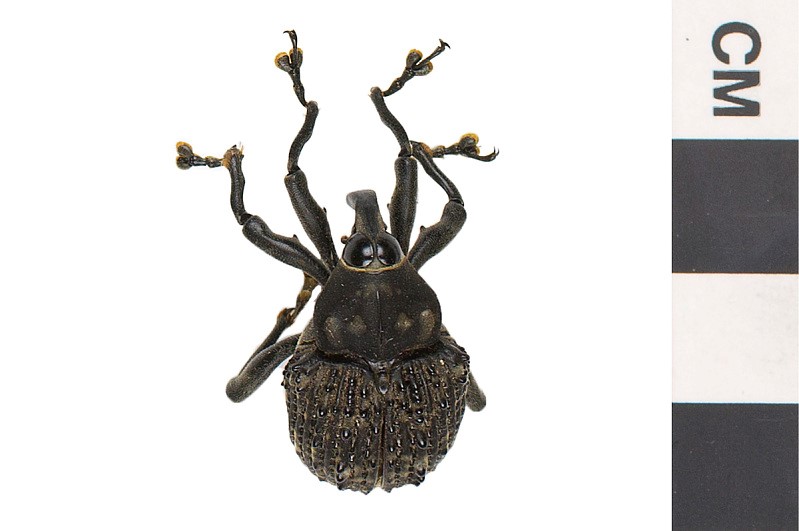 It has long been recognized and documented that insects are the most diverse group of organisms, meaning that the numbers of species of insects are more than any other group. In the world, some 900 thousand different kinds of living insects are known. This representation approximates 80 percent of the world’s species. The true figure of living species of insects can only be estimated from present and past studies. Most authorities agree that there are more insect species that have not been described (named by science) than there are insect species that have been previously named. Conservative estimates suggest that this figure is 2 million, but estimates extend to 30 million. In the last decade, much attention has been given to the entomofauna that exists in the canopies of tropical forests of the world. From studies conducted by Terry Erwin of the Smithsonian Institution’s Department of Entomology in Latin American forest canopies, the number of living species of insects has been estimated to be 30 million. Insects also probably have the largest biomass of the terrestrial animals. At any time, it is estimated that on an average, there are some 10 quintillion (10,000,000,000,000,000,000) individual insects alive.

In the United States, the number of described different species is approximately 91,000. The undescribed species of insects in the United States, however, is estimated at some 73,000. The largest numbers of described species in the U.S. fall into four insect Orders: Coleoptera (beetles) at 23,700, Diptera (flies) at 19,600, Hymenoptera (ants, bees, wasps) at 17,500, and Lepidoptera (moths and butterflies) at 11,500.

Several enlightening studies have been conducted involving the numbers of individual insects in a given area. In North Carolina, soil samples to a depth of 5 inches yielded a calculation that there were approximately 124 million animals per acre, of which 90 million were mites, 28 million were springtails, and 4.5 million were other insects. A similar study in Pennsylvania yielded figures of 425 million animals per acre, with 209 million mites, 119 million springtails, and 11 million other arthropods. Even specific insect species have been found to be quite numerous, with calculations of from 3 to 25 million per acre for wireworms (larvae of click beetles). 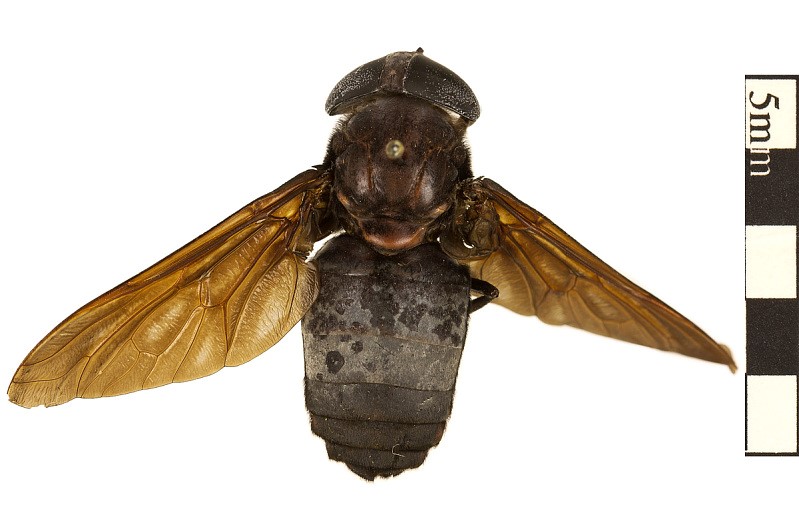 These great numbers of insect species and individuals were created by a number of factors including their long geological history, the capability of flight, their small size that allows survival in many various habitats, their ability to store sperm for delayed fertilization, and their general adaptive abilities to the environment. Insects have remarkable fertility and reproductive abilities, which have usually led to the vast numbers of individuals in nature. East African termite queens have been recorded to lay an egg every two seconds, amounting to 43,000 eggs each day. To appreciate the population potentials of insects the example of the housefly is sometimes used, stating that the descendants of one pair of this insect, provided that they all survived during a five month season, would total 190 quintillion individuals.

Recent figures indicate that there are more than 200 million insects for each human on the planet! A recent article in The New York Times claimed that the world holds 300 pounds of insects for every pound of humans.

Elsewhere, data is much sparser. “But we know from our results that the expansion of cities is bad for insects because every place used to be more natural habitat – it is not rocket science,” said van Klink. “This is happening in east Asia and Africa at a rapid rate. In South America, there is the destruction of the Amazon. There’s absolutely no question this is bad for insects and all the other animals there. But we just don’t have the data.”

Van Klink said the research showed that insects were faring only slightly better in nature reserves than outside protected areas. “We found that very striking and a bit shocking – it means something’s going wrong there.” 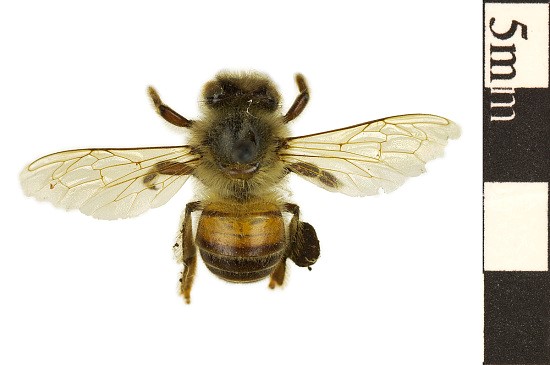 Losses of insects are driven by habitat destruction, pesticides, artificial fertilizers, Round-Up and light pollution. The impact of the climate crisis was not clear in the research, despite obvious local examples. Van Klink said changes in heat and rain could harm some species while boosting others, even in the same location.

But he highlighted another study showing that rising carbon dioxide levels are reducing the nutrients in plants and significantly cutting grasshopper abundances on prairies in Kansas, US. ”That is absolutely shocking, because that could be happening all over the world.”

Prof Dave Goulson, of the University of Sussex, who was not involved in the new analysis, said: “People should be as concerned as ever about insects. It is great news that some aquatic insects seem to be increasing, probably from a very low level. But the bulk of insects are terrestrial and this new study confirms what was already clear: they have been declining for many decades.” 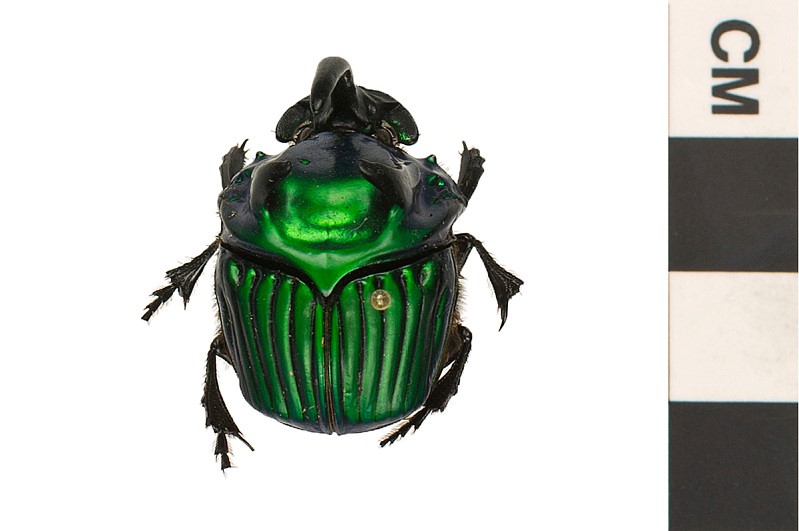 Matt Shardlow, the head of the conservation charity Buglife, said: “Many insect species are threatened with extinction and this study shows insect abundance is also declining at an unsustainable rate. While the estimate in this study is lower than some, it is still very steep. Massive abundance declines in flying insects remains a developing ecological disaster.

In a comment article in Science, Maria Dornelas, of the University of St Andrews, and Gergana Daskalova, of the University of Edinburgh, said the new study was the largest and most complete meta-analysis to date. “Embracing nuance allows us to balance accurate reporting of worrying losses with hopeful examples of wins,” they said.

Van Klink said: “We definitely have a lot of reasons for concern, but I hope it is not too late. The increase in freshwater species makes us at least hopeful that if we put the right legislation in place, we can reverse these trends.” The pollinizing insects are our greatest concern. 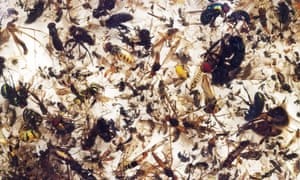 The world’s insects are hurtling down the path to extinction, threatening a “catastrophic collapse of nature’s ecosystems”, according to the first global scientific review.

More than 40% of insect species are declining and a third are endangered, the analysis found. The rate of extinction is eight times faster than that of mammals, birds and reptiles. The total mass of insects is falling by a precipitous 2.5% a year, according to the best data available, suggesting they could vanish within a century.

The planet is at the start of a sixth mass extinction in its history, with huge losses already reported in larger animals that are easier to study. But insects are by far the most varied and abundant animals, outweighing humanity by 17 times. They are “essential” for the proper functioning of all ecosystems, the researchers say, as food for other creatures, pollinators and recyclers of nutrients.

Insect population collapses have recently been reported in Germany (70%) and Puerto Rico, (95%) but the review strongly indicates the crisis is global. The researchers set out their conclusions in unusually forceful terms for a peer-reviewed scientific paper: “The [insect] trends confirm that the sixth major extinction event is profoundly impacting [on] life forms on our planet.

“Unless we change our ways of producing food, insects as a whole will go down the path of extinction in a few decades,” they write. “The repercussions this will have for the planet’s ecosystems are catastrophic to say the least.”

Robert Gorter: Rudolf Steiner (1861-1925) was the father of bio-dynamic agriculture. 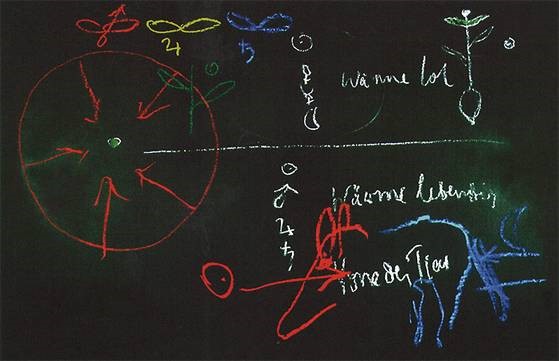 Taking hold of and developing the farm as a living whole is one of the most important principles of the biodynamic Impulse. In particular, Rudolf Steiner, PhD (1861-1925) introduced three concepts as he speaks of the farm organism, of the farm as an individuality and in lecture 8 of the ego-organization in the second decade of the 20th century. These concepts can be sources of inspiration in order, time and again, to come a step further in our understanding, in one’s observation and in our structuring and shaping of our farms.

If one conceive of an agriculture as an organism – whether it is an individual farm, a village or a valley –, then we are speaking of an organism that has been formed through cultivation from nature underlying it. The model for example can be seen in natural organisms in the way in which they are formed, especially with mammals. In their case the particular organs are there to totally serve the whole. Correspondingly in the farm organism the particular branches of farm work become organs of the farm organism. This opens up a new view of the part that is now seen as an organ, i.e. is there to serve the whole and from this whole receives a large part of its task. The organism is self-contained, that is its principle. This is possible through great inner diversity, on the one hand, and, on the other hand, through a self-contained cycle of substances via fertilizers – soil – feed. 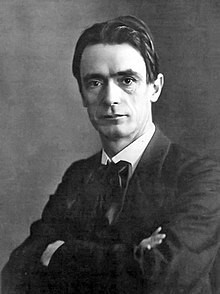 Steiner, by introducing the term ‘agricultural individuality’, actually introduces a cultural concept into agriculture and thus transcends the framework of classical agronomy. The human being as an individuality becomes the model for the farm as a complete entity. Thus, it is taken beyond the concept of the organism only.

A place that has been developed in the sense of a whole entity and has been cared for over the years – farm, garden, park or valley – develops within itself all the elements, which nature has produced so comprehensively. From this strained relationship between the particular and the universal the identity of the farm is established.

Prepared by the Department of Systematic Biology, Entomology Section,