During his period in San Francisco from 1982 till 1992, each year Robert Gorter volunteered to be the “doctor on duty” during the annual Christmas party organized by the AIDS Foundation and other non-profit organizations at City Hall. Therefore, under his supervision, in collaboration with the City of San Francisco, it became quickly an annual tradition to throw a big Christmas party for HIV/AIDS patients with a voluptuous brunch donated by local restaurants and cafes.

Many big and small local and regional stars would perform for all those present. Robert Gorter was present to make sure that in a not-impossible event a patient would get acutely ill or collapse, a doctor knowledgeable about HIV/AIDS could assist immediately….  the average number of attendees grew to about 2.500 by the end of the 1980′s. Of course, a Santa Claus would be present and loved to have as many people on his lap as possible.

The City and County of San Francisco made available for this yearly event the large foyer where also in 1947 the United Nations were founded. It had been the intent for the people in charge at that time to have the Head Quarters of the UN in California and not in New York City. It was foreseen that towards the end of the 20th century, the epicenter of our culture (and with it the economic power) would shift from the nations around the Atlantic rim (Europe and North America) towards nations around the Pacific Rim. Unfortunately, the UN Head Quarters were moved to New York and by doing so, influencing negatively the workings of the UN.

The Bill of Human Rights is an example of the development of Spirit Soul (“Bewustseinseele”) as it reflects the principles of Three-Fold Social Order and the “fingerprint” of Christian Rosencreutz, who was present. The full text of the Bill of Hman Rights can be printed on one single page and the introductionary sentence goes:

“Each human being has the right to live in dignity”

Knowing this all, Robert Gorter always felt both gratitude towards the City and County of San Francisco to have this room with so much history available for AIDS patients and sadness, knowing that the original attempt to establish the Head Quarters and Seat of the UN had failed. 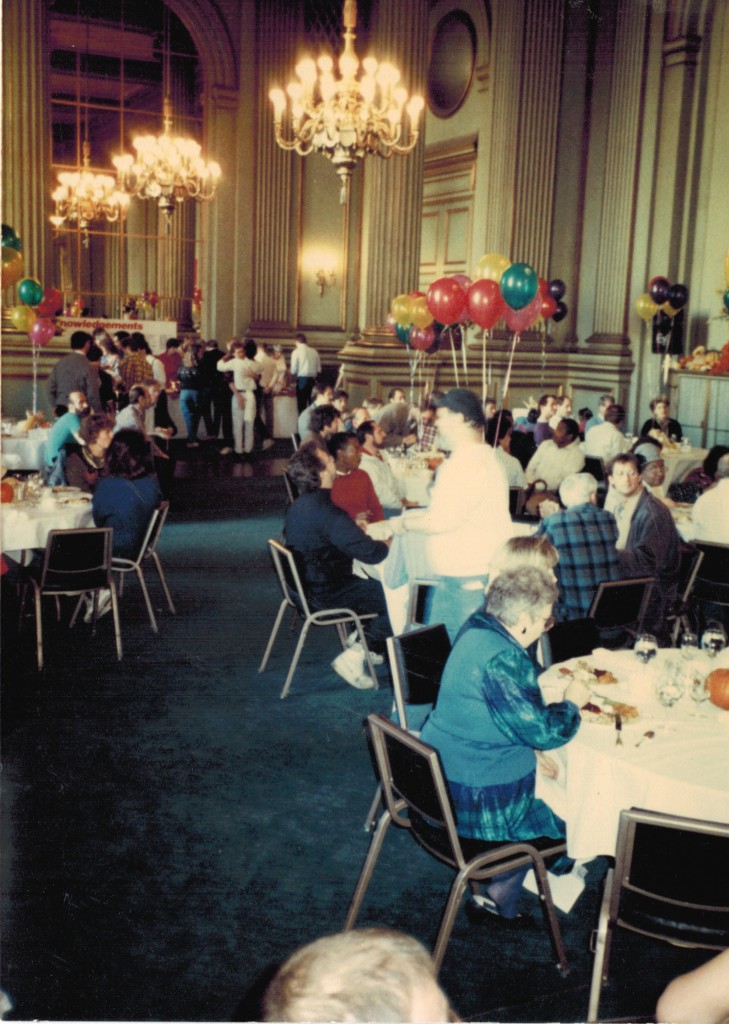 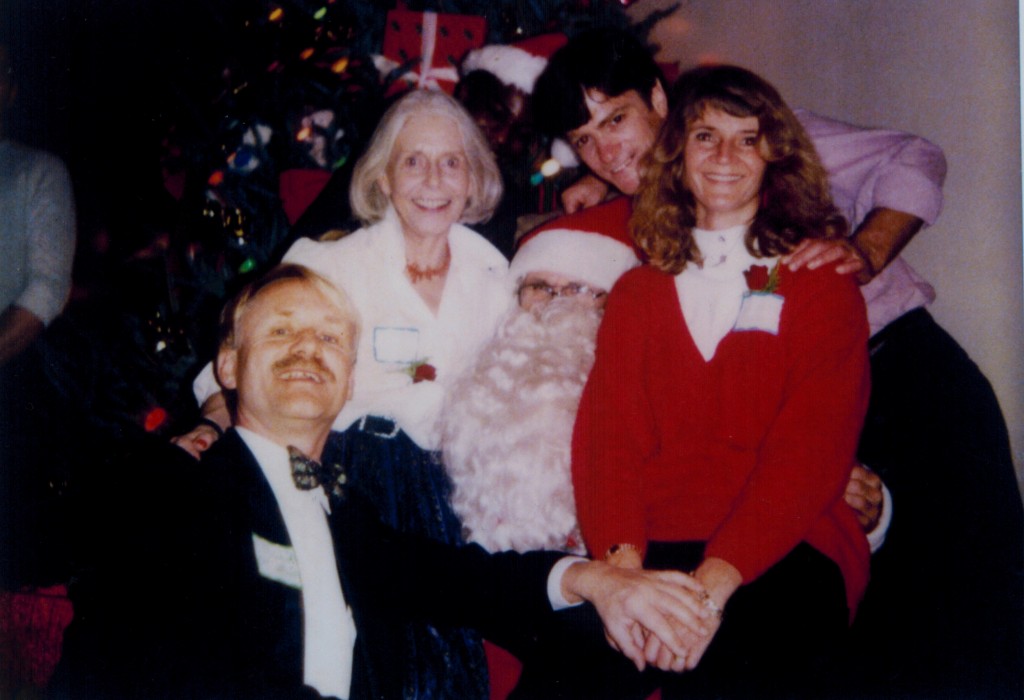 In this picture, one sees Santa Claus (obviously) in the center with Robert Gorter on his knees in front of Santa Claus (l) and behind him Annemarie who was a volunteer and substantial donor of the San Francisco AIDS Foundation. Annemarie was originally from Elten, Germany and lived with her retired husband Franz in San Francisco. To the right, two more volunteers at this Christmas party (around 1986).