‘I would go as far as to say … it looks to me that China may in fact be using this agreement to crackdown further on underground Catholics in China, and if that is the situation, then the Vatican’s actually losing ground with China,’ said Stephen Schneck. 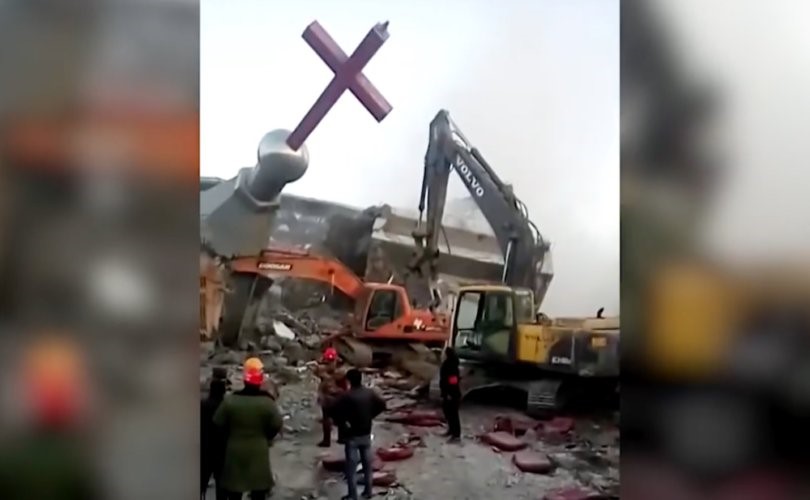 WASHINGTON, D.C. (LifeSiteNews) – A member of the United States Commission on International Religious Freedom (USCIRF) has said he is “tremendously disappointed” by what the renewed Sino-Vatican deal will mean for Chinese Catholics.

Stephen Schneck, a member of the USCIRF, told the Crux media outlet:

“I certainly understand as a Catholic that the Vatican is playing the long game here and not thinking about the immediate circumstances, but I think that these agreements have not produced any improvement in religious freedom for Catholics in China, and I think that the Holy See should really rethink its decision to dance with Xi on this whole business.”

“It’s just really hard to imagine that whatever they might be hoping for in the long game,” Schneck commented. “The immediate situation on the ground in China for Catholics is something that I think the Holy See should be concerned about.”

“I just can’t imagine what’s going on now is worth that in the future,” he continued.

“In fact, I would go as far as to say, this is my personal comment, but it looks to me that China may in fact be using this agreement to crackdown further on underground Catholics in China and if that’s the situation, then the Vatican’s actually losing ground with China, and not gaining ground at all.” 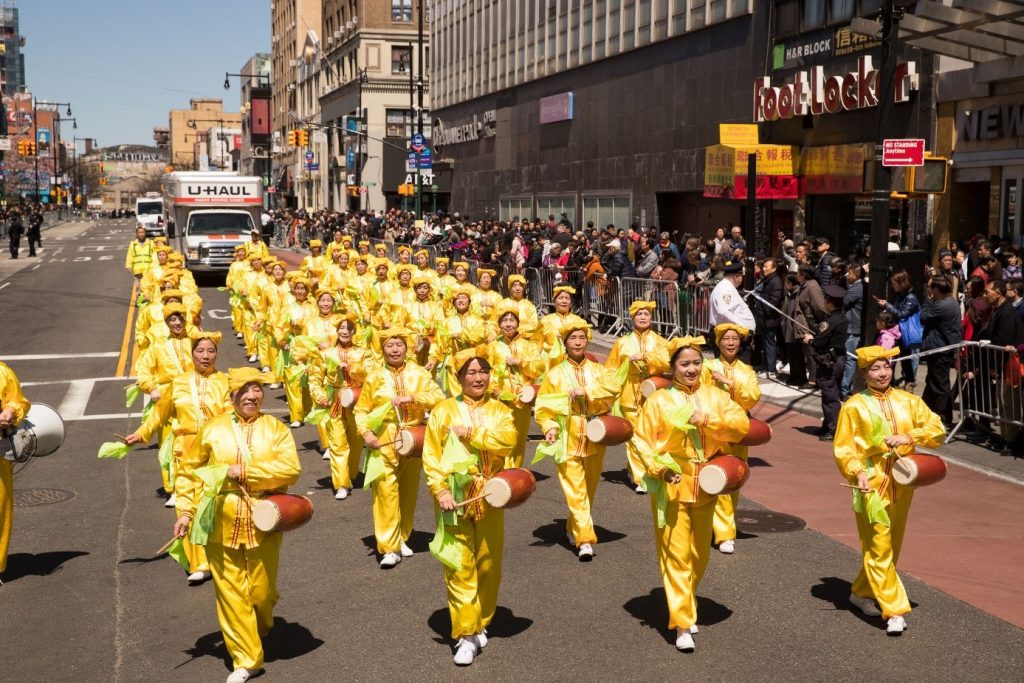 Taking issue with the Vatican allowing the CCP to have a say in the choice of bishops for Chinese Catholics, Schneck asked, “Who are the pastors for their faith? Do they come from the church or from the state?”

Schneck, himself a Catholic, was appointed by the President in June to the Commission on International Religious freedom after more than two decades of experience in the field. Schneck joined eight other members from various denominations and religions.

“I think the Church’s teachings on solidarity, on the common good, on religious liberty itself, I think very much inform my sensitivities to the challenges that religious communities around the globe are facing,” Schneck said at the time of his appointment. “It’s a part of who I am and of course, it shapes the way I look at the world, and I think that will add a dimension to my work on the commission.” 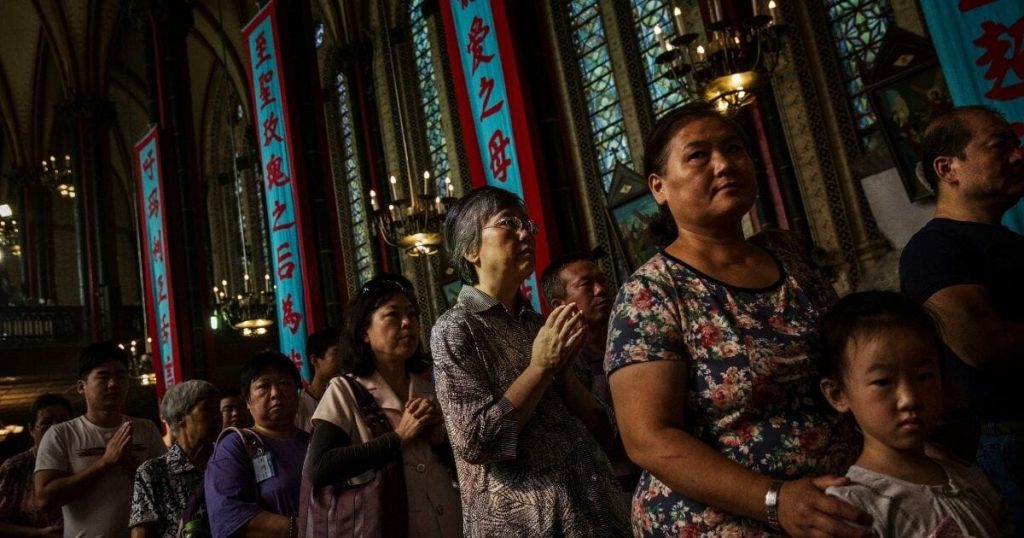 “China’s ruling Communist Party has carried out a widespread crackdown on all religious institutions in recent years, including bulldozing churches and mosques, barring Tibetan children from Buddhist religious studies and incarcerating more than a million members of Islamic ethnic minorities in what are termed ‘re-education centers’” Fox News reports. “President Xi Jinping, who has been installed life-long,  is also party leader, has ordered that all religions must ‘Sinicize’ to ensure they are loyal to the officially atheistic party or face the wrath of the Communist regime.” If believers in China attend a church that the government deems disloyal, they risk great persecution.

The USCIRF, an independent, bipartisan federal commission, closely monitors issues of religious freedom throughout the world, publishing an annual report and recommendations to the U.S. government and Congress.

The Commission’s report in April 2022 recommended that the U.S. “redesignate China as a ‘country of particular concern,’ or CPC, for engaging in systematic, ongoing, and egregious violations of religious freedom, as defined by the International Religious Freedom Act (IRFA).”

In the “Key Findings” on China, the report stated,

In 2021, religious freedom conditions in China deteriorated. The government continued to vigorously implement its “sinicization of religion” policy and demand that religious groups and adherents support the Chinese Communist Party’s (CCP) rule and ideology… Throughout 2021, the State Administration for Religious Affairs (SARA)—a government agency under the direct control of the CCP’s United Front Work Department (UFWD)— and other agencies issued new legal measures, imposing further restrictions on clergy, religious schools, and religious content on the internet. Although China recognizes Buddhism, Catholicism, Islam, Protestantism, and Taoism, adherents of groups with perceived foreign influence—such as underground Catholics, house church Protestants, Uyghurs, and other Muslims, and Tibetan Buddhists—and those from other religious movements, such as Falun Gong and the Church of Almighty God, are especially vulnerable to persecution.

Despite the Vatican-China agreement on bishops appointments, authorities continue to harass and detain underground Catholic priests who refuse to join the state-controlled Catholic association, such as Bishop Joseph Zhang Weizhu of Xixiang, Hebei Province.”

The report noted that “China is officially an atheist state… The CCP, whose members are banned from believing in or practicing any faith, has long repressed religious freedom, and in recent years it has become increasingly hostile toward religion, implementing campaigns to ‘sinicize’ Islam, Tibetan Buddhism, and Christianity to rid them of alleged ‘foreign’ influences. These policies require religious groups to support CCP rule and its political objectives, including by altering their religious teachings to conform to CCP ideology and policy. Both registered and unregistered religious groups and individuals who run afoul of the CCP face harassment, detention, arrest, imprisonment, and other abuses.”

In a detailed fact sheet on China’s newest Measures on the Management of Religious Clergy, the USCIRF noted the Measures:

…subject clergy of the five state-sanctioned religious groups in China—the Buddhist Association of China, the Chinese Taoist Association, the Islamic Association of China, the Protestant Three-Self Patriotic Movement, and the Chinese Patriotic Catholic Association—to even tighter state control and surveillance. They also impose penalties for clergy who violate a complex web of state rules and policies aimed at curtailing religious freedom. Moreover, the Measures effectively ban religious activity by independent religious clergy who are not part of the five state-sanctioned religious groups.“

The Measures expressly target high-level Tibetan Buddhist and Catholic clergy, specifying unique ordination or recognition requirements for clergy of these two groups. The special attention paid to the clergy recognition processes for Tibetan Buddhism and Catholicism demonstrates the Chinese government’s heightened political sensitivity toward these two religions with perceived foreign connections. Furthermore, state-sanctioned religious groups, working with and under the supervision of the RABs, may punish clergy for violating government rules and regulations. More serious offenses— particularly those related to “illegal religious activities, religious extremism, separatism, terrorism, and engaging in religious activities under the foreign influence”—are subject to criminal prosecution under Article 73 of the 2018 Regulations on Religious Affairs.

The Commission also named Jimmy Lai, a Catholic journalist and political activist, as a “religious prisoner of conscience.” Lai was recently declared guilty on charges of fraud, a verdict loudly denounced as spurious by the U.S State Department, a dozen U.S senators, and the international Committee to Protect Journalists. The verdict was seen as a political effort to silence freedom of the press and intimidate religious and political opposition to China’s violations of freedom in Hong Kong.