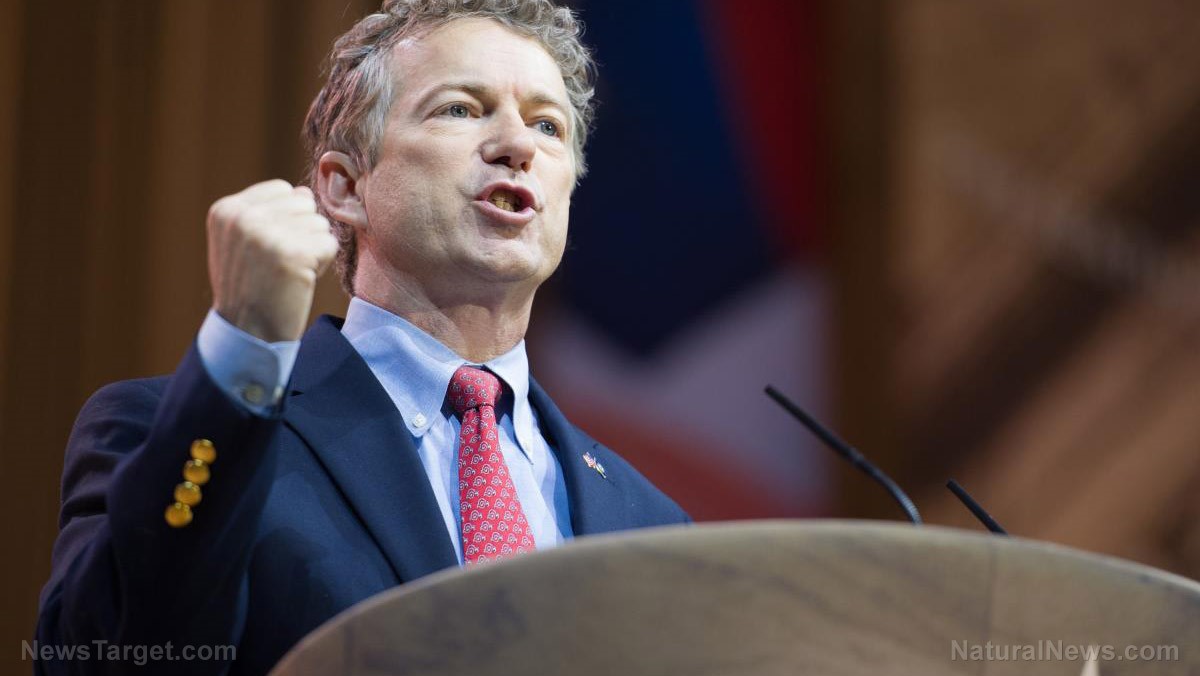 Is Dr. Anthony Fauci lying about Wuhan coronavirus (Covid-19) “vaccines” in an effort to hoodwink parents into getting their children injected? It would certainly seem that way.

Senator Rand Paul of Kentucky agrees, having stated in a recent interview that none of the “experts” are following the science as they push to have all age groups, including babies, jabbed for Chinese Germs.

Truth be told, the chances of someone under the age of 25 dying from the Wuhan Flu is basically zero. And yet almost nobody in any position of authority is willing to acknowledge this fact.

“It’s hard to tell why the former president of the AMA (American Medical Association) wouldn’t know this knowledge,” Sen. Paul wondered about why nobody is speaking out against this travesty.

“When you’re there, though, it’s kind of like a pep rally. It’s a pep rally for getting everybody to take the vaccine and why everybody should do it. It’s not a thoughtful presentation about ‘these are the risks and the benefits, and this is why your risk of the disease is much greater.’”

The risk of testing “positive” for the Fauci Flu and subsequently dying is about one in a million. And yet the medical deep state is endlessly droning on about how everyone needs to get injected to help “flatten the curve.”

“They shouldn’t just tell us, ‘don’t think about it, just get vaccinated,’” Sen. Paul added about the misguided medical advice coming from the government.

You can watch the full clip with Sen. Paul below:

If someone already had the natural infection with COVID-19, why would that person now need one or more injections?

Another thing that almost nobody is talking about is whether or not those who previously tested positive for the Chinese Virus in any way benefit from getting the jab: likely not.

Nobody is looking into the matter of trying to study it, instead of resorting to just pushing the injections on everyone, regardless of age, health, or previous infection status and immunity.

“When Dr. Fauci was asked how many people who have been vaccinated already had the disease first, he has no idea,” Sen. Paul says.

“Would you not want to study that, Dr. Fauci? Because we have vaccinated so many people now. What if we vaccinated 50 million people who already had it and have built life-long immunity? And they all seem to do okay but guess what? They all had worse side effects, and we measured a bunch of them and it turns out they had enough immunity after one vaccine, not two.”

Many independent scientists are beginning to come out of the woodwork to say that those who already had the Wuhan Flu probably do not need any kind of injection. And yet; almost nobody on television or at the White House is suggesting this to the general public. In Europe, all formal institutions like the Rudolf Koch Institute (RKI) in Berlin, Germany, and the Louis Pasteur Institute in Paris, France instruct their citizens that once life-long immunity has been established, vaccinations are no longer necessary. Life-long immunity is documented by the positive quantitative anti-SARS-CoV-2 ELISA test and finally, by a reactivated T-Cell test.

The immune system is typically divided into two categories (innate and adaptive) although these distinctions are not mutually exclusive.

Innate immunity refers to nonspecific defense mechanisms that come into play immediately or within hours of an antigen’s appearance in the body. These mechanisms include physical barriers such as skin, chemicals in the blood, and immune system cells that attack foreign cells in the body. The innate immune response is activated by chemical properties of the antigen.

Also, there is a sincere concern that vaccinating individuals who already have natural immunity will respond to vaccination with a massive and well-documented antibody-enhanced response (“cytokine storm”) with fatal consequences.

“There are a lot of scientists who are recommending that if you are going to be vaccinated if you already have natural immunity, you need no injection at all,” Sen. Paul says about one approach to the situation.

“That’s probably without a doubt true, but nobody even looks at the science. The people in government are not able or even bothering to look because their head is in the sand and it is like, ‘everybody just do the same, just do as you are being told.’”

It truly is a sad state of affairs when the people who are paid to be looking out for us have all devolved into collective pseudoscientific groupthink and hugely sponsored by Big Pharma.