The Unvaccinated: An Uncomfortable Control Group in a Sinister Social Experiment 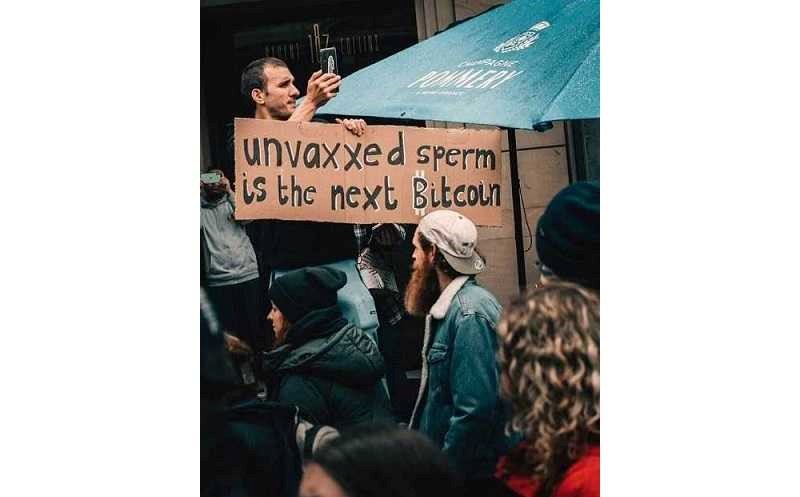 When experts did not even know whether the new vaccines were “effective at preventing symptomatic COVID-19 infections,” the government, media, corporate and public health intelligentsia incessantly pushed the stuff on Americans, proclaiming that they were 90 percent were effective, and Dr. Anthony Fauci openly assumed that we “really need to vaccinate 75 to 85 percent of the population to achieve herd immunity,” writes William Sullivan.

All this information can be found in a single article from December 2020. Today, we have the once by Dr. Fauci hypothesized “sweet spot” for vaccination coverage (at least in adults) achieved, thanks to a propaganda campaign that failed to publicize the potential risks while touting benefits that were arguably unachievable.

That’s right. Whether you are vaccinated or not, you can still contract symptomatic infections and pose an infection risk to others.

I will never trust a doctor again

These are all indisputable facts. And so it comes full circle where we started when Dr. David Katz told us in March 20, 2020, New York Times (before it became clear that the media was colluding to hide opinions or evidence that contradicted the public health status quo) that the best thing we can do is older people and those who are vulnerable to protect against infection from infection, while the rest of us get on with our lives by naturally acquiring herd immunity – that is, young and healthy people, who are not nearly as damaged by COVID infection as the vulnerable populations, their live life and gain immunity.

This has worked in Sweden. Current, sightings suggest it may have worked in Florida as well. Still, the government, the media, businesses, and public health officials are not interested in honestly informing the public about the risks and benefits of letting people make informed decisions. No, they are interested in promoting the power of government to demand that one in five unvaccinated people get vaccinated to end the pandemic.

First, the vast majority of those who have not yet been vaccinated are young and healthy people who very often would already be at low risk of harm from COVID.

Second, four out of five U.S. adults are “fully vaccinated,” so the narrative of COVID outbreaks caused only by the one in five who is unvaccinated is becoming increasingly unbelievable, even to the most gullible among Fauci’s flock.

There is an obvious danger in the government allowing the survival of this one in five disobedient people who fail to vaccinate, who have defied state-approved guidelines. They are proof of the fallibility of government health intelligentsia.

Imagine a hypothetical scenario in the not-too-distant future. It’s January 2022. Hospitals are overloaded, even though the adult vaccination rate is about 80%. Strangely enough, however, it is usually vaccinated who are hospitalized and not the young and healthy unvaccinated, who have refrained from vaccination on the basis of their logical assessment of the personal risk of a new vaccine that has been rushed to market; and that the government was only too eager to inflict on their bodies.

Imagine if we could easily determine that a large number of the unvaccinated have not been hospitalized at all and that most of the hospitalized are in fact older and unhealthier vaccinated who were already more prone to damage from COVID.

What would that mean? Would this mean that vaccination will not make people as safe as they have been promised by the government, the media, the corporations, or the public health intelligentsia?

At least that would mean it. And at this point, we shouldn’t be so foolish as to think that what’s happening is anything but harm reduction by our political tormentors who are desperately trying to hide the evidence of their lies from the American people. If the Biden administration can vaccinate 95% of Americans at any cost, even at the cost of an executive order that violates every fundamental principle the Constitution is supposed to protect, then it will be worth it to them.

Dr. Zelenko on vaccination mandate: “These are criminals of the highest order and should be tried for crimes against humanity”

The “unvaccinated” are now targeted by the government because they are an uncontrolled minority who are blamed for the ills of society, certainly. Most importantly, there is now a desperate effort to vaccinate this last fifth of American adults. The unvaccinated are an uncomfortable control group to measure against the vaccinated population variable — especially since any honest assessment of this social experiment we conducted last year would clearly undermine the government’s hypothesis about vaccine efficacy.