Ukraine: One giant poison belt, dotted with bioweapons facilities; so far, 13 Biolaboratories for Gain-of-Function have been destroyed 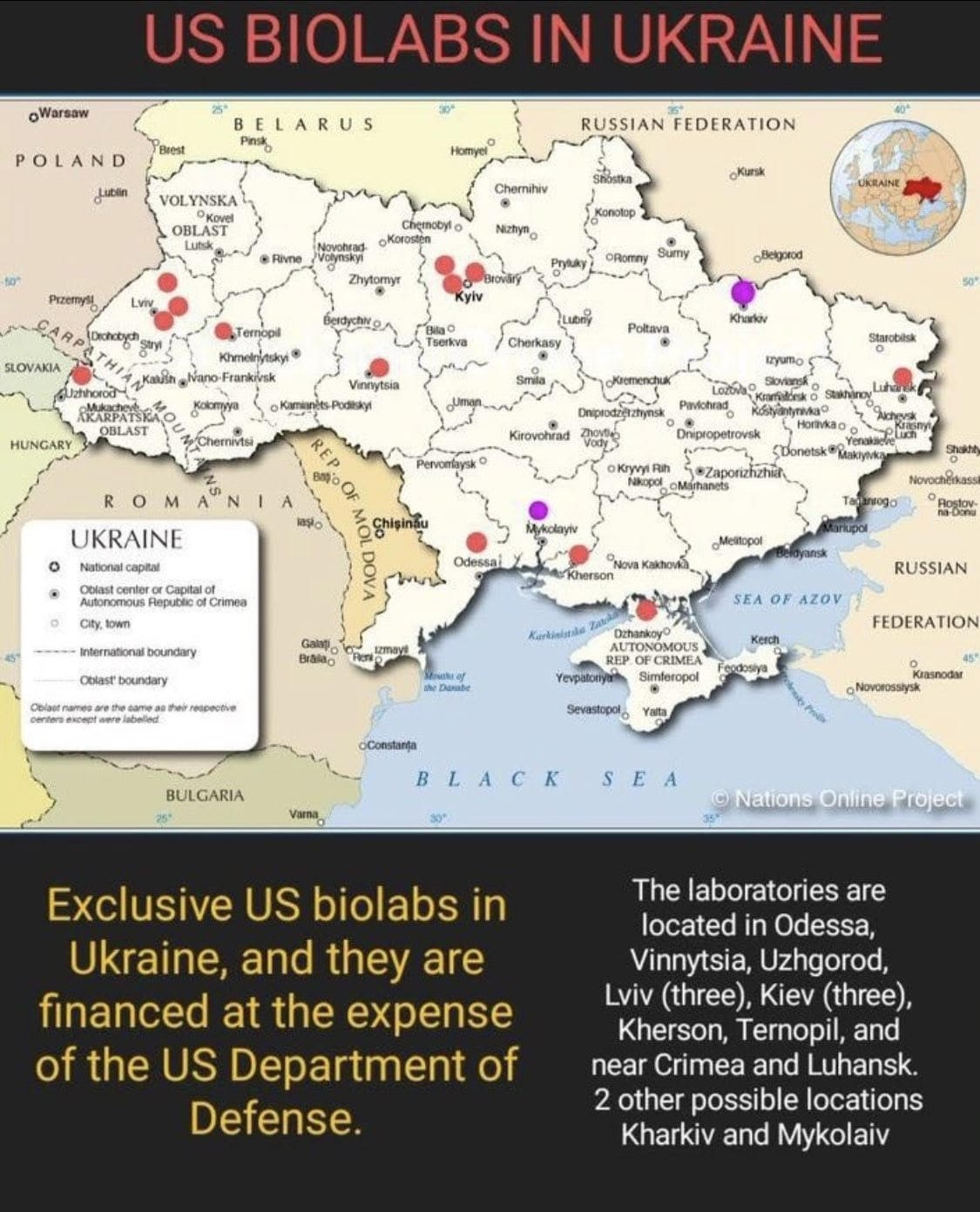 The Russian army has yet another mega job to choose: mapping the Western dump paradise Ukraine. Bioweapons factories, pesticide storage depots, chemical waste depots, radioactive materials. Everything scattered here and there and barely mapped. An environmental disaster in the making, a multiple Chernobyl. One has no idea what is being opened up to cesspools.

The now hysterical Western press no longer knows what to do with it and piles one lie after another.

On Thursday, it became clear that the Russian military had destroyed 13 bioweapons facilities in Ukraine. Some were underground and multiple heavy missile strikes were needed to ensure their absolute destruction.

The US NIH, the French Institute of Health and Medical Research, and the German Center for Infection Research – have funneled billions of dollars into the labs under the pretense of research grants.

Ukrainian President Volodymyr Zelensky was fully aware of the labs for Gain-of-Function and received bribes in exchange for continuing production clandestinely and without official supervision.

Zelensky was already notified by Russia in February 2020 with a request to dismantle the labs and warned that Russia would do it itself if Zelensky did not comply.

Israel involved, big time! Israel’s Ministry of Health and MOSSAD operated a bio lab on Snake Island, a landmass belonging to Ukraine, located in the Black Sea, near the Danube Delta.

On Thursday, a Russian Slava-class cruiser approached Snake Island and warned the residents to surrender immediately or be shelled. “We are a Russian warship and propose to lay down weapons to prevent bloodshed and unjust killing. In the worst-case scenario you will be hit by a bomb”. It was not followed up.

The Slava cruiser opened fire, destroying the island’s structures until only dust and debris remained in the aftermath of the attack. There were no survivors.

The bio lab on Snake Island, according to the Russians, had been involved in the investigation of a weaponized (self-spreading) type of airborne rabies that, if atomized, could have almost completely destroyed the Earth with a 100% fatality rate.

So much for the report from Russia.

Jon Rappoport reminds us of his 2009 report on the monstrous poison belt that the West has created in Ukraine.