The “borgification” of humanity has begun 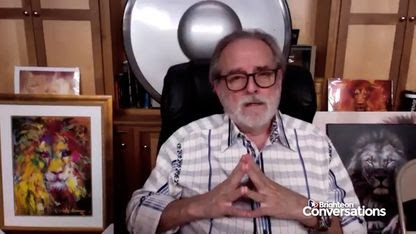 Dr. Gorter: The importance of this news is that over the last approximately 20 years, one focus of research has been the use of graphene in the modulation of human behavior and laying the foundation of trans-humanization: combining artificial intelligence with humans to “improve” their functioning, intelligence, and behavior.

Very worrying are recently published documentation that several experimental vaccines against COVID-19 (SARS-CoV-2) contain graphene/graphite oxide which will start living their own lives, so to speak, once they entered the human body by parenteral delivery.

This nanotechnology once applied to a human being, will start a life of its own, and replicate itself and produce independent systems.

The average person living today has little idea how far the development of self-assembling nanotech bio circuits has progressed. So-called “fact-checkers” (professional propagandists and liars) deliberately mislead people into thinking there’s no such thing as a self-assembling graphene-based biocircuitry system that could be feasibly injected into people and called a “vaccine,” but the published scientific literature lays out a comprehensive, well-documented body of research that shows this technology is quite real… and has been tested in biological systems for at least two decades.

A “self-assembling” system means that a person is injected with instructions that set into motion a process where a structure is assembled inside the body, using resources available in the blood (such as iron and oxygen atoms). In effect, nanotech self-assembly means that a microchip doesn’t need to be “injected” into someone since the circuitry can be assembled in vivo after injection.

Today, we discuss some published scientific papers that describe at least two decades of self-assembly nanotech/nanowires research into building human interface cybernetic systems. These can be used for neurological control, commanded by external electromagnetic broadcasts, etc.

In conclusion, self-assembly technology can develop MNMs with good structure and biological activity, which are very suitable for biomedical applications. These self-assembled magnetic nanostructures can be easily and efficiently combined with a large number of biological functional agents, so they can be customized according to specific needs. So far, their high potential applications have been proved by several successful examples. However, as discussed in the previous section, although these nanosystems envision a bright future for us, these findings do not immediately benefit cancer patients by translating them into clinical practice. The structure-function correlation and potential molecular mechanism need to be further revealed, which may be the key to enhance its effective application in biomedicine. Nevertheless, we believe that with the development of nanotechnology and biotechnology, these obstacles will eventually be overcome, and the application of self-assembled magnetic nanosystems may be extended to more healthcare fields in the future.