Robert Gorter visits Lebanon quite often. One of his trips to Beirut in Lebanon was from July 7th through 10th, 2006. Two days later, the airport of Beirut was bombed by Israel which lead to the war between Israel and the Hizbollah.

Robert Gorter had been to Lebanon three times before and met there, among others, the president of Lebanon, Émile Lahoud (2004) and the Prime Minister Fouad al Sanyoura (2006). Dr. Gorter had proposed several projects, one of them being the cultivation of Cannabis sativa for medical use and a clinic similar to the Medical Center Cologne in Germany. There was great (political) support but always for one reason or the other, it never materialized. The main one was the war between Israel and Hizbollah and the killings of public figures like Hariri. 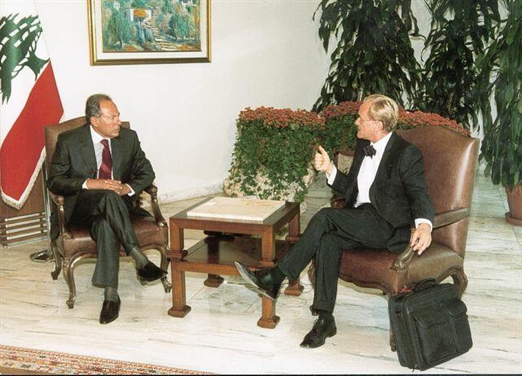 Robert Gorter having tea with the President of Lebanon, Émile Lahoud(2004) 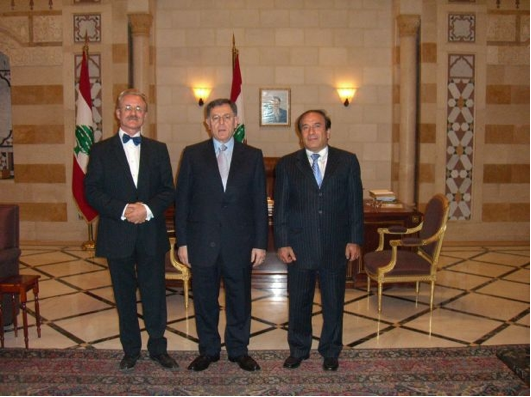 During one of his visits, Robert Gorter  met  Mr. Yousef  Mansour, originally a very popular Egyptian B movie star with whom he started a project to establish a clinic and laboratory like Medical Center Cologne (MCC) in Germany. Dr. Gorter also met Mrs. Malak Akef, an Egyptian woman in her early seventies, who belongs to an Egyptian ‘dynasty’. Her family clan owned about 60% of all major hotels in Egypt, and other successful endeavours. She turned out to be sympathetic towards the issues of the Copt community in Egypt.

Then, there was Mr. Tareq Labanieh from Amman, who is a freelance journalist for Arab news papers, and who just started studying for his MBA at the American University in Amman. 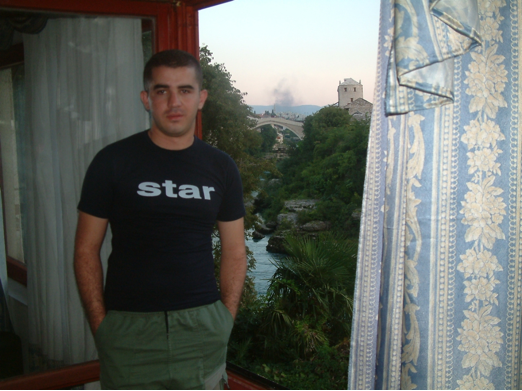 Tareq would write about Medical Center Cologne Cairo and about the laboratories of Cells Unlimited for the production of dendritic cells in the oncologic patient and adult mesenchymal stem cells for tissue repair in patients with chronic (degenerative) disease.

Robert Gorter has visited several locations in Beirut and Biblos to consider building a hospital and laboratory facilities. In addition, Tripolis, Lybia, and a site in Hurghada at the Red See in Egypt were visited and considered as additional locations. After Israel attacked Hizbollah in Lebanon, and taking into consideration the political killings from previous years, it was then decided to drop Lebanon as a site all together. Instead, Robert Gorter focused on Egypt for future development. See more details about the office in Egypt here.