Usually during his regular visits to San Francisco to offer his own courses in Anthroposophic Health Studies at San Francisco State University (SFSU), Robert Gorter, MD, PhD is often invited to lecture at courses given by other Professors at SFSU as a  guest lecturer. This video was taken in June 2009 as a “visiting distinguished guest speaker” by Richard “Rick” Harvey during Rick’s regular classes, to lecture on new concepts about cancer and its possible causes, and new and non-toxic approaches in cancer treatment. On request of the University, the video here presented was meant to document as a “witness” the lectures given by Robert Gorter as being “significant.” This video is an excerpt as a few repetitions in the course of the two-hour lecture were cut.

In this lecture by Robert Gorter,  emphasis is on new and credible nontoxic therapies in the treatment of patients living with cancer. Among other things, attention is paid to the immune system, and the effects of  “fever-range, total body” hyperthermia (fever), application of Dendritic Cells, Newcastle Disease Virus, etc.

After his second specialty training at San Francisco General Hospital (the main teaching hospital of UCSF), Robert Gorter, MD, PhD was a leading scientist and Associate Clinical Professor at the University of California San Francisco Medical School (UCSF) in the field of HIV/AIDS from 1986 to 2008. Here in this lecture, Robert Gorter explains how his research in the natural history of HIV infection helped him to conceive a different approach to the treatment of cancer: 70% of all diagnoses leading to the formal diagnosis “AIDS” are malignancies. Here, Robert Gorter explains his new insights not only studying how HIV destroys the immune system but also studying why there was a group of study participants who were followed over years, did not progress. He asked himself: “what do these “Long-Term Non-Progressors” have in common that they seemed to be able to live with HIV for years without measurable progression?” From one contemplation and study came the other and helped Robert Gorter to arrive at his current concept; the “Gorter Model.” 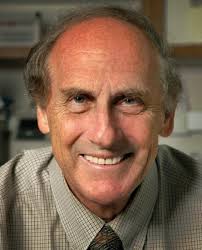 Ralph Steinman,one of the recipients of the 2011 Nobel Prize in Medicine

Erik Peper and Richard “Rick” Harvey are both renounced academics and experts in their fields. Erik is full Professor since the early 1980’s and Rick joined the faculty as an Assistant Professor several years ago.  Robert Gorter collaborates very fruitfully with both and has been invited on numerous occasions to lecture in their regular classes as a distinguished guest speaker. Erik and Rick received many awards and public recognitions for their contributions as scientists and teachers. Several years on a row, their classes have always been (anonymously) ranked by students as belonging to the top 5 best courses given at San Francisco State University. 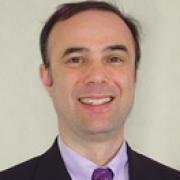 Richard Harvey has a PhD for the UC Irvine Social Ecology program. His research includes developing stress-reduction interventions which promote psychological courage and hardiness. Before teaching at SFSU he was a research fellow at the UC Irvine Transdisciplinary Tobacco Use Research Center for five years, developed and ran the UC Irvine Counseling Center Biofeedback and Stress Management Program, and worked as a Maternal, Child and Adolescent Health Research Analyst in Orange County. He is the co-chair of the American Public Health Association, Alternative and Complementary Health Practices Special Interest Group, as well as a board member of the Biofeedback Society of California and the San Francisco Psychological Association. He has published in the areas of biofeedback, stress and computer-related disorders, tobacco cessation, and the psychology of hardiness and courage. 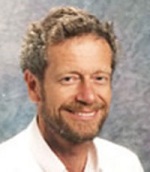 Erik Peper has a PhD in Psychology from Union Graduate School, the Union Institute and a BA from Harvard University. He is president of the Biofeedback Foundation of Europe and past president of the Association for Applied Psychophysiology and Biofeedback. An international authority on biofeedback and self-regulation, he has served as a behavioral scientist for the United States Rhythmic Gymnastic team, received the 2004 California Governor’s Safety Award for his work on Healthy Computing, and the 2005 Sheila Adler Award from AAPB for his efforts to support and encourage student participation. He is an author of numerous scientific articles and books, including Biofeedback Mastery, Muscle Biofeedback at the Computer, Make Health Happen Training and “De Computermens” (Dutch: “The Computer Man”). He is also the co-producer of weekly Healthy Computing Email Tips. His research interests focus on the psychophysiology of healing, illness prevention, voluntary self-regulation, holistic health, healthy computing, respiratory psychophysiology, and optimizing health with biofeedback