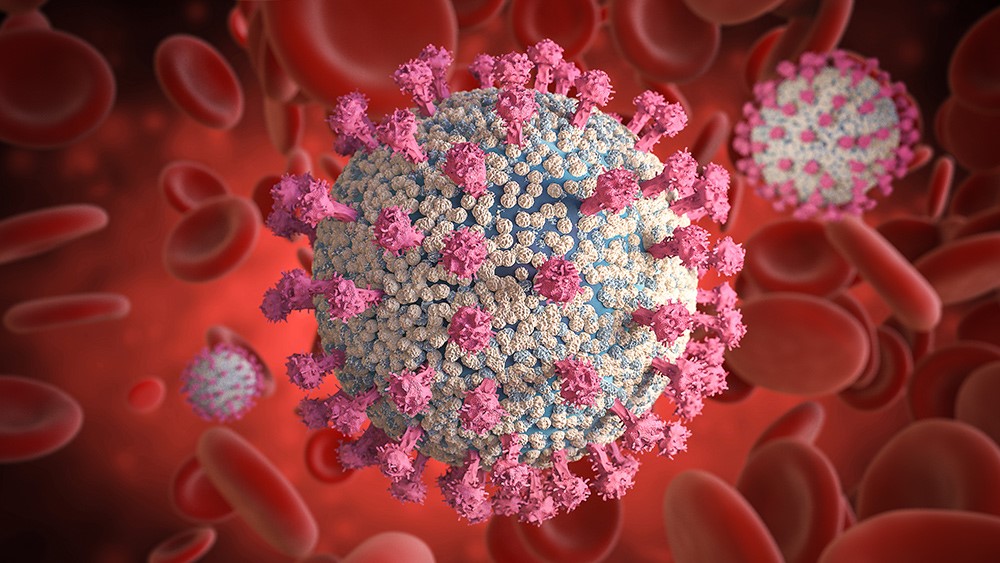 At a May 11th, 2021, Senate hearing, Dr. Rand Paul interrogated Dr. Anthony Fauci (head of the NIH) on the role of the National Institutes of Health (NIH) in advancing coronavirus gain-of-function research. As director of the National Institutes of Allergy and Infectious Disease (NIAID) at the NIH, Dr. Fauci tried to dissociate the NIH, its director, Dr. Francis Collins, and himself from having any connection to coronavirus gain-of-function research. A moratorium was placed on this unethical virus experimentation in 2014, but the NIH established a loophole in the moratorium, allowing American and Chinese scientists a way to continue these dangerous viruses, animal, and human experiments for developing weapons of mass destruction.

Dr. Fauci fervently denies any NIH involvement in gain-of-function research, but the NIH created specific loopholes that exploit the moratorium.

What is Gain-of-Function research?

Gain-of-function research (GoFR) is a field of medical research focused on the serial passaging of microorganisms in vitro and in vivo. This places positive selective pressure on the microorganisms to induce mutations that would increase their pathogenicity, transmissibility, and antigenicity. These studies can also expand the host tropism of a pathogen to new host species or organ tissue. This research is intended to reveal targets to better predict emerging infectious diseases and to develop vaccines and therapeutics. But, on the other hand, by making viruses more virulent and fatal, Gain-of-Function

Ideally, in virology, Gain-of-Function research is employed with the intention of better understanding current and future pandemics. In vaccine development, gain-of-function research is conducted in the hope of gaining a head start on a virus and being able to develop a vaccine or therapeutic before it emerges.

Unfortunately, these methods of manipulating viruses to become deadly for humans have been abused by DARPA, NIH, and other tax-payer funded institutions have become the predominant aim to develop weapons of mass destruction as part of biological warfare.

Dr. Fauci adamantly asserted in the Senate hearing of May 11th, 2021 that the NIH had no involvement in this dangerous medical experimentation at all; even though the NIH approved and funded this research at the Wuhan Institute of Virology through grants dispersed to Dr. Daszak at Eco Health Alliance. In truth, both Fauci and Collins helped establish loopholes to keep money flowing to Chinese virologists and American scientists to advance gain-of-function research. DARPA has been deeply involved.

The 2014 moratorium on gain-of-function research contained a footnote on page two, granting an exception to the ban. “An exception from the research pause may be obtained if the head of the USG funding agency determines that the research is urgently necessary to protect the public health or national security (DARPA).” This is yet another example of government officials using the “protect the public health” excuse to experiment on humans and threaten their life, liberty and pursuit of happiness. Every emergency order and medical edict during the covid-19 scandal is premised on this grandiose excuse.

In an interview with Independent Science News, molecular biologist Dr. Richard H. Ebright, said, “Unfortunately, the NIAID director and the NIH director exploited this loophole to issue exemptions to projects subject to the Pause—preposterously asserting the exempted research was ‘urgently necessary to protect public health or national security’ — thereby nullifying the Pause.” Ebright is part of a twenty-six-member investigation team that is conducting a forensic analysis into the origins of covid-19.

Like the Nobel Prize winner Dr. Luc Montagnier, Biotech expert, Yuri Design, dissected the molecular biology of SARS-CoV-2 and proved the possibility that the virus was manipulated.

Using the serial passage technique, virologists are able to create a super virus while leaving no molecular imprint or indication of laboratory interference. The virologists transfer one virus gene at a time, allowing natural selection to run its course, concealing the gain-of-function enhancements to the super virus. The super viruses are juiced up with a precise gene sequence and selectively pressured to bring forth the most suitable genes, ultimately allowing the super virus to bind to ACE2 receptors of human lung cells.

SARS-CoV-2 is not just “the China virus.” In fact, the origins of this highly-mutated strain of coronavirus show all the signs of being a product of the many years of coronavirus gain-of-function research that took place in American universities, with collaboration between US and Chinese virologists.

“By the time SARS-CoV-2 was first detected in late 2019, it was already pre-adapted to human transmission to an extent similar to the late epidemic SARS-CoV,” wrote Alina Chan of the Broad Institute. The 2003 SARS spike protein went through twenty-four natural changes before it could attach to human lung cells. SARS-CoV-2, on the other hand, was already genetically suited to attach to human lung cells from the start of the pandemic in 2019.

Ralph S. Baric, a coronavirus researcher at the University of North Carolina exploited the NIH loophole and worked on a project that examined the ability of bat viruses to attack human cells. In 2015, Ralph Baric worked with China’s bat lady, Shi Zheng-li to “examine the emergence potential” of circulating bat coronaviruses. Shi Zheng-li, from the Wuhan Institute of Virology, collected dozens of bat coronaviruses from the caves in Yunnan, China. By November 2015, they developed a novel coronavirus by taking the backbone of the SARS-1 virus and replacing its spike protein with one from a bat virus (known as SHC014-CoV). When this manufactured virus was tested against human lung cells in vitro, it was able to attach and cause infection.

American scientists funded the Wuhan Institute of Virology with six installments of over half a million dollars apiece. Dr. Peter Daszak at the Eco Health Alliance took his $7 million in NIH grant money and dispersed it to China to advance Dr. Shi Zheng-li’s coronavirus experiments. Daszak was also a collaborator and co-author on research projects at the Chinese laboratory, and he reported back to his friend, Dr. Fauci.

Dr. Collins and Fauci are culpable in this money trail, so why would Fauci deny any involvement? Why would Fauci forgo transparency in a Senate hearing, when he has extensive knowledge on this type of research? Why won’t Fauci be forthcoming about the loophole designed by the NIH, which allowed this dangerous research to continue? A multi-year investigation into the NIH the NIAID and the Eco Health Alliance is warranted.

All NIH directors should be interrogated and all co-conspirators in bio-weapons research must be charged until the world can get all the answers.