Robert Gorter attended the Lukas Klinik Seminar in Arlesheim in Switzerland from August through December 1973 to learn more about the treatment of cancer patients according to the principles of Anthroposophical Medicine. Robert Gorter had already finished his training at the University of Amsterdam (de “Gemeentelijke Universiteit van Amsterdam”, or “GU”) and had obtained his MD title in September 1971.

Besides Medicine, Robert Gorter had also studied parallel Philosophy at the University of Amsterdam. He studied “Theory of Knowledge” or “Erkentnisstheorie” to understand better how people (and himself) would obtain knowledge: the “Path to  Knowledge.” As a medical student, he was actually rather disappointed in what Western academic medicine at that time could do. He was disappointed that, as a medical student, one was lectured about illness and what could be done: but abouthealth no word… Thus, Robert Gorter started to study various forms of non-traditional medicines, including Traditional Chinese Medicine with its application of acupuncture, Homeopathy, Natural Medicine (“Naturheilkunde”), Neuraltherapy, Massages and Baths (“Hydrotherapies”), and at last but not least, Anthroposophical Medicine.

During 6 years, faithfully, every Friday Robert Gorter would not read books on Medicine but anything he could lay his hands on in regard to Theory of Knowledge at the University Library (“Universiteitsbibliotheek” at the corner of the Singel and the Spui). Six years long he would consequently dedicate his life to studying books on Philosophy and, to a certain extent, to the “occult.” Theosophy, Gurdijev, Ouspensky, Blavatsky, Annie Besant & Leadbeather, Max Heindl, Johann Wolfgang Goethe, Jacob Boehme. etc., and finally, he discovered the works of Rudolf Steiner (18961-1925) who laid the basis for Anthroposophy. In the scientific discipline of Anthroposophy with its elaboration of the significance of the work of Johann Wolgang Goethe (28. August 1749 in Frankfurt – 22. March 1832 in Weimar), Robert felt himself as if he had arrived “home”. Finally, he discovered a scientific method to bridge the gap materialism with its dualism had caused between “Objective” and “Subjective.” Dualism is for Robert Gorter the trap of materialistic thinking: this trap causes the main obstacle for further development in Western Academic Medicine.

He then did his practical training in Tropical Medicine at the “Tropeninstituut” at the Mauritskade in Amsterdam. This included Infectious Diseases, Obstetrics and Gynecology (OB&GYN) at the “Ziekenhuis Amsterdam Noord” and General Surgery at the “Weesperplein Ziekenhuis” in Amsterdam.

Robert Gorter was then prepared to do deliveries and even Caesarian sections in emergencies, and general surgeries in developing (tropical) countries. And control infectious diseases. As a Board Certified Family Practitioner in Amsterdam, between 1973 and 1982, he would conduct hundreds of home deliveries: supported by midwives in cases of two parallel deliveries or during vacations. (Robert Gorter worked 7 days a week and 12 hours nonstop per day, and it has been testified by many that he would never ever take a day off: his amount of energy, persistence, enthusiasm and optimism were incomprehensible for all around him). 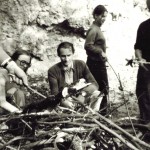 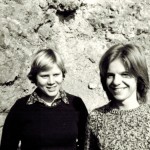 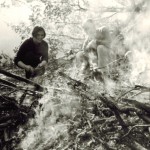 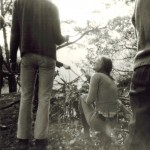 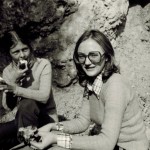