Throughout its ca. 3.000 years of tradition, handworkers as well as Heads of States have belonged to Freemasonry. The American Constitution is conceived and mainly written by Freemasons. Very likely, Freemason tradition goes back as far as King Salomon and his architect Hiram, and their collaboration in building the temple of Jerusalem. 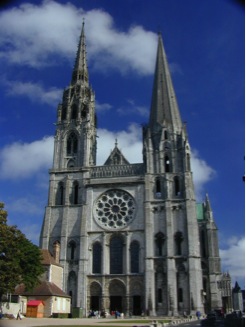 Chartres Cathedral, also known as Cathedral Basilica of Our Lady of Chartres, is a late-medieval Catholic cathedral

Unfortunately, there are numerous legends and stories about Freemasonry which give a very negative image about Freemasons. Most of them originate from the Roman Catholic Church as the Vatican would oppose any who would not follow its interpretation of the Bible and its dogmas. Freemasons were Free-Thinkers and saw their mission in building in stone knowledge that would be lost during Kali Yuga (3001 BC – 1899 AD). In occidental societies, good examples of these efforts by Freemasons are the Gothic cathedrals built by the Templers during the mid to late Middle Ages preceding the Renaissance. A very nice example is the cathedral of Chartres, 80 km south of Paris, France.

Thus, through the millenniums, Freemasons were knowledgeable people with a mission: to serve (anonymously) mankind as a whole and not just the Christian world of that time. It was believed that the Christ came for all of Mankind. 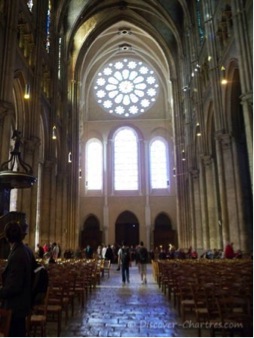 Inside the cathedral of Chartres

Usually during Eastern, Robert Gorter would take his students from the art therapy schools he founded as well as medical students and young doctors, to Chartres. This was usually a trip of five days in total with four days of nonstop lectures and workshops, and visiting the cathedral four times a day to study various masonic structures. Often, Robert Gorter guided a group of about 60 people and they would stay in a full pension, 3 star hotel at a 10-minutes walking distance.