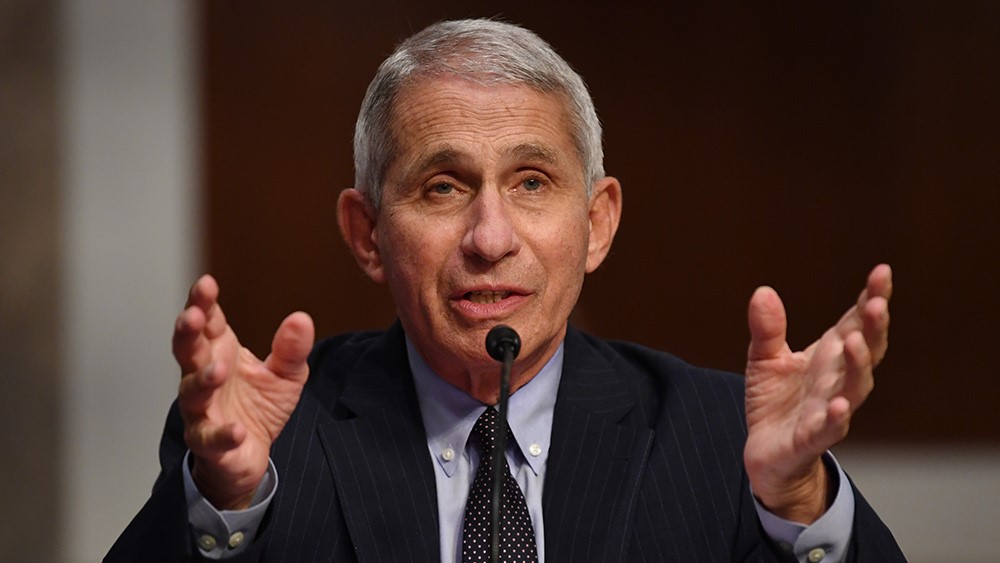 When the ban on the controversial gain of function research was lifted back in 2017, Anthony Fauci of the U.S. National Institute of Allergy and Infectious Diseases (NIAID) failed to notify senior White House officials in the Trump administration, new reports reveal.

Instead of doing the job he is paid to do by American taxpayers, Fauci kept quiet about the change, which provided cover for Fauci to continue funneling money to the Wuhan Institute of Virology (WIV) in China, where the Wuhan coronavirus (Covid-19) is believed to have originated.

Since Fauci has been talking about the “benefits” of gain of function research since at least 2012, the implication is that it has been going on all throughout this time, including when it was illegal during the Barack Obama years. A way around this was to continue the Gain-of-Function research offshore: meaning in other countries, including mainland China.

So, even if the ban was lifted in 2017, the gain of function research that was taking place prior was still illegal. This means that Fauci still needs to be held fully accountable for his involvement in sending American taxpayer dollars to China to create the Wuhan Flu.

An investigation by The Weekend Australian has also confirmed Dr. Fauci, the director of the National Institute of Allergy and Infectious Diseases, did not alert senior White House officials before lifting the ban on Gain-of-Function research in 2017.

Markson, who is the author of the upcoming book “What Really Happened In Wuhan,” also highlighted previously unreported remarks from Fauci in 2012 where Fauci argued that the benefits of doing gain-of-function research outweighed the risk that it could spark a pandemic. Gain-of-Function research tries to create more infectious strains of diseases before they arise in nature in an effort to defend against them and to develop means of biological warfare.

Fauci made the remarks while defending a continuation of the “voluntary moratorium on Gain-of-Function research related to the transmissibility of highly pathogenic H5N1 influenza,” pending “the resolution of critical policy questions concerning the rationale for performing such experiments and how best to report their results.” Fauci wrote:

“Scientists working in this field might say – as indeed I have said – that the benefits of such experiments and the resulting knowledge outweigh the risks,” Fauci said at the time.

“It is more likely that a pandemic would occur in nature, and the need to stay ahead of such a threat is a primary reason for performing an experiment that might appear to be risky.”

After long blaming “nature” for the Wuhan coronavirus (Covid-19), Fauci now agrees that the Chinese Virus may have originated at a Chinese lab. He still insists, however, that no money was ever funneled from the NIAID to the Wuhan Institute of Virology (WIV) to conduct Gain-of-Function research.

We now know this to be a lie, of course, since multiple scientific papers openly disclose that the National Institutes of Health (NIH), which oversees the NIAID, has sent numerous grants to the WIV to conduct said research.

As for Trump’s awareness about all that was going on, it would appear as though Fauci kept it all a secret for as long as possible.

“It kind of just got rammed through,” one Trump administration official told The Australian, which published an in-depth report on Fauci’s newly uncovered schemes.

“I think there’s truth in the narrative that the (National Security Council) staff, the president, the White House chief-of-staff, those people were in the dark that Fauci was switching back on the research.”

Over the course of six years, we now know, EcoHealth Alliance was caught distributing $600,000 from the NIH to the WIV to conduct research on “the risk of the future emergence of coronaviruses from bats.”

The NIH awarded the grant to EcoHealth in 2014, before the ban on Gain-of-Function research had been lifted. The WIV project the group funded with this money was renewed in 2019, only to be canceled in 2020 when the Chinese Virus made its sudden appearance.

“EcoHealth ultimately received $3.7 million over six years from the NIH and distributed nearly $600,000 of that total to China’s Wuhan Institute of Virology, a collaborator on the project, pre-approved by NIH,” reports explain.

“It is interesting the public media tours and exposure Fauci gave himself during this crisis,” one Daily Wire commenter noted. “Did he think the media would protect him from alleged past actions and comments?”

More news about Fauci, Gain-of-Function research, and deadly pandemics can be found at Pandemic. news.