The CSD is held in memory of the Stonewall Riots, the first big uprising of LGBT people against police assaults that took place at the Stonewall Inn, a bar on Manhattan, New York City’s Christopher Street in the district of Greenwich Village on June 28, 1969. On June 28, 1970 the Christopher Street Liberation Day marked the first anniversary of the Stonewall riots with an assembly on Christopher Street and the first Gay Pride Parade in United States history[1] To accommodate the interests of the many different groups participating, the Christopher Street Liberation Day Committee named the days leading up to the march, Gay Pride Week. New York City has since continued to remember and celebrate the Christopher Street Liberation Day on the last Saturday of each June. It has become an international tradition to hold a demonstration for the rights of LGBT people in the summer. The first German CSDs took place in Berlin in 1979. Other parades before 1979 still had different names. The first documented LGBT parade in Germany was in Münster on 29 April 1972. The first parade in Switzerland was celebrated on June 24, 1978 in Zürich and was called “Christopher-Street-Liberation-Memorial Day.” The first Parade in San Francisco was in 1970 and in Amsterdam also in 1970. Over the last 25 years or so, the CSD Parade in Amsterdam is held in the canals where hundreds of boats move through the canals and it has become like a holiday in Amsterdam with schools closed and families camping on the quays of the canals and watch the hours-long event with great enthusiasm. These pictures of the CSD Parade were made by Ria Bos, the secretary of Robert Gorter in Amsterdam, in 1996. 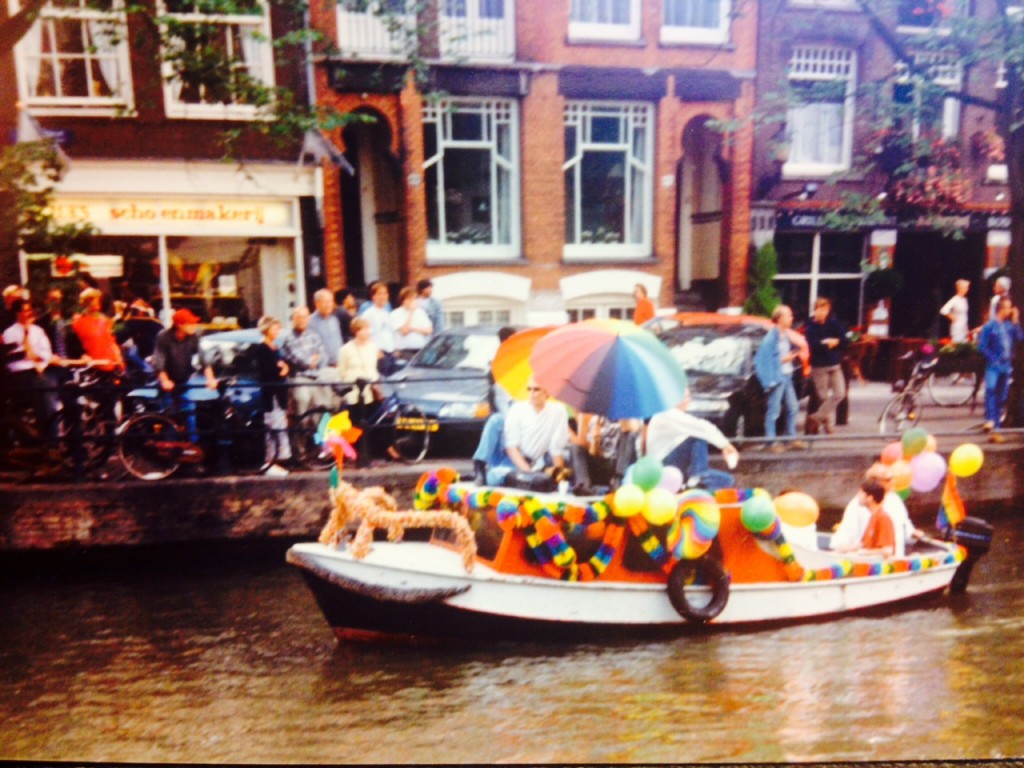 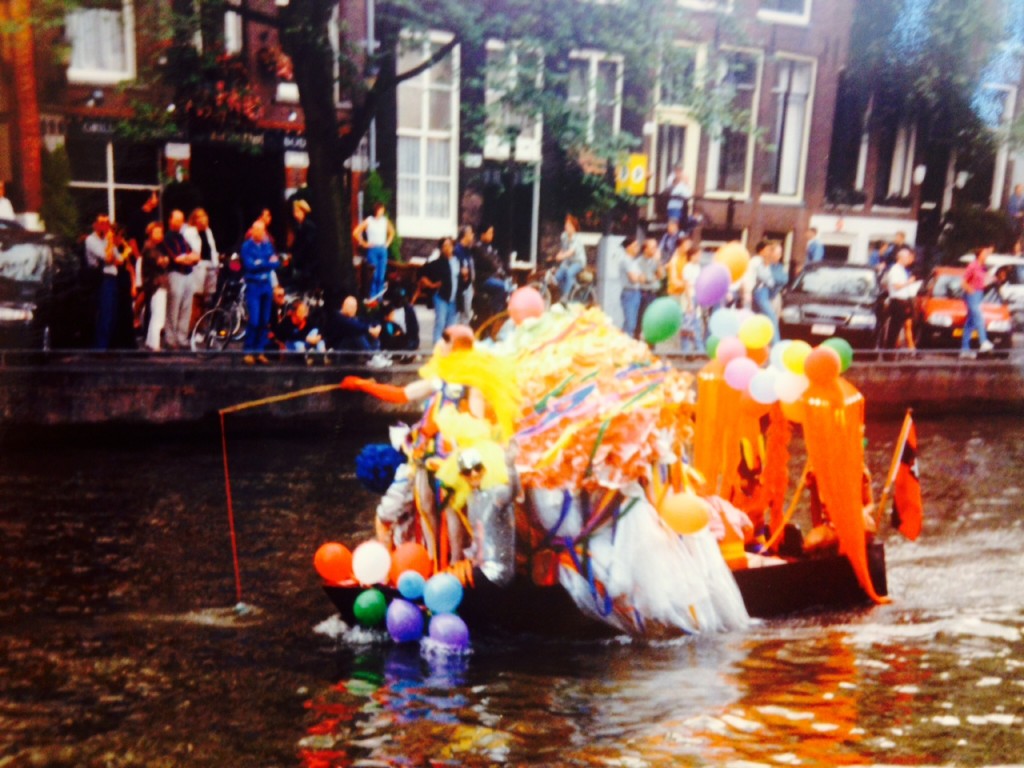 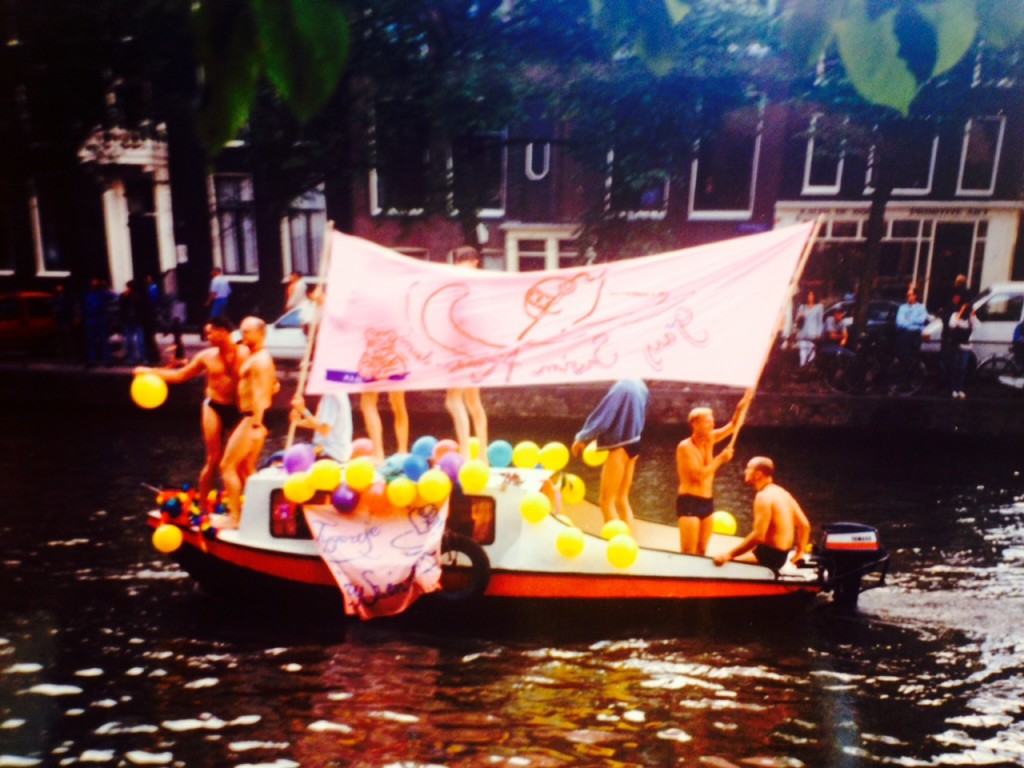 The Gay Pride Parade in Amsterdam

Gay Pride Amsterdam is one of the best and most fun prides in the world. Usually, all major events are taking place during the last week of July. Amsterdam will have street parties all weekend long, the best club circuit parties and of course the famous Canal Parade on Saturday. Gay pride is one of the busiest weekends of the year in Amsterdam with more than one million visitors from outside the city.

The participation in the Parade and the one million people watching come from all walks of life. 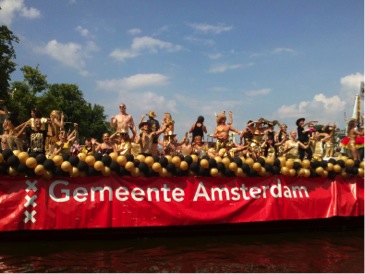 Employees of the City of Amsterdam (NL) 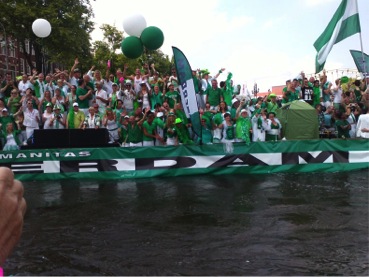 Employees of the City of Almere (NL) 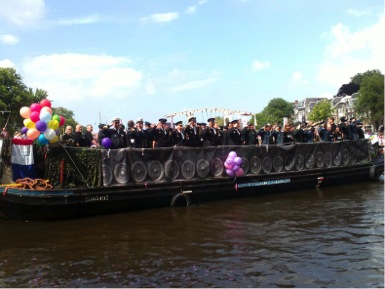 Officers of the Dutch Royal Navy 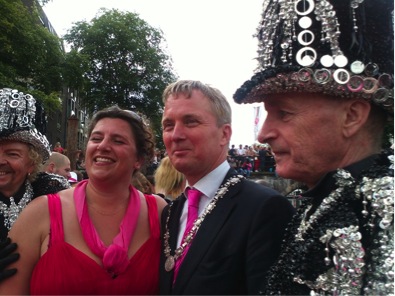 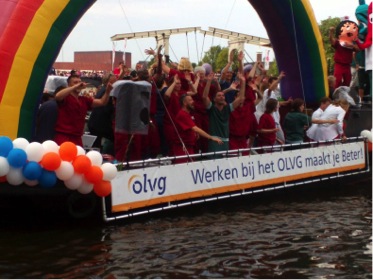 Employees of a major Teaching Hospital in Amsterdam 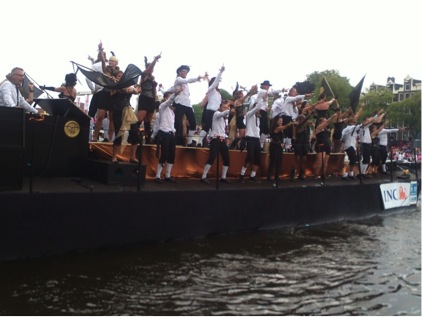 Employees of the ING Bank, one of the largest banks in the Netherlands 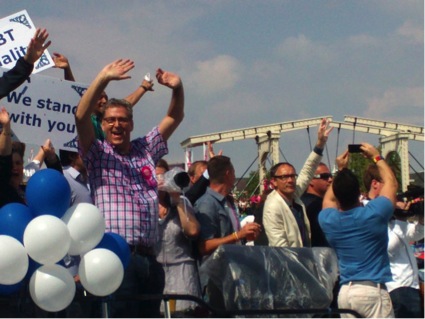