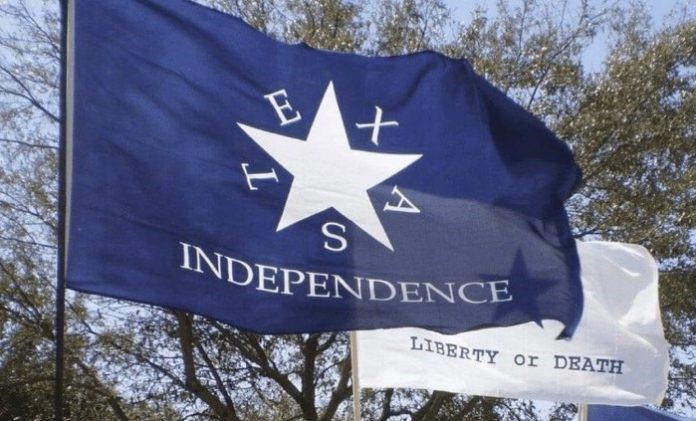 Already from 1836 to 1845 there was an independent “Republic of Texas”. Since then, the conservatives in the second largest state of the US have repeatedly demanded independence from Washington D.C. Republican Congress Member Kyle Biedermann insists on an independence referendum.

Not only in Texas many Americans are dissatisfied with the federal government in Washington, D.C., which – even exacerbated by the corona crisis – the freedoms increasingly places ties. The mask and vaccination campaign of the new American president Biden is particularly a thorn in the eyes of numerous Americans in the conservative, but freedom loving south of the US. But the opposition to the advancing bureaucratic institution is now concrete.

Kyle Biedermann, a Republican Member of Parliament in the House of Representatives of Texas, presented his separation law a few days ago. Biedermann, a resident of Fredericksburg, Central Texas, who celebrates the heritage of his German ancestors in Texas with annual carnival festivities and would like to reduce the “political correctness” to absurdity, proposes a referendum on whether “Texas the United States of America must Leaving and an independent republic should start “.

Texans must be able to vote on this on 2 November. Biedermann counts on the ordinary people that it is bulleted by the distant central government.

He sees himself in the tradition of the founders of the US, who rebelled against the British monarchy:

The bill of Biedermann, HB 1359, is entitled “about proposing a referendum to the people of the state of Texas about whether that state must leave the United States of America and to form an independent republic”. They would particularly strive for your own taxation and its own currency, as well as numerous bilateral arrangements with the United States. Biedermann knows how to mobilize his supporters who are proud of the previously independent Texas:

“If we would join the US today, would we be our own country? No, of course we wouldn’t do that. Why would we join a federal government that deprives us our rights?”

His bill does not provide for the time being in a direct “Texit”, but in the end the people, and not the congress in Austin, he nevertheless decides, he said. Biedermann argues for a Texas Independence Committee to draw up a “Republic of Texas”.

Biedermann receives support from Daniel Miller. The Texan nationalist president has been fighting for an independent Texas for decades and has almost half a million supporters. Miller wrote a book a book a book that bears his life motto as a title, “Texit.” Why and how Texas will leave the Union. “With the new president, Biden, there is now further polarization between the fronts, Miller said:

“Biden’s campaign promises are clear. He has the meaning of Texas, our economy, our way of life. Biden falls on freedom of expression, the freedom of religion, the right to keep and bear weapons. ”

Whether the Biedermann’s bill gets the Texan Congress, the question is yet. The Republican established order, he said, wants to prevent a referendum. Miller has also declared the war:

“Or you give us a referendum about Texit in 2021 or you will receive a referendum in 2022. […] If the vote would take place tomorrow, Texit proponents would be 10 to 15 percentage points for the opponents.”

The important self-determination for Texans is apparent from the performance of the Republican governor of Texas, Greg Abbott. Since previous Wednesday, the mask obligation and all capacity limits for restaurants and other companies in His state.