Compromised: Fauci and other COVID-players have ties to Wuhan lab for years 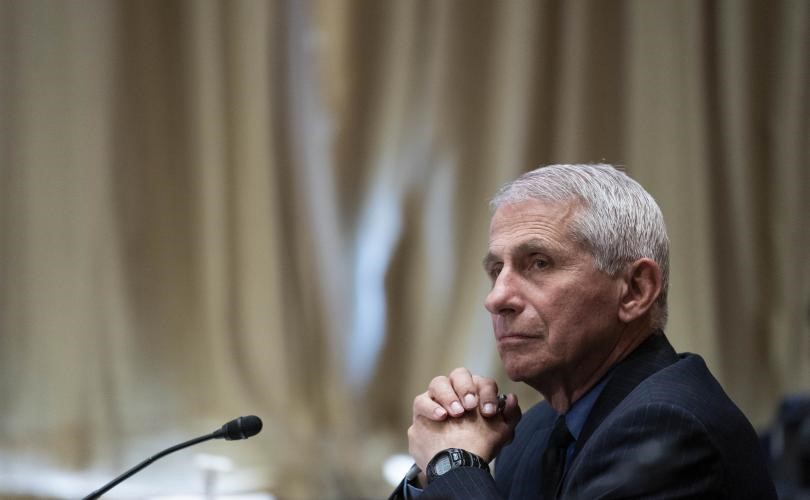 WASHINGTON, D.C., June 16, 2021 (LifeSiteNews) – Three leading American health czars have ties to the Chinese laboratory where COVID-19 may have begun.

Dr. Anthony Fauci, Director of National Institute of Allergy and Infectious Diseases (NIAID), Dr. Peter Daszak, CEO of the non-profit EcoHealth Alliance, and Dr. Francis Collins, the director of the National Institutes of Health (NIH) have come under increasing scrutiny thanks to their support of the Wuhan Institute of Virology (VIR) over the previous years.

In addition, all three have been promoting the expensive Remdesivir drug while discouraging the use of the relatively inexpensive Ivermectin and hydroxychloroquine.

Dr. Anthony Fauci has led NIAID since 1984, and he administers a budget of $6.1 billion. Between 2014 and 2019, Fauci distributed $826,277 to the Wuhan Institute of Virology through Daszak and his  EcoHealth Alliance.

Fauci’s emails, recently released, show the two directors’ shared strong sympathies for the WIV. In an email dated April 18, 2020, Daszak even thanked Fauci for publicly contradicting the theory that COVID-19 was “a lab release from the Wuhan Institute of Virology.”

“As the Pl of the RO l grants publicly targeted by Fox News reporters at the Presidential press briefing last night, I just wanted to say a personal thank you on behalf of our staff and collaborators, for publicly standing up and stating that the scientific evidence supports a natural origin for covid-19 from a bat-to-human spillover, not a lab release from the Wuhan Institute of Virology,” Daszak wrote.

“From my perspective, your comments are brave, and coming from your trusted voice, will help dispel the myths being spun around the virus’ origins,” he continued.

“Once this pandemic’s over, I look forward to thanking you in person and let you know how important your comments are to us all.”

Fauci’s response was “Many thanks for your kind note.”

In a February 19, 2020 statement in the medical journal The Lancet, Daszak joined other authors in dismissing the possibility that the COVID-19 coronavirus had a human origin. He was also a member of the WHO team sent to China to investigate the origin of the virus.

Collins, who as Director of the NIH is essentially Fauci’s superior, also has ties to the WIV. One of the published Fauci emails revealed that the NIH gave a $3.7 million grant to the EcoHealth Alliance for research of the coronavirus in bats, of which $600,000 was channeled to the Wuhan lab.

Meanwhile, EcoHealth funded the research at the Wuhan Institute of Virology that developed the ‘use of Remdesivir’ to treat coronaviruses. In protesting the NIH decision to cut its coronavirus research funding, EcoHealth reported that “genetic sequences of two bat coronaviruses that we discovered with this grant have been used as lab tools to test the breakthrough antiviral drug Remdesivir.”

Remdesivir was first developed by Gilead Sciences, an American pharmaceutical company that funded, in part, both the NIH COVID-19 Treatment Guidelines Panel and the research promoting Remdesivir.

Fauci personally promoted the use of Remdesivir in the treatment of COVID-19. In a presentation to the White House on April 29, 2020, he stated that Remdesivir “has a clear cut, significant, positive effect in diminishing the time to recover [from the coronavirus].”

Collins has also promoted the use of Remdesivir. He instituted the Treatment Guidelines for COVID-19, which recommends the drug at three of the five stages of the disease. The NIH promotes the Remdesivir as an early intervention treatment, for those requiring supplemental oxygen, and for those whose symptoms are accelerating, but not yet severe enough to be admitted into ICU.