Dr. Robert Gorter: “Nocturnal penile tumescence (abbreviated as NPT), also known colloquially as morning wood, morning erections, or morning glory, is a spontaneous erection of the penis during sleep or when waking up. All men without physiological erectile dysfunction experience nocturnal penile tumescence, usually three to five times during the night, typically during REM sleep. NPTs are believed to contribute to penile health and are a sign of a more or less intact circadian rhythm and an intact own (endogenous) testosterone production. During aging, it slowly declines; probably due to decreasing own testosterone production.”

Dr. Gorter could document that sildenafil (Viagra®) can improve nocturnal erectile quality and frequency not only in patients with erectile dysfunction as previously published but also in potent males at any age.

NPT actually starts in utero, or in the womb, and continues throughout life. Women also get clitoral erections and vaginal engorgement during sleep, and various nonhuman mammals also get NPT. 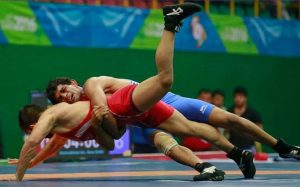 This chapter discusses the relationship between the circadian rhythm and the production of various hormones that are important for sportsmen who exercise extreme sports like weight lifting, wrestling, boxing and body building; and how important the knowledge is for optimizing one’s extreme performances in a very safe way.