While being full-time associate clinical professor at the University of California San Francisco Medical School (UCSF) Robert Gorter was invited to become the Vice Dean (Pro-Dekan) of the Medical Faculty of the University of Witten/Herdecke in Germany for one year to see if he liked the job and felt he could handle and would like to become the Dean. Robert Gorter decided to accept and take an one-year sabbatical from UCSF.

Thus, he arrived in Germany and took the post early spring 1993. Unfortunately, the position involved many meetings behind closed doors, secret planning, borderline moral conduct, etc. Thus, after 8 months, Gorter decided to quit and return to San Francisco. The University of Berlin (Freie Universität) heard of Gorter’s decision to return to USA and made him an offer he could not resist. Robert Gorter would be added to the Department of Complementary Medicine (“Lehrstuhl für Naturheikunde”), give serial lectures for student and faculty, and could establish his own research institute at the University. First at the Moabit Hospital at the Turmstraße in Berlin, three years later in a separate building at the Hardenbergstaße 19, he established and quickly developed the European Institute for oncologic and Immunologic Research. He started with three employees in 1994 and ended in 2000 with 38.

In the picture below one can see Robert Gorter with part of his team in front of the building at the Hardenbergstraße 19 in Berlin-Tiergarten where his European Society for Oncological and Immunological Research was established.

Only 9 out of 32 employees of the Institute were present at this early time of the morning: front row from left to right Marcus Reif (biostatistician), two research nurses, Dr. Matthias Stoß (with bowtie) and far right Martin Schnelle (research fellow). Row behind: a staff physician from Cuba, Susanne Donato, Robert Gorter, an employee and Dr. Eger (at that time still research fellow). 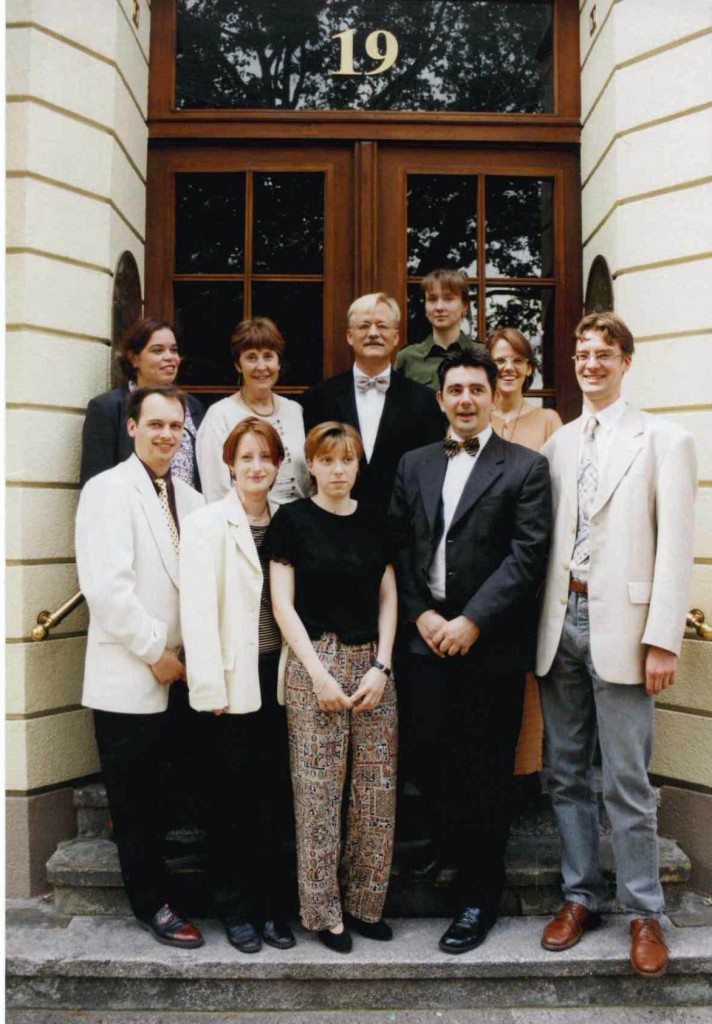 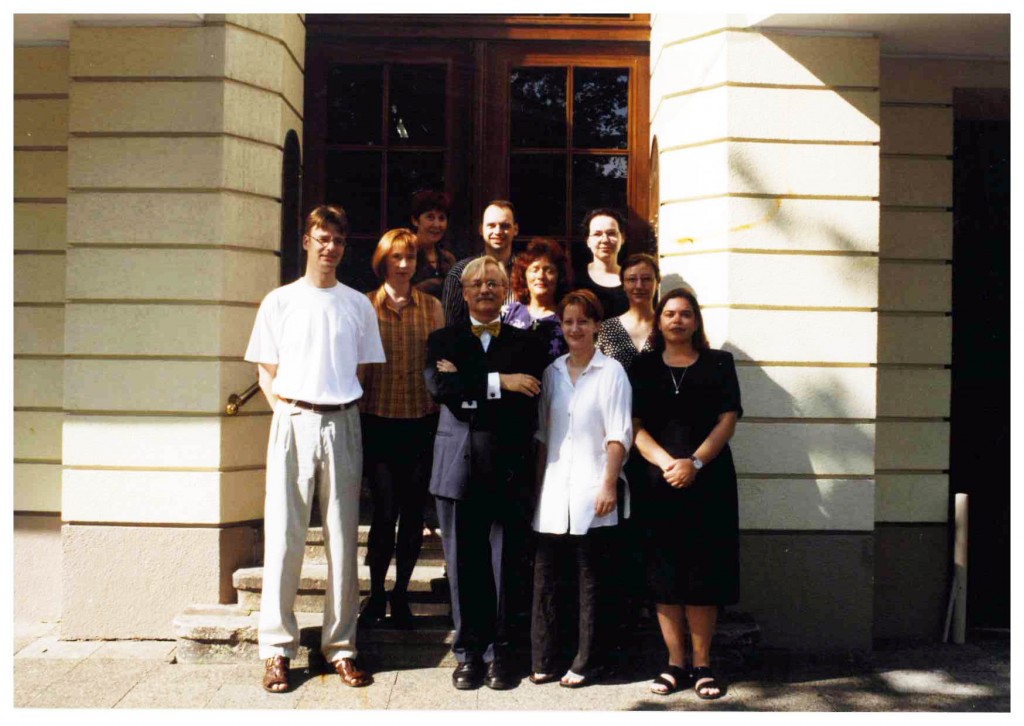 On another day, Robert Gorter with some of his team members in front of the building in the Hardenbergstraße in Berlin where he had his European Institute for Oncological and Immunological Research. Different in this picture are three coworkers who were all research nurses (names unknown).

During one of their weekly team meetings, Robert Gorter chaired a mini conference and week-planning with a few of his research nurses and doctors. Again, the complete team was never present except twice a year during a weekend seminar for team members only. These seminars were usually held in Berlin two times also in the Lucas Klinik in Arlesheim, Switzerland. 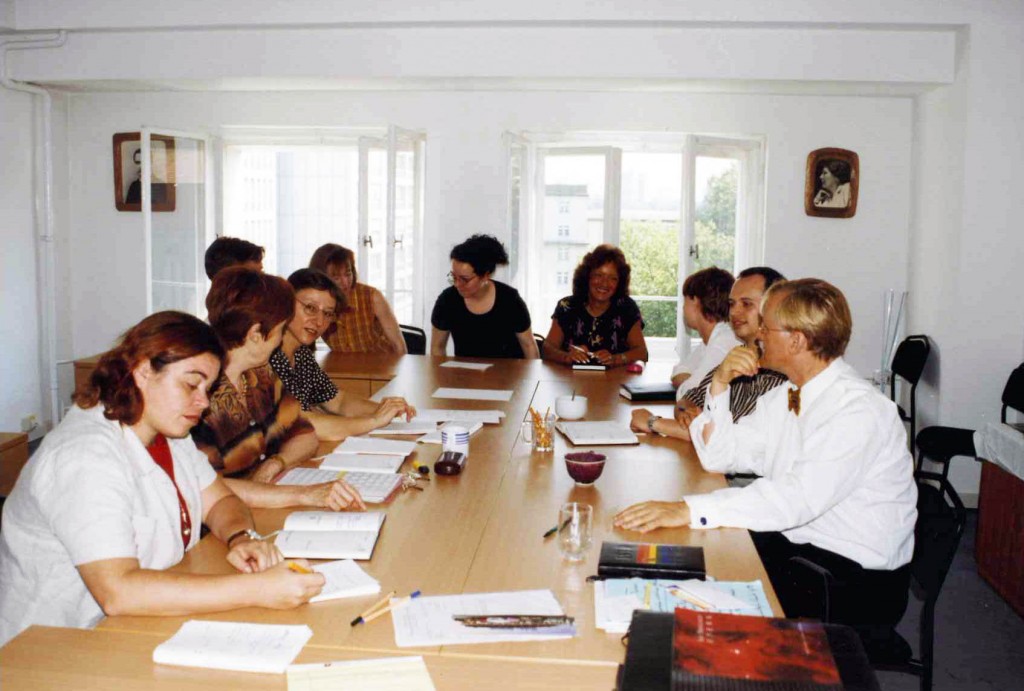 During one of their weekly team meetings, Robert Gorter (far right) chairs a mini conference and week-planning with a few of his research nurses and doctors. 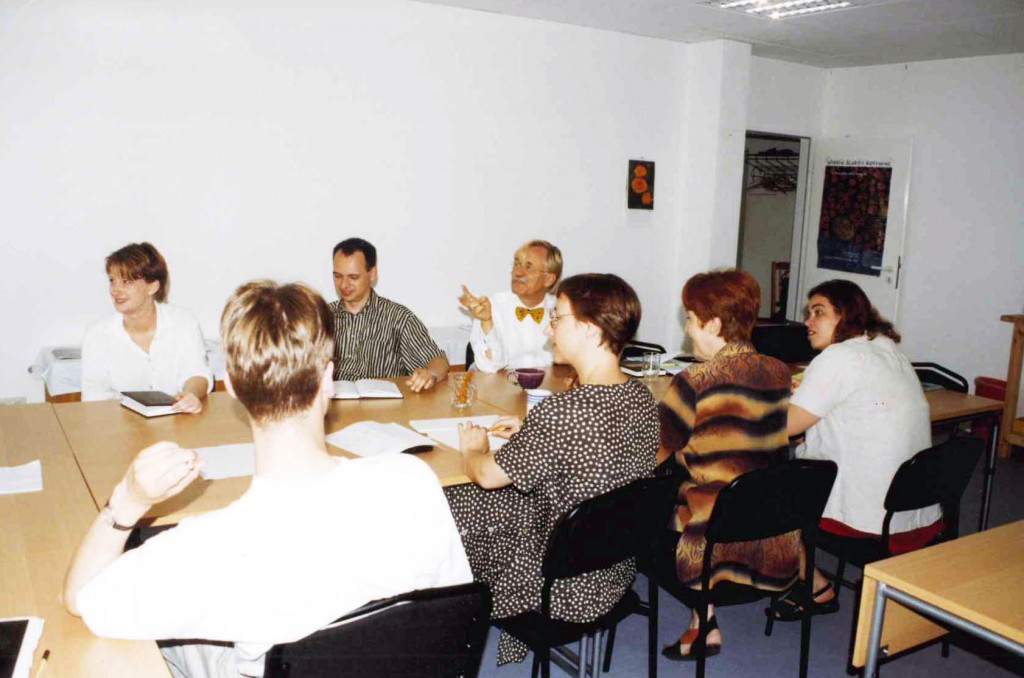 During one of their research-update meetings, Robert Gorter (with yellow bowtie) discusses the data of one of the research fellows in a power-point presentation. 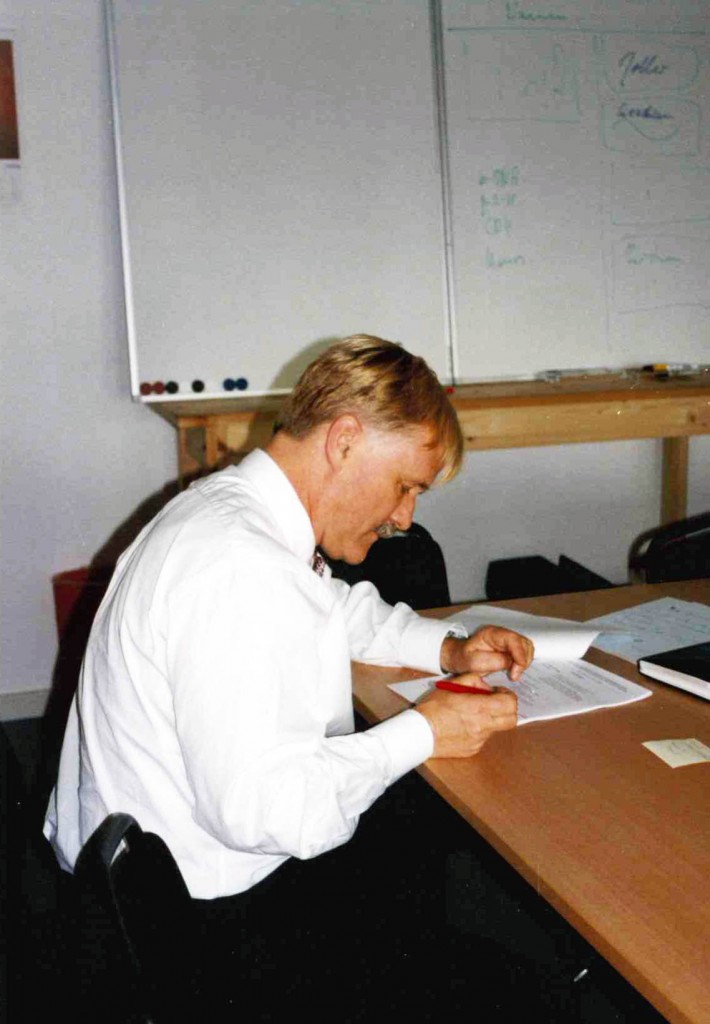 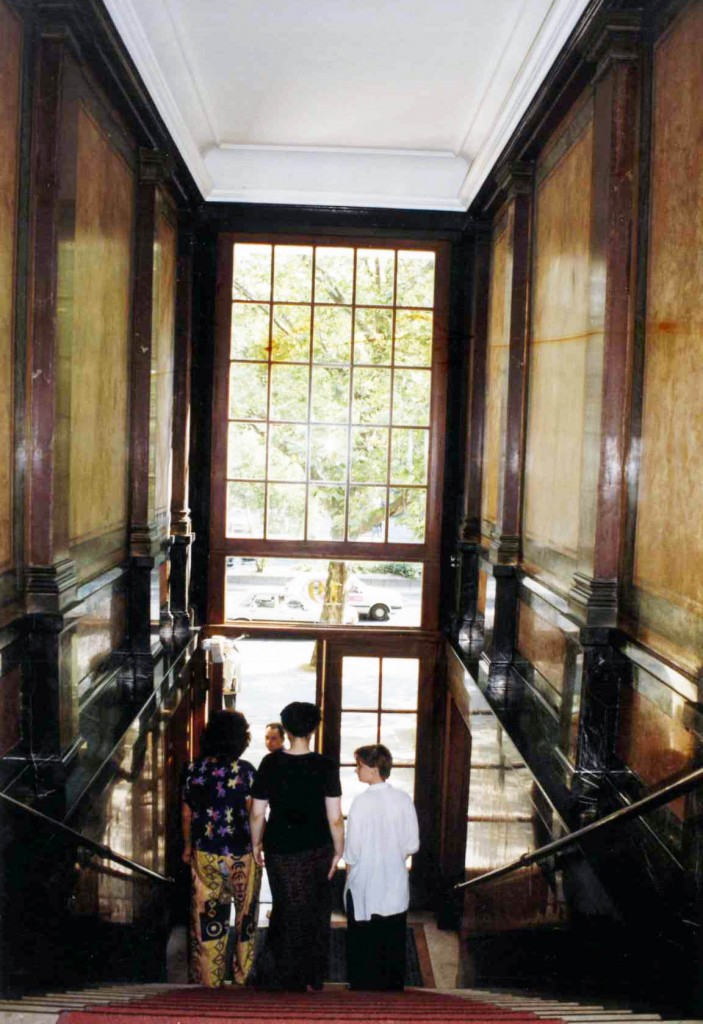 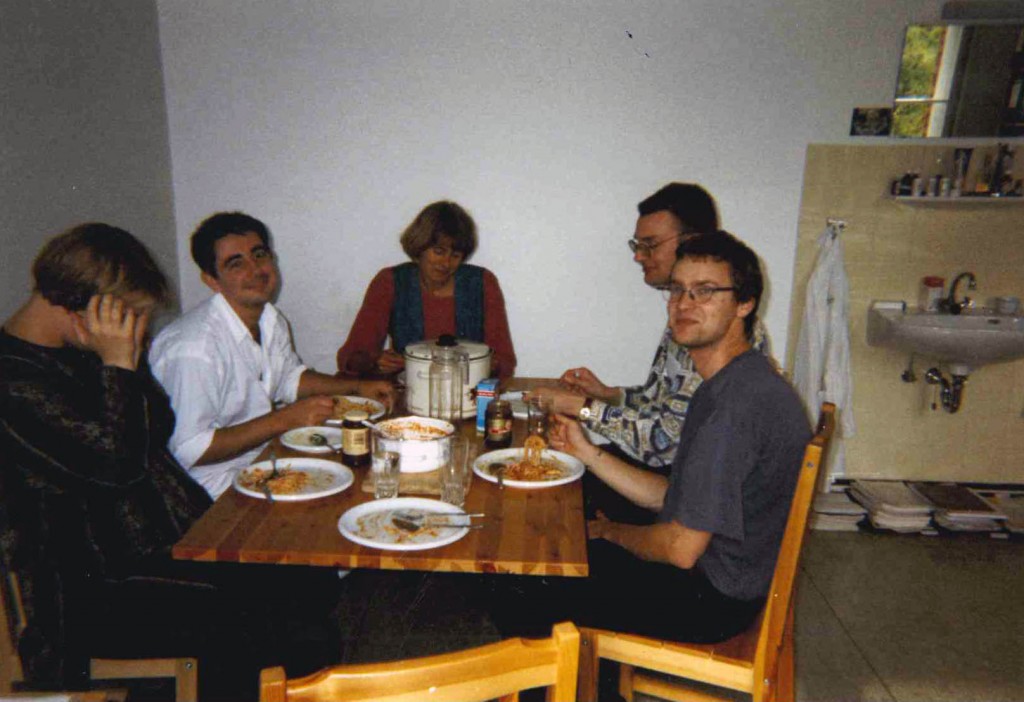