Apes and Humans: Who Descends from Whom? 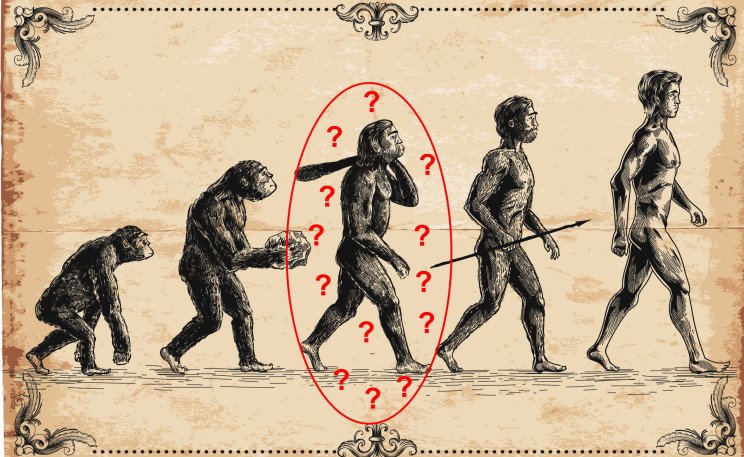 Darwin hesitated in his main work of 1859 to pronounce the descent of man from closely related apes. He feared as a former Vicar of the Anglican Church to plug in too much public criticism and dared it only twelve years later in his following book “The Descent of Man” (1871). But in 1863, the German zoologist Ernst Haeckel, soon became famous as a “monkey professor”, in his speech before the Assembly of the German doctors and naturalists in Szczecin from Darwin’s main work this consequence. However, with all the physical resemblance to human beings with humans, it was completely clear that none of the same – neither the orangutan, nor the chimpanzee, nor the Gorilla – could have been our real ancestor.

Whose fossil ancestors are – in contrast to the now rich collection of fossils of “Urmenschen” (early man) – so rarely remained, that one cannot show the suspected monkey ancestry of man until today.

Our European western culture is by no means the first to think about it. China has not been a problem for millennia for leaving people from the monkey. Unlike those peoples who have lived together with the actual apes. Thus, the Malays on Borneo and Sumatra did not care for animals, but for wild people. Utan is called Malaysian man and orangutan forest human. They have the myth that even the orang can speak, it just does not show out of fear, otherwise need to work. Also in the African peoples who are familiar with chimpanzees and gorillas in their habitat, are considered modified people. So there were always both guesses: mandates from monkeys, or: these come from man.

In 1700, one found in Cannstatt near Stuttgart for the first time a human skull roof with mammoth teeth together, so ice-time age. In 1820, Goethe stone tools came from early Neanderthalers from neighboring quarries in Weimar into their hands. 1829 found the Belgian doctor P.-C. Schmerling at Engis the children’s skull of a Neanderthaler. In 1848 it was a full-grown Neanderthaler skull, which came from a cave in the rock of Gibraltar in southernmost Spain to light (Schad 1985). But all these finds could not be interpreted. You did not know what you had in your hands. Only 1856 started with the discovery of an almost complete skeleton of an ice-time man in the Neandertal between Düsseldorf and Wuppertal in Germany, the primordial research, welcomed happily by Darwin and Haeckel because his head shape is closer to monkey shape than today’s man.

In the meantime, hundreds and hundreds of fossil people have come to light, right early also in Spain, front, southern, and East Asia. The oldest finds – older than 2 million years and thus before the ice ages – were invariably found in East and South Africa. The oldest proof of humanity from the time depth of 7 million years ago French researchers found in 2002 in the Sahel zone of the South Sahara at Chadsey, Sahelanthropus chadenis called.

It is a strikingly small skull that probably belonged to a correspondingly small total design. The explorers hold him because of his unexpectedly vertical facial front for a real morning farm (hominid).

The location of the backhead hole speaks for a relatively upright attitude of the head and thus for upright posture. The skull finding of the Sahelman by Chad Sea, 7 million years old, as well as the find in the leading English journal Nature, had been published in their next numbers, the counter-arguments reported: such a small brain volume with missing forehead and large superimposes speak probably for an early one People (Pongiden).

Multiple, the argument ping pong went back and forth. In compliance with all characteristics and arguments, one must say that both sides are partly entitled. We have to do it with a mixed form. After all, the upright attitude is decisive to calculate the Sahelanthropus to the human family.

The common vertices of the pongides and hominids must have been evenly mixed. It is expected at 8 or 9 million years (middle Miocene of the young tertiary).

Now in 1908, Rudolf Steiner tried to understand the incarnation with full recognition of joint evolution with the following picture:

“Think of all the characteristics that are scattered in animalism were in humans. He cleaned himself. This could develop higher. If we have a cloudy liquid in front of us and let the rough one set as a ground set, the finer is left over.

Likewise, in the animal shapes, the coarser, which man could not have been at its current stage of development, has dropped off, as deducted. By the fact that man these animal shapes as his older brothers from his development series

thrown out, he has come to his current height. ”

By increasing the early man’s weapons of their originally human features and characteristics increasingly, they have become secondary to predominant animals. Even as children, they show their abandoned and game behavior in their upright forehead and attitude and in their rich curiosity and game behavior. The human line, on the other hand, has increasingly allowed its braided monkey properties behind. And yet we have a lot of uncontrolled emotions in us or decayed secondarily reinforced in it when the cultural education process is not right.

Conversely, Pongiden research has shown that there are gorillas and chimpanzee hints of true self-confidence, especially in kids. Jörg Hess watched young mountain gorillas in East Africa, who looked after a mirror in the reflection of the waterproofs. Also, chimpanzees recognize themselves in the mirror attempt than themselves. That’s why there are serious aspirations to put these related relatives under human rights and deprive medical experimental purposes (Cavalieri / Singer 1994).

We come to the conclusion that the initial question makes a wrong alternative. Not the man dies away from the monkey and not the monkeys derived from humans, but both come from a common mix of mixed form, from which they have aroused themselves after different directions. In it, today’s unspillable natural science and unbiased humanities meet.