At his house in 1974, for his patients and their beloved ones, Robert Gorter had established a study group in Anthroposophy in general and in regard to medicine in particular (Karma and Reincarnation). As far as we know, this study group is still meeting on a regular basis in Amsterdam in 2013. One of the organizers in Bart Muijres, a teacher of the Waldorf  School in Haarlem.

These pictures were taken during the evening that the study group met (around 1991). Each topic for every year was decided at the end of the previous year (s8ally July). The membership would fluctuate but the hard core of study group member were eternalized on these two pictures.

In both pictures, obviously made one after the other, one sees the sisters Elly van der Noort-Bos and Ria Bos; Irsma van Tweeuen, Bart Muijres, Astrid and Robert Gorter (m). 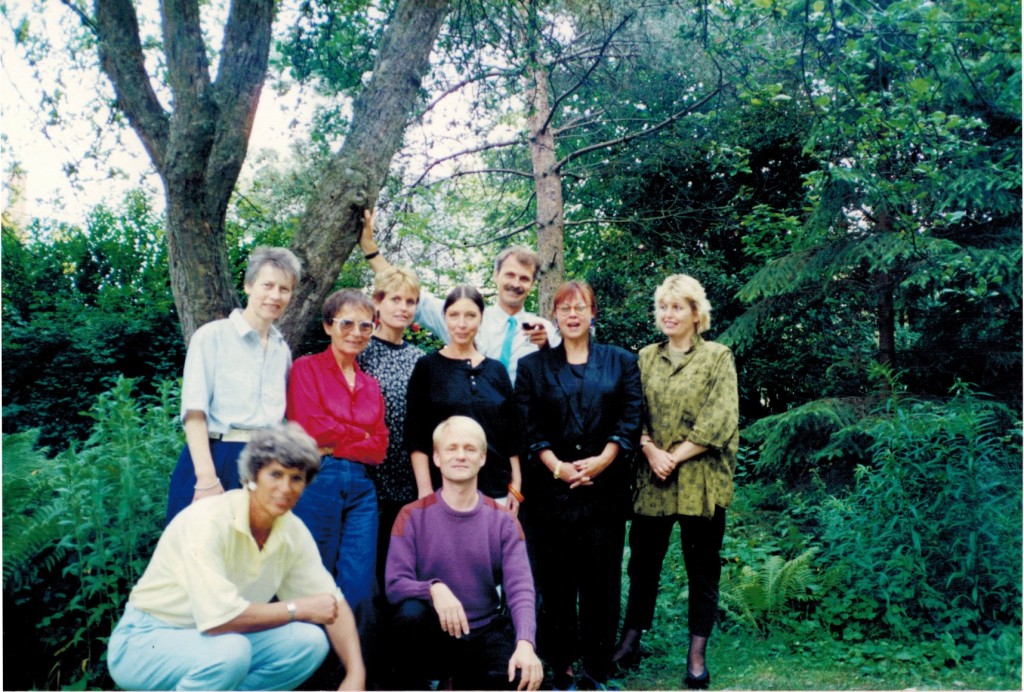 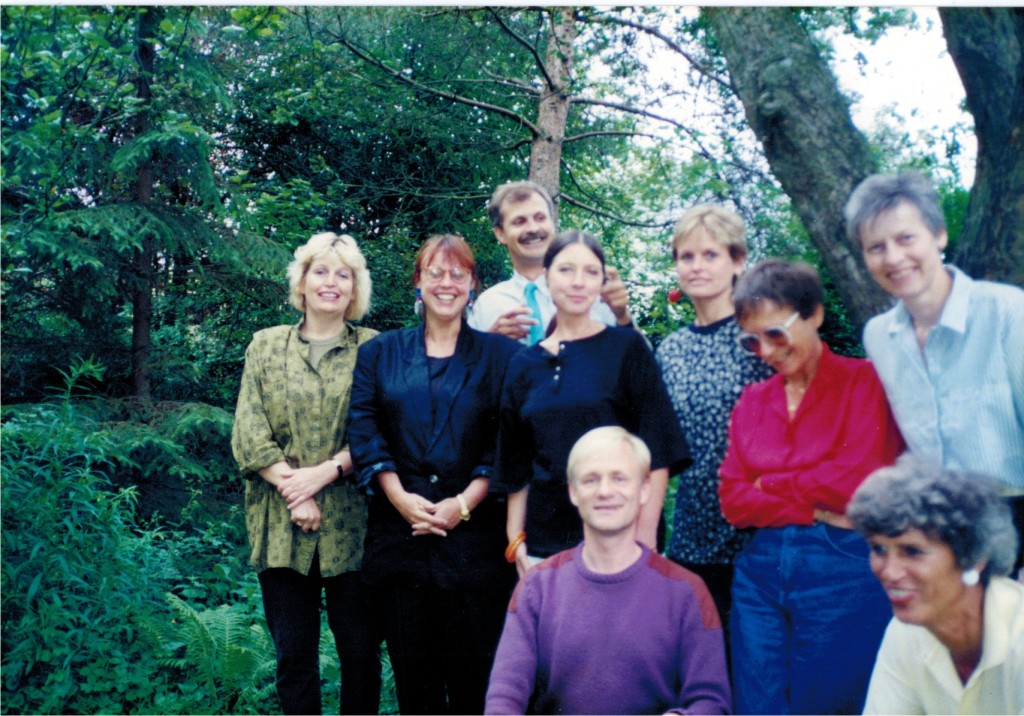