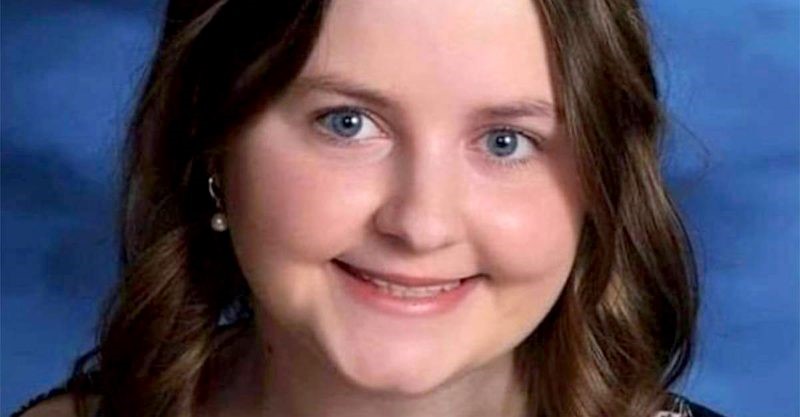 A Nevada teen was put in a coma, placed on a respirator, and underwent three brain surgeries after developing blood clots about one week after getting the Johnson & Johnson vaccine.

Although Burkey experienced a “massive brain injury,” accordingly to the local press, her parents are “cautiously optimistic.”

According to family spokesperson Bret Johnson, after Emma Burkey, 18, suffered seizures, doctors placed her in an induced coma and on a respirator. The high school senior has improved and is now awake and off the respirator, but still requires a tracheostomy tube, which has impaired her ability to speak.

“She is improving slowly,” Johnson told Las Vegas Review-Journal. “The word we got from her parents last night was ‘slowly, slowly slowly.’ For a while there, her situation and condition was completely unknown. “Very scary and very iffy, honestly.”

Burkey was first treated at St. Rose Dominican Hospital in Henderson before being airlifted to Loma Linda University Medical Center in Southern California for specialized care.

According to Fox 5 Las Vegas, Burkey was one of the six women whose case is under review by U.S. health agencies, which last week paused the vaccine citing concerns about blood clots.

The woman, identified as 18-year-old Emma Burkey, was one of six women across the country who experienced a serious clotting side effect after receiving the one-shot vaccine.

A Centers for Disease Control and Prevention (CDC) panel said Burkey and other women experienced headaches and back pain prior to the discovery of blood clots.

The CDC panel also disclosed that Burkey was given heparin, a blood thinner which typically is standard treatment for blood clots, but in cases like Burkey’s, can actually make the condition worse.

“If someone comes in with this really rather rare syndrome of thrombotic thrombocytopenia where you get thromboses, the most common way to treat that would be with heparin,” White House Chief Medical Advisor Dr. Anthony Fauci said during an April 13 White House news briefing. “That would be a mistake in this situation because that could be dangerous and make the situation worse.”

As The Defender reported April 16, Children’s Health Defense queried data from the CDC’s Vaccine Adverse Events Reporting System (*VAERS) for events associated with clotting disorders. VAERS yielded a total of 795 reports for all three vaccines from Dec. 14, 2020, through April 8. Of the 795 cases reported, there were 400 reports attributed to Pfizer, 337 reports to Moderna and 56 reports associated with J&J.

U.S. health authorities recommended a pause for J&J vaccinations last week while they investigate reports of what they described as “rare and severe” clot conditions. The CDC’s Advisory Committee on Immunization Practices is scheduled to meet Friday to consider whether to resume vaccinations with J&J’s single-dose shot, and if so, what recommendations or restrictions for use should be put in place.

The European Medicines Agency (EMA) said Tuesday its safety committee recommended a warning about a rare, serious blood-clot condition be added to the product information for J&J’s vaccine. The agency, which oversees drug regulation in the EU, said the benefits still outweigh the risks of the vaccine, but noted people should be aware of rare blood clot symptoms so they can quickly get treated if they develop symptoms.