“The first battlefield is Re-Writing of History!”

“Islam is not a religion, nor is it a cult. In its fullest form, it is a complete, total, 100% system of life,” Dr. Hammond notes in his book. “Islam has religious, legal, political, economic, social, and military components. The religious component is a beard for all of the other components.” 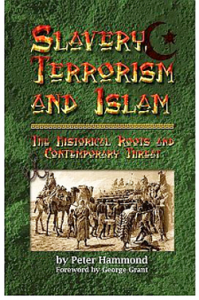 Their takeover of a country, what Dr. Hammond refers to as “Islamization,” begins when the population of Muslims reaches a critical mass, and they being to agitate for various privileges.

Open, free, democratic societies are particularly vulnerable. “When politically correct, tolerant, and culturally diverse societies agree to Muslim demands for their religious privileges, some of the other components tend to creep in as well,” he notes. 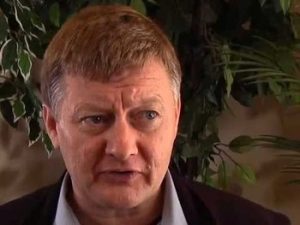 This is how it works, according to Dr. Hammond:

When the Muslim population remains under 2% in a country, they will be seen primarily as a peace-loving minority and not as a threat to other citizens. This is the current situation in:

As the Muslim population reaches 2% to 5%, they begin to recruit from ethnic minorities and disaffected groups, within prisons and street gangs. This is happening in:

“From ca. 5% on, they exercise an inordinate influence in proportion to their percentage of the population,” Dr. Hammond notes. “For example, they will push for the introduction of halal (clean by Islamic standards) food” and increase pressure on supermarket chains to feature such food on their shelves — along with threats for failure to comply. This is happening in:

Soon they begin to apply pressure to allow Sharia law within their communities (sometimes ghettos).

“When Muslims approach 10% of the population, they tend to increase lawlessness as a means of complaint about their conditions,” Dr. Hammond notes. “In Paris, we are already seeing car-burnings. Any non-Muslim action offends Islam, and results in uprisings and threats, such as in Amsterdam, with opposition to Mohammed cartoons and films about Islam.” These tensions are seen regularly in:

The violence increases when the Muslim population reaches 20%. “After reaching 20%, nations can expect hair-trigger rioting, jihad militia formations, sporadic killings, and the burnings of Christian churches and Jewish synagogues,” such as in:

“At 40%, nations experience widespread massacres, chronic terror attacks, and ongoing militia warfare,” such as in:

From 60%, persecution of non-believing “infidels” rises significantly, including sporadic ethnic cleansing (genocide), use of Sharia law as a weapon, and Jizya, a tax placed on infidels, such as in:

After ca. 80%, expect daily intimidation and violent jihad, some State-run ethnic cleansing, and even some genocide, as these nations drive out “infidels,” and move toward a 100% Muslim society, which has been experienced to some degree in: 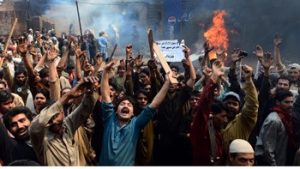 A 100% Muslim society will theoretically usher in their version of peace — the peace of ‘Dar-es-Salaam’ — the Islamic House of Peace. “Here, there’s supposed to be peace, because everybody is a Muslim, the Madrassas are the only schools, and the Koran is the only word,” such as in:

Dr. Hammond observes this Islamic ideal is seldom realized. “Unfortunately, peace is never achieved, as in these 100% states the most radical Muslims intimidate and spew hatred, and satisfy their blood lust by killing less radical Muslims, for a variety of reasons.”

Dr. Peter Hammond is a missionary who has pioneered evangelistic outreaches in the war zones of Mozambique, Angola, and Sudan. Peter has traveled hundreds of thousands of miles to deliver Bibles to persecuted Christians in Africa and Eastern Europe.

Hammond has developed the Biblical Worldview Seminar and Great Commission Course to mobilize churches to comprehensively apply the Lordship of Christ to all areas of life and to fulfill the Great Commission.

Hammond was born in Cape Town and brought up in Rhodesia – now Zimbabwe. He converted to Christianity in 1977, worked in Scripture Union and Hospital Christian Fellowship, served in the South African Defense Force, and studied at Baptist Theological College, Cape Town. He also earned a Doctorate in Missiology.

This is a fascinating, well-illustrated, and thoroughly documented response to the relentless anti-Christian propaganda that has been generated by Muslin and Marxist groups and by Hollywood filmmakers. As Karl Marx declared: “The first battlefield is the re-writing of History!”

“Peter knows first-hand the nature of the enemy the West is facing and exposes it brilliantly in this book on Islam. He begins by documenting the close relationship between Islam and slavery and then chapter by chapter reveals the terrible cost of thirteen centuries of Islamic invasion, conquest, and brutalization. This is a book that every Christian should read and pass along to friends, and one that every home-schooling family should require as part of their children’s curriculum.” Dr. Brian M. Abshire “Dr. Peter Hammond cuts through layers of misinformation and uncovers astonishing historical facts and details long buried by Islamic revisionists. You’ll find out their real agenda for tomorrow by discovering what they did yesterday – plus a field-tested plan of how to win Muslims to Christ.” Rev. Bill Bathman “For the sake of this generation, and coming ones, someone had to do what Dr. Peter Hammond has just done; setting the record straight on the different role players in the slave trade.” Rev. Fano Sibisi “Slavery, Terrorism & Islam, is a must reading to all those who want to find out the roots of the Terrorism that is threatening global security and Human Rights.” 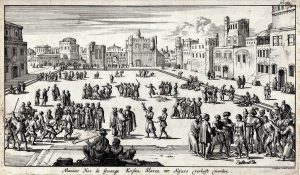 Slavery was a routine part of human existence from the start, and in several nations still is. Nor were black Africans the only human beings to become slaves… Slavery was a common disease that affected every community on earth; a shameful secret of the whole human family. Pictured: “How Christian prisoners are sold as slaves at the Algiers market,” an engraving from 1684 by the Dutch Jan Luyken. (Image source: Amsterdam Historic Museum/Wikimedia Commons). 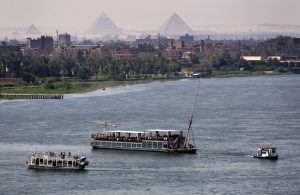 One of the 7 world-wonders: the three pyramids in Geza (near Cairo in Egypt)

These pyramids are approximately 5,000 years old and built-in part- by slaves. Must we now turn down all pyramids? 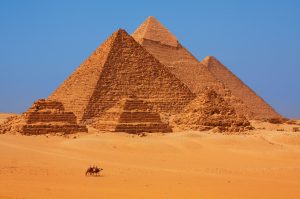