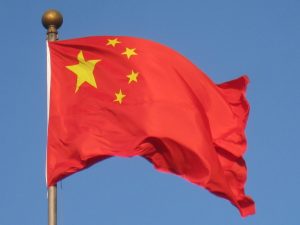 At least 54 scientists who received grants from the National Institutes of Health have been fired for failing to disclose their ties to foreign governments, particularly China, according to an ongoing investigation.

The NIH since 2018 has been investigating instances of fraud by scientists who received federal grant money. In 93 percent of cases investigated by NIH, these scientists failed to disclose their ties to China. Nearly $165 million in grants had been disbursed to these scientists.

The findings, first reported by Science magazine, provide evidence that China has amplified its efforts to place its scientists into sensitive U.S.-funded research programs. Once in the NIH system, these scientists can steal research and send it back to China, where it can be used to boost the Communist regime.

Congress has been concerned about stolen U.S. scientific research for some time. A 2019 investigation by the Senate Permanent Select Committee on Investigations found that Chinese scientists enlisted in the country’s Thousand Talents Program, which recruits overseas researchers to bring their talents back to China, “set up ‘shadow labs’ in China … and, in some cases, transfer U.S. scientists’ hard-earned intellectual capital.”

Three-quarters of the scientists found to have hidden on purpose their ties to foreign governments like China had active NIH grants.

NIH identified at least 399 more scientists of possible concern, according to Science magazine. The FBI confirmed that at least 30 percent, or 121 individuals, lied about their ties to foreign governments.

Some 54 scientists have resigned or been fired as a result of an ongoing investigation by the National Institutes of Health into the failure of NIH grantees to disclose financial ties to foreign governments. In 93% of those cases, the hidden funding came from a Chinese institution.

The new numbers come from Michael Lauer, NIH’s head of extramural research. Lauer had previously provided some information on the scope of NIH’s investigation, which had targeted 189 scientists at 87 institutions. But his presentation today to a senior advisory panel offered by far the most detailed breakout of an effort NIH launched in August 2018 that has roiled the U.S. biomedical community and resulted in criminal charges against some prominent researchers, including Charles Lieber, chair of Harvard University’s department of chemistry and chemical biology.

“It’s not what we had hoped, and it’s not a fun task,” NIH Director Francis Collins said in characterizing the ongoing investigation. He called the data “sobering.” 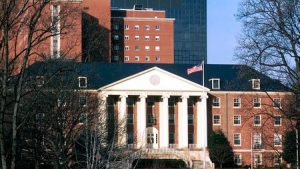 The National Institutes of Health has been investigating grantees suspected of not disclosing their links to foreign institutions, notably in China.

In the vast majority of cases, Lauer reported, the person being investigated has been an Asian man in his 50s. Some three-quarters of those under investigation had active NIH grants, and nearly half had at least two grants. The 285 active grants totaled $164 million.

Lauer also presented data on the nature of the violations that NIH has uncovered. Some 70% (133) of the researchers had failed to disclose to NIH the receipt of a foreign grant, and 54% had failed to disclose participation in a foreign talent program. In contrast, Lauer said, only 9% hid ties to a foreign company, and only 4% had an undisclosed foreign patent. Some 5% of cases involved a violation of NIH’s peer-review system.

Lauer said the fact that 82% of those being investigated are Asian “is not surprising” because “that’s who the Chinese target” in their foreign talent recruitment programs. Some 82% are men, and their median age is 56, with the youngest being 48 and the oldest 59. Slightly more than one-half had been an NIH peer-reviewer in the past 2 years, and 41% of those under investigation (77 scientists) have been banned from further participation in NIH’s well-regarded system of vetting grant proposals.

NIH has been at the forefront of federal efforts to identify and block behavior that many U.S. government officials say poses a significant threat to the country’s economic well-being and national security. Several bills pending in Congress seek to limit that threat in various ways, including by limiting the flow of scientific talent from China to the United States, and by restricting access to federally funded research that provides a foundation for cutting-edge technologies and new industries.

Lauer’s presentation also provided a glimpse into the scope of that broader investigation. There are 399 scientists “of possible concern” to NIH, he told the advisory council, and the Federal Bureau of Investigation has fingered 30% (121) of them. An additional 44 have been flagged by their institutions. Of that pool, Lauer said, investigations into 63%, or 256 scientists, came out “positive.” Investigations into some 19% came up “negative,” he noted, whereas the status of the remaining 18% is “pending.”