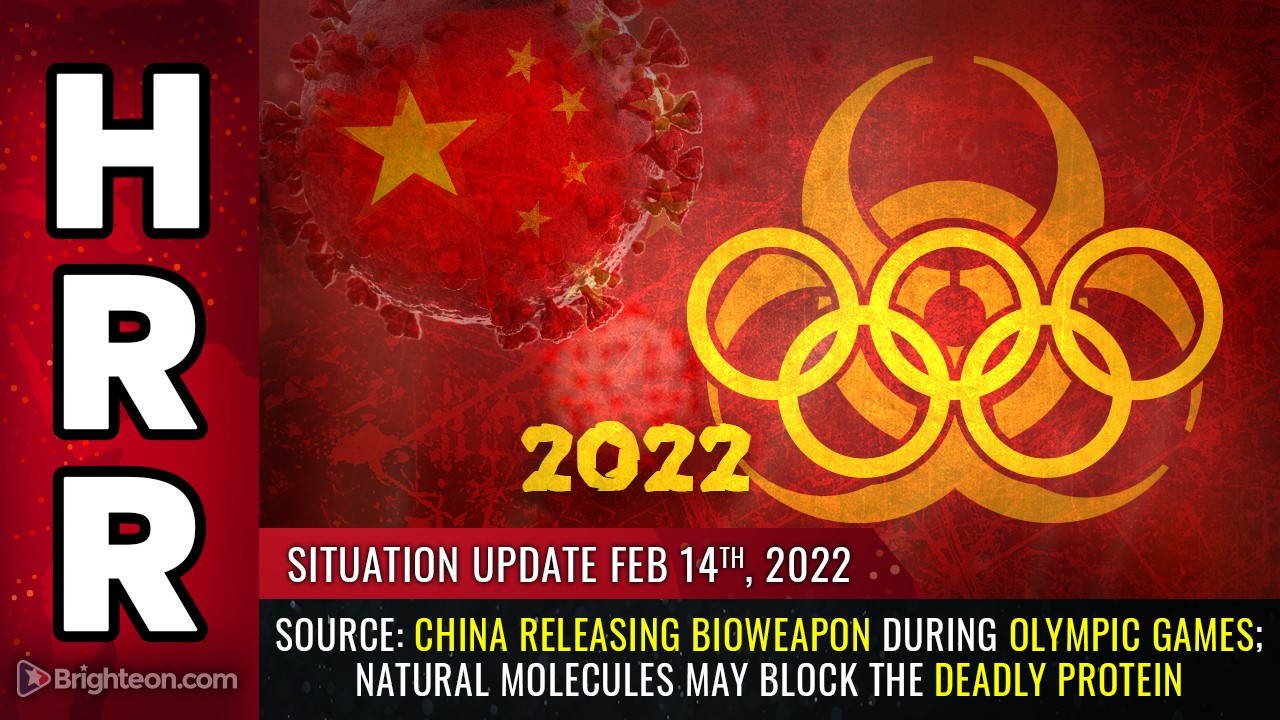 In a bombshell interview with JD Rucker (see below), former Hong Kong virologist and CCP whistleblower Dr. Li-Meng Yan — who was right all along about the gain-of-function origins of SARS-CoV-2 — has publicly alleged that the CCP and PLA are releasing a new, engineered bioweapon onto athletes and participants at the Beijing Olympic games (right now: February 2022). This deliberate release, says Dr. Yan, is timed to infect participants from dozens of countries around the world who will then unknowingly transport hemorrhagic fever to their home countries, unleashing another wave of a global pandemic.

Go to the 42:00 mark in the following video from JD Rucker, which has been hosted on both Rumble and Brighteon, to hear Dr. Yan explaining this in detail. JD Rucker is found on Substack.com.

Dr. Yan has also explained this in a public tweet as follows:

According to Creative Destruction Media, “Well-placed sources have informed CDMedia that the armed forces of the Chinese Communist Party, the People’s Liberation Army, have launched another virus on its own people during the Olympics in Beijing, in order for athletes and diplomats to return home and infect the rest of the world, particularly the West.”

CDM also explains how the virus has been engineered to extend its incubation time for maximum global impact:

The (Marburg) virus has been altered inside a laboratory to make the incubation period longer than usual, now suspected at 3-4 weeks, in order to allow visitors to Beijing to return home with no symptoms during transit… The virus is said to be highly transmissible and causes bleeding through multiple orifices of the body, even the skin.

What’s fascinating here is that, according to Dr. Yan, the CCP is already aware of an antidote to their new hemorrhagic fever bioweapon, and they are actively hoarding the Johnson & Johnson drug that serves this function.

According to Dr. Yan’s sources, the drug is known as Darzalex (daratumumab), and it is very expensive and somewhat uncommon. It has nowhere near the wide availability of Ivermectin.

The drug works by targeting the CD38 glycoprotein which is over-expressed in multiple myeloma patients. It is believed that the engineered hemorrhagic fever bioweapon causes a tidal wave of CD38 production in the body, interfering with immune function and causing sudden cell death (among other problems).

From the Science Direct page on CD38:

CD38 is a type II membrane glycoprotein that plays a role in cell adhesion, migration, and signal transduction. Additionally, CD38 is an ectoenzyme involved in the generation of nucleotide metabolites, such as ADP-Ribose (Lee, 2006). CD38 expression is highly upregulated on human plasma cells and especially on MM cells.

From the NIH / PubMed site, here’s a study describing how the J&J drug targets the CD38 glycoprotein and treats multiple myeloma cancer:

The relationship between CD38 and NAD+

Although this is a simplification, there is a relationship in every human body between CD38 — the “bad” protein” — and NAD+ — the “good” molecule. NAD+ stands for nicotinamide adenine dinucleotide.

To put it simply, when NAD+ levels are too low, it causes an over-expression of CD38. Higher levels of CD38 lead to inflammation and cell malfunctions while also suppressing NAD+, leading to a self-reinforcing spiral into inflammation, aging, lack of cellular energy, and other health problems.

If Dr. Yan is correct, our world is about to be subjected to something akin to “COVID 2.0” — but far worse if it’s an engineered hemorrhagic fever bioweapon (and predicted by Bill Gated in the fall or 2021).

Unlike the case with covid, there’s no simple, low-cost, widely-available drug that we know of which will prevent 80% of deaths (or even close to that). Ivermectin has saved countless lives in the context of covid, but Ivermectin is not very effective against hemorrhagic fever (at least not that we know of yet).

This underscores the importance of nutritional preparedness — getting your body’s terrain ready for an onslaught of aggressive, deadly nanoparticles or “virus” strains that are apparently being deployed against humanity in an escalation of the global war against the human race.

With covid, those who died the quickest were those with co-morbidity factors such as high blood pressure, diabetes, and respiratory conditions. When it comes to hemorrhagic fever attacks, it may turn out that those who have poor nutrition and who live on processed, nutrient-depleted foods may be the most vulnerable.

Get the full details in today’s powerful, information-packed podcast here:

Find more information-packaged podcasts each day, along with special reports and emergency updates, at: