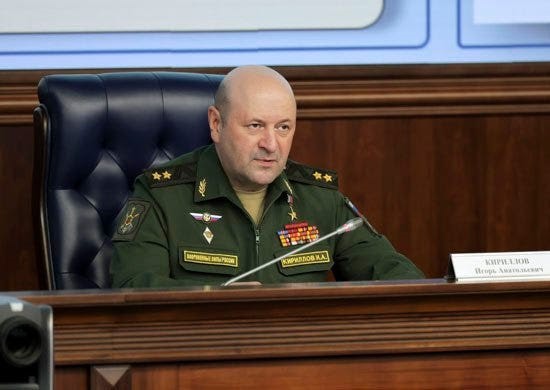 A new briefing from Chief of Radiation, Chemical and Biological Defence Forces, General Igor Kirillov, on military biological activities of the United States in the territory of Ukraine. 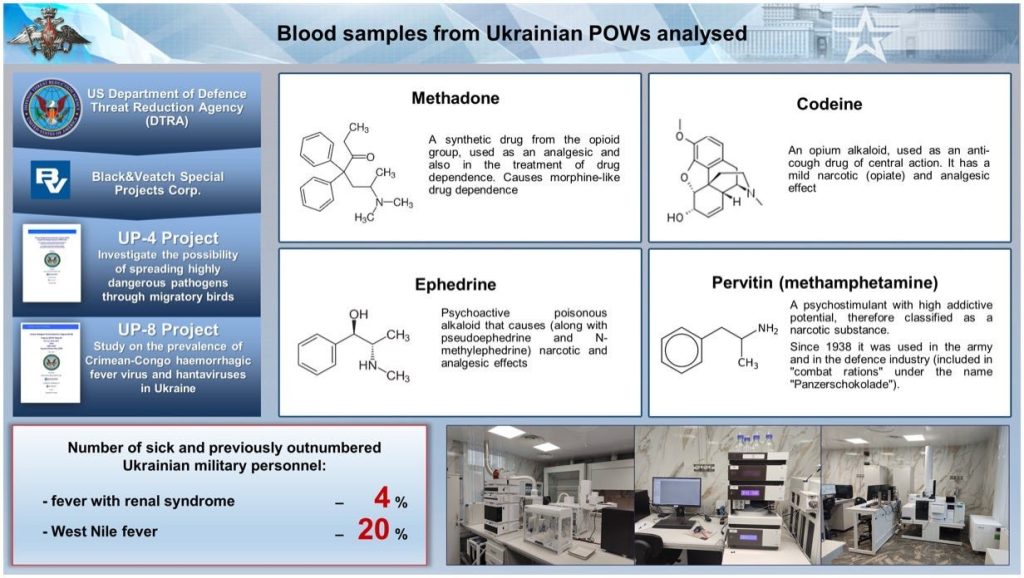 The Russian military has been studying biological samples from surrendered Ukrainian soldiers, and what they have been finding is beyond disturbing. Approximately 20% of them carry West Nile pathogens, which were being studied “by the Pentagon as part of the Ukrainian UP-4 and UP-8 projects”. Suggesting that Ukrainian soldiers are subject to involuntary biological experimentation and exposure to biological weapons (think Nuremberg).

In addition to carrying pathogens, nearly all of the surrendered Ukrainian soldiers carried traces of a wide variety of narcotics and opioids, including Meth and Codeine.

Russia was sure to remind us of the Nazi’s usage of methamphetamines in WW2. I covered this 2 weeks ago when the left-wing media tried to spin this reality as some sort of X-men mutant conspiracy theory. No, they are just Nazis, and historically, Nazis use drugs. Particularly as an advantage in war. 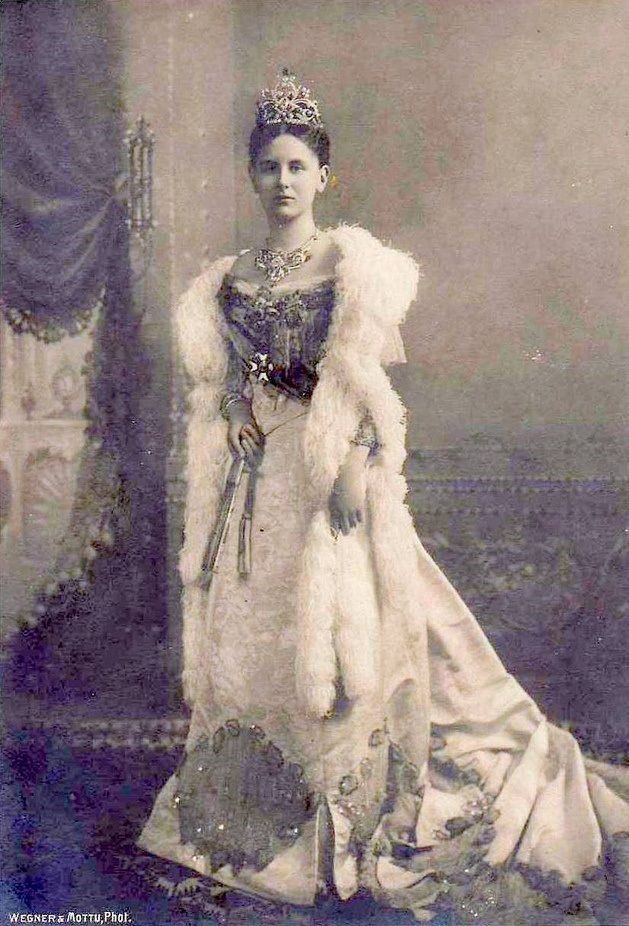 Wilhelmina, the Queen of the Netherlands, during WW1

During WW1, The Netherlands as a nation were neutral but the Dutch Royal family had a special lab in Amsterdam to manufacture amphetamines and other drugs and sold that to the nations involved in the military conflict to provide its troops with these drugs to improve their energy levels and courage. This way, they made a huge fortune.

The USA falsely claim that Russia is losing the war and falsely claim they are blaming it on genetically modified “mutant-troops” as a result of the USA Biolabs in Ukraine. Before reading the article, one should understand that this is straight-up nonsense.

Russia goes on to cite that this methamphetamine Ukraine is using, Pervitin, was also used by US soldiers during Vietnam and Korea. It is designed to reduce the psycho-emotional burdens of war.

However, an intended side effect is excessive aggression, which Russia alleges is one of the main factors for the Nationalist Ukrainian forces displaying “extreme cruelty” to civilians and shelling of their own people in Donbas. Ukraine is using mind-numbing agents on their forces to make them more susceptible to carrying out heinous acts. 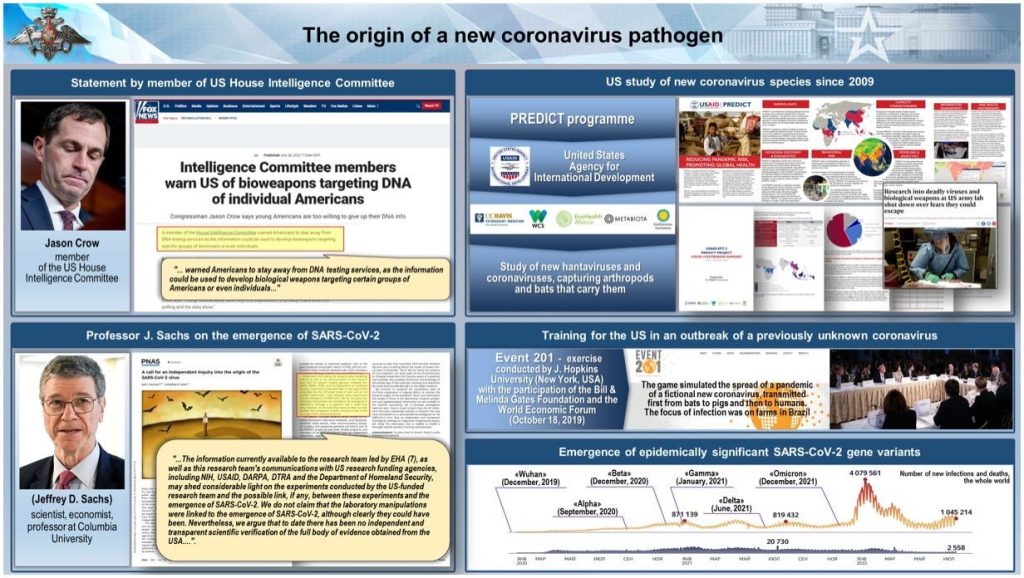 Next, we find perhaps the most explosive slide to date, in which Russia finally comes out and directly accuses the USA of being responsible for the creation and release of COVID-19. What I have been saying from the beginning, is that this all leads to COVID-19, which will be the nail in the coffin and the red pill that wakes up the world.

The backlash the USA is facing from Russia and the rest of the Eastern world is direct because the world found out the United States created COVID-19. Specifically, the “DNC/Liberal Globalists”, as the Russians allege. Not Trump.

Russia clarifies they have a record of over 16,000 biological samples, including blood and serum samples, transported from Ukraine to the US, Georgia, and European countries.

The USA claimed that all of these biological samples would be used “exclusively for peaceful purposes”, but we can see that they were not.

Russia then pointed to USA Congressman Jason Crow of the House Intelligence Committee, who warned Americans about the dangers of giving their DNA to private companies (Think 23&Me) for testing because:

“…there is a strong possibility that test results will be sold to third parties… and the information obtained could be used to develop biological weapons targeting specific groups… or individuals.”

It sounds exactly like what Russia has been alleging all along. That the US has been producing biological weapons to ethnically cleanse certain individuals of select genome sequences, is about you all, but ethnic cleansing with biological armaments doesn’t sound very “Democratic.”

Russia says this activity gives reasonable cause to question USA military biologists in the emergence and spread of the COVID-19 pathogen. Russia cites:

“In May 2022, Jeffrey Sachs – a leading expert in the respected medical journal The Lancet and professor at Columbia University, the leading academic institution for global biosecurity, told a conference in Spain that ‘..the coronavirus was artificially created and is very likely to have been created using American advances in biotechnology…’.”

Russia just accused the United States of creating and releasing COVID-19. But there is much more.

Russia confirms the unnatural behavior of C19 proves that this virus was not only man-made but being constantly worked on and “artificially fueled” via the introduction of different variants to different regions.

Many others and I have been leaning towards the possibility that Wuhan was not the only “origin” of the COVID-19 outbreak. It was released at multiple labs around the world, with different specially engineered variants, designed to target the people of the region with genome-specific COVID-19 virus.

The DNC Globalists were using Ukraine as the home base for the production of the virus, then shipping the genome-specific viruses to labs around the world, to be released to ensure the virus infected the entire world…

According to our group of independent experts, this is evidenced by the uncharacteristic variability of the genovariants that cause different peaks in the incidence of coronaviruses, significant differences in lethality and contagiousness, and uneven geographical distribution, and the unpredictable nature of the epidemic process as a whole. It appears that despite efforts to contain and isolate the disease, the pandemic is being artificially fuelled by the introduction of new variants of the virus in a particular region.

Russia goes on to directly accuse the US Agency of International Development, (USAID), of involvement in the creation of the new Covid variants. Citing that they have been studying coronavirus since 2009 (Obama) and that one of the main contractors for the project is the infamous Biden bio lab company, Metabiota, the main source of biological malfeasance in Ukraine.

The implementation of the COVID-19 scenario and USAID’s emergency wind-down of the Predict program in 2019 suggest the deliberate nature of the pandemic and US involvement in its emergence.

Russia believes not only did the US create and release C19, but they did so with deliberate intentions. 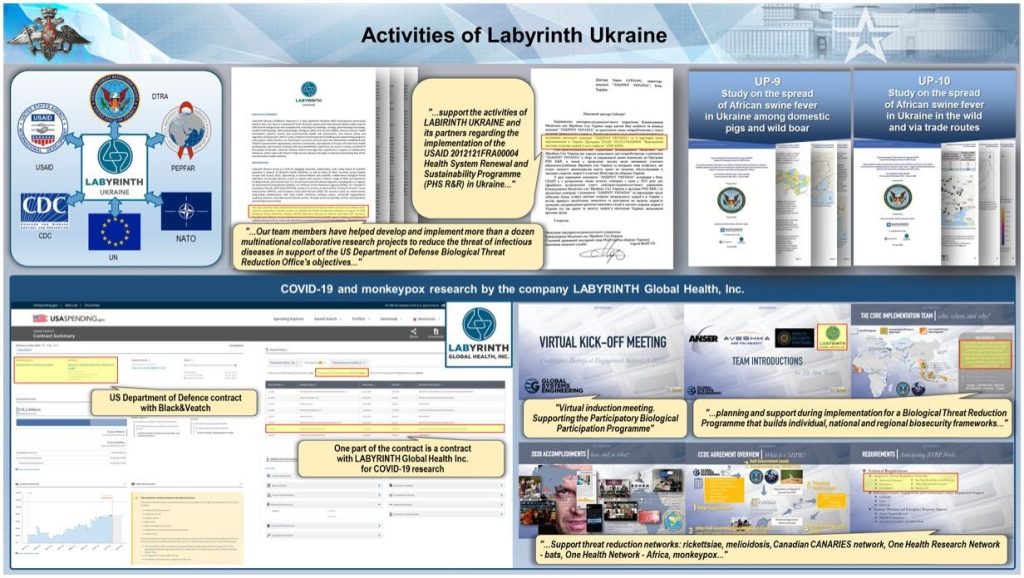 And just when one thought it could not get any worse… it gets worse:

In the third slide, Russia highlights the activities of Labyrinth Ukraine. Particularly their vaccination of Ukrainian soldiers, and collecting biological samples from them so they can develop genome-specific biological weapons. Citing one of the main contractors affiliated with Labyrinth is, once again, Biden’s Metabiota.

Russia also notes that Labyrinth Global Health has been studying CORONAVIRUSES and MONKEYPOX.

Thus we see a clear trend: infectious disease agents that reach the Pentagon’s zone of interest are subsequently pandemic, with US pharmaceutical companies and their patrons, the leaders of the US Democratic Party, as the beneficiaries.

Monkeypox is the next bioweapon released intentionally by the Deep State to attempt to steal the 2022 election with mass mail-in voting.