Dr. Robert Gorter travelled to Bologna and Florence in Italy from December 2nd through 5th, 2010, to lecture at the art therapy school “Stella Maris” (Scuola di Luca) in Bologna.

The art therapy school Stella Maris is a spring off from the art therapy school Scuola di Luca in Florence which was founded by Robert Gorter (as the medical specialist) and Mrs. Fiorenza De Angelis (as the leading artist for painting) in 1993. Scuola di Luca was carried by a non-profit, tax-exempt foundation. Unfortunately, as a complication of many years of heavy smoking, Fiorenza experienced several bouts of deep vein thrombosis and once lung emboli which did not keep her from smoking (!). Then, in 2006, she experienced another massive embolus with a stroke (brain infarct), and left her paralyzed. Since then, she has not been able to work in any form, and the school entered in quite a disarray: ignoring the legal status of the school as a non-profit, tax-exempt organization, two of her daughters, and the De Angelis family at large, got involved in a kind of “succession war” and Robert Gorter had to withdraw as faculty member.

Therefore, Robert Gorter joined one of the early and most promising students of Scuola di Luca in Florence, Mrs. Carla Borri, to set up a second school for art therapy in Bologna (Stella Maris, or “Scuola di Formazione in Arte Terapia del Colore”).

Also, Robert Gorter went one day to Florence to meet the interior designer Mr. Ilio De Fillipis, to discuss plans and design options for new clinics-to-come. Ilio De Fillippis has designed and built houses and mansions in California (Hollywood) and in many locations in Asia and Europe. 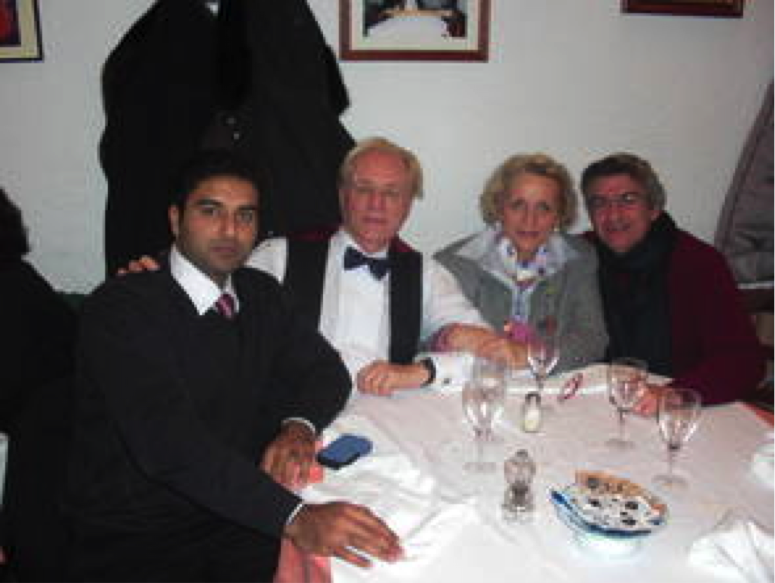 This picture was taken during a quick lunch brake at a local restaurant around the corner of the school building with Carla and Francesco, and a student guest, named Mani, from Pakistan. 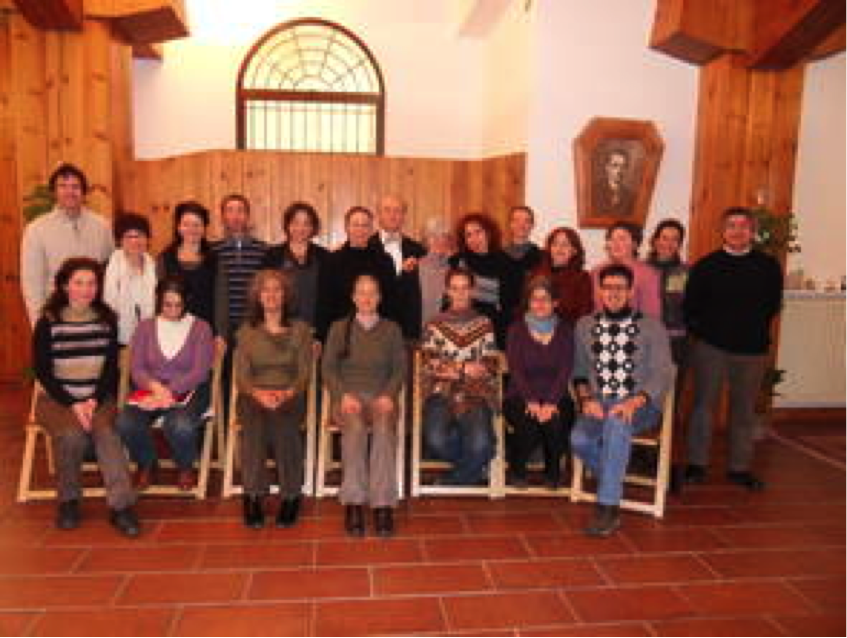 Here, Dr. Robert Gorter has been captured with his students for art therapy in Bologna on Sunday, December 5th, 2010. All the way to the right is Francesco Settani, who translated simultaneously from English into Italian