Robert Gorter’s adolescence was spent in the family house, there were always guests coming and going; often international guests from far away and with quite a certain erudition and style. On occasion, security was around or in the house to protect the guests.

From a certain age on, Robert was allowed to sit in the corner of the living room or his father study, and listen to the dialogues, being developed among the people present. When there was a more formal dinner, Robert was allowed to sit at his own and smaller dinner table in the other corner of the dining room under the condition that he would be absolutely silent. Robert Gorter’s adolescence was spent amongst important people his parents had over. He was exposed to new ideas and concepts that formed his personality.

On occasion, he could not follow the discourse because of language barriers, but on the whole, he felt he was able to get the essentials. And what struck him most was the fact that several of these well-educated intellectuals from countries far away from Holland, would say incomprehensible things.

All Robert Gorter‘s adolescence was puzzled by this phenomenon: “how could well-educated people have completely different opinions about important things then he was familiar with?”  and “How can seemingly reasonable and gentle people be so in conflict with `common sense`?” And thus, the urge in Robert slowly emerged to read and to study how man can obtain knowledge and how many different ways to knowledge there are anyway.

Once studying medicine at the University of Amsterdam, he studied in addition philosophy: “Theory of Knowledge” or, “Erkenntnisstheorie.” (At that time, the Faculty of Philosophy was very much Marxist- or Existentialism-oriented which did not fill his needs. So in part, he studied, besides of course Aristotle and Plato, on his own philosophers as Spinoza, Kant, Fichte and Hegel.

Also Robert Gorter’s adolescence was when he discovered Johann Wolfgang Goethe as a philosopher and scientist for which he failed an oral exam, as common judgment at the university at time was that Goethe was a writer but not a philosopher and for sure not a scientist). 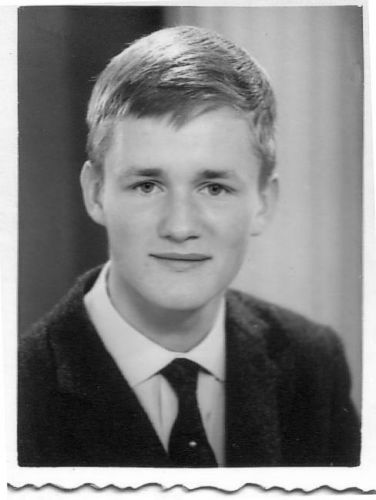 Robert at age 16 , living in two worlds; one of a regular teenager of his time, and in another world, where he was submerged in his absolute conviction about reincarnation and karma and therefore, studied Buddhism, Sufism, Theosophy and Gurdjeff/ Uspensky.

At this age, he was also fascinated by astronomy and built his own mirror telescope. After homework, often late at night, he would work for hours to polish a 6cm-thick glass window from an old ship, to turn it into a 30cm-in-diameter stable and perfectly curved mirror for his own telescope.

His telescope easily magnified 1.000 to 2.000 times. After half-a-year, he looked through his first telescope and could observe all planets and their moons, a sun eclipse, and many more phenomenons. Once, Professor Jaap Kistemaker, a famous Dutch physicist who invented the ultra centrifuge to enrich uranium, and a very close friend of the parents (Kistemaker was also a free mason) had looked once through the telescope and was extremely impressed by the quality of this telescope.

When he heard Robert talk and explain about mass and velocity, distance, the moons and many more details about the planets and the solar system, he told his parents later, that it was his strong conviction that Robert had the correct mind and attitude of a true scientist and that his questions Robert was struggling with, were mind-blowing to him.

Kistemaker: “He has a set of mind which is unusual for a boy of his age, and is very untraditional”.  At age nine, Robert had a significant experience, when he saw Buddha statues for the first time in his life(more about this significant experience later in his biography and by another member of our group).