Positive Covid-19 tests kept a mom and baby apart for 55 days. Experts see it as a bigger testing problem 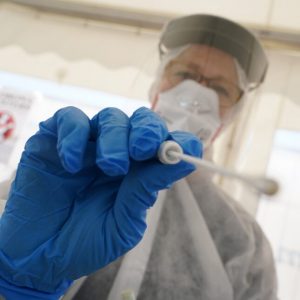 The very premature infant was born via cesarean section and quickly whisked away to the neonatal intensive care unit before his mother could even lay eyes on him. Over the next eight weeks, the only time she saw her baby was when the NICU staff sent photos, or when a nurse FaceTimed her while the baby was being bathed.

The young mother, who gave birth at Montreal’s Sainte-Justine Hospital, tested positive for Covid-19 when her baby was born. For 55 days afterward, she repeatedly tested positive for the SARS-CoV-2 virus. Because she did, the hospital would not allow her to return after she was discharged, meaning she could not hold or nurse her baby for the first two months of his life.

Her case is one of a number that has experts questioning the utility of testing people over and over again after they’ve recovered. Experts have also raised doubts about the value of a growing mountain of studies that show some people test positive for weeks after infection. There’s concern that such tests are being misinterpreted to suggest people are infectious when they probably are not and are keeping them from returning to work — or, in this particular case, being reunited with their loved ones, for no good reason.

“It’s a red herring,” said Michael Osterholm, director of the University of Minnesota’s Center for Infectious Diseases Research and Policy, said of post-recovery testing using rt-PCR, or reverse transcription-polymerase chain reaction. “Because what it leads us to believe is something that very likely is not true, and that is that we’re still shedding infectious virus.”

Multiple studies have now shown that some people who have recovered from the illness will nonetheless test positive for long periods by PCR, which looks for fragments of the virus’ RNA in mucus swabbed from deep in nasal passages.

Doctors in South Korea raised global alarms when they reported on cases they called “re-positives” — people who had tested negative twice were considered cured, and then tested positive again later. The reports led to questions about whether people could be re-infected shortly after infection.

But PCR cannot determine whether the person being tested is an emitting whole virus capable of infecting someone else, or if the swabs instead are collecting the viral debris that can be shed after an infection.

Increasingly, the conclusion is the latter. Both the World Health Organization (WHO) and the Centers for Disease Control (CDC) and Prevention estimate that people can be considered recovered and non-infectious 10 days after their symptoms began, as long as they have been symptom-free for three days. That means if symptoms went away on day 6, the individual could be considered cured after day 10. If symptoms persist, though, for 12 days, they would need to tack another three days onto their period of isolation.

“Someone that is PCR-positive, especially after they have recovered, especially if they’re weeks and weeks into their recovery, it’s not likely that they are still infectious,” said Maria van Kerkhove, the WHO’s leading coronavirus expert.

The CDC’s guidance says health authorities can use either the 10 days (plus 3) guideline or two consecutive negative PCR tests.

No one feared the unidentified Montreal woman, who had a very mild case of the disease, was still infectious in the weeks after she’d given birth. But until very recently, Quebec — like several other places — required two negative back-to-back tests to consider a person no longer a transmission risk. Based on the policy, the hospital was refusing to let health workers return to work if they had recovered from Covid-19 but who continued to test positive by PCR. How could they let the mother visit?

“We discussed her over and over and over again,” said Caroline Quach, head of infection prevention and control at Sainte-Justine Hospital. “Had that baby not been in the ICU, I think it would have been different.”

The heartbreaking story isn’t unique. A multitude of studies reporting long-term shedding of viral RNA by some people who have been infected with the virus have confused, leading some hospitals to sideline recovered health care workers who are needed back on the frontlines.

Quach understands well the limitations of PCR testing in these circumstances but felt her hands were tied.

“Honestly, I tried [last] Monday to bring back a physician who had been asymptomatic for two weeks. She was at her 25th day of positive PCR,” Quach said. “And as much as everybody scientifically at the hospital said, ‘Yes, bring her back’ there were issues because we were going against a recommendation from the province, which then would open a can of worms for other people to say … ‘Are you putting me at risk?’ The problem is people are scared of this virus. And I understand why,” she said.

John Brooks, chief medical officer for the Covid-19 response at the Centers for Disease Control and Prevention, swore softly when told of the story of the Montreal woman. He’s heard several such tales. A student isolated in a dormitory room for 67 days because his PCR test results kept coming back positive. A chaplain who self-isolated for 57 days, thinking she needed to protect her family and her congregants.

“Even though I kept telling the [local] health department ‘Listen, I think she’s good to go’ she was terrified — terrified — she’d infect somebody,” Brooks said.

The only way to know if a person is still infectious — shedding or emitting what’s known as “replication-competent virus” — is to try to grow a virus from a specimen from that person. That process, called culturing, is time-consuming and in the case of SARS-CoV-2, not so easy to do. The virus can only be worked on in laboratories that have a high level of biosecurity — BSL 3. Not every hospital would have that capacity.

Quach initially didn’t have a way to try to culture virus from a specimen taken from the young mother. When she did, the long-awaited word came back: The woman wasn’t emitting an infectious virus. The mother was able to be with her baby, to the relief of the hospital’s entire neonatal team.

To date, frustratingly few studies have been published that chart how long people who contract Covid-19 are infectious. There’s a need for more of that research, Van Kerkhove said.

“And are these small pieces of the total Covid-19 infectious leading to new Covid-19 Infections?” Dr. Robert Gorter asks as nobody knows and nobody ever looked at it…

Osterholm went further, saying medical journals should stop publishing papers that purport to estimate the period during which people may be infectious if the scientists haven’t tried to culture viruses from the patients. “Don’t accept papers that make statements about the infectiousness of an individual based on PCR data only,” he said flatly.

Though there isn’t much evidence, what exists is consistent. In early March, German researchers posted a study on a preprint server that showed that after day 8, they were unable to find the viable virus in nasal specimens taken from nine people who had mild infections. The study was published in Nature a month later.

In late May, Canadian scientists reported similar findings based on a study of 90 stored respiratory specimens from Covid-19 patients. Brooks said scientists at the CDC also have data — not yet published — that shows that shedding of the replication-competent virus appears to stop about day 8 or 9 after symptom onset in mild cases.

The picture is probably different for people who develop severe illness, said Van Kerkhove, who noted the WHO has seen additional unpublished data, from a highly reputable laboratory, that showed people hospitalized with serious Covid-19 may emit infectious virus for up to three weeks.

It is not known why some people seem to be shedding viral fragments for protracted periods after recovery, but it’s not completely unknown either. Brooks noted some men who contracted the Zika virus shed viral debris in their semen for several months after becoming infected.

“What you’re detecting is not related to ongoing infection, but rather recovery,” John Books said.

As for the South Korean “re-positives,” scientists there followed nearly 800 contacts of 285 people who tested positive again after two negative tests. None of the contacts developed the infection, they reported.

Brooks said getting away from repeatedly testing recovered patients using PCR tests will be needed as lockdowns lift and efforts to revive the economy expand.

“If we want to get America back to work … you have to get people who’ve been infected back [to work]. But if we’re going to use this test to figure out who’s safe to go back, a lot of people are going to be held out of work when they don’t need to,” said Brooks. “There comes a point where it could give you information that is alarming rather than helpful.” 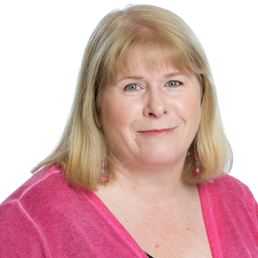 Helen Branswell is STAT’s infectious diseases and global health reporter. She came to STAT in 2015 with 15 years of experience covering health, with a focus on infectious diseases. Helen was introduced to epidemic reporting during Toronto’s SARS outbreak in 2003; in the years since she has written about bird flu, the H1N1 flu pandemic, Ebola, Zika, and now leads STAT’s coverage of the coronavirus pandemic. She spent the summer of 2004 embedded at the U.S. Centers for Disease Control and Prevention as a CDC Knight Fellow. In 2010-11 she was a Nieman Global Health Fellow at Harvard, where she focused on polio eradication. 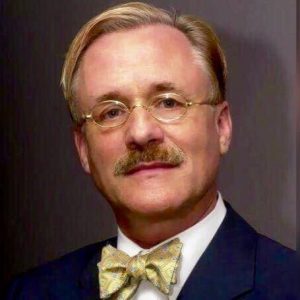 Robert Gorter is a virologist and immunologist and emeritus professor University of California San Francisco Medical School (UCSF). His broad experience goes back in the early 1980s in HIV/AIDS research and patient care (Ward 86). Today is expertise is especially retroviral infections and the use of retroviruses in vaccines.