More people die from overdosing on pharmaceutical drugs than illegal drugs, states the Centers for Disease Control and Prevention (CDC) on their website, citing an average of 23,000 deaths directly relating to prescription pharmaceutical drugs per year. This does not include all patients dying in hospitals by chemotherapy and radiation and medical errors. 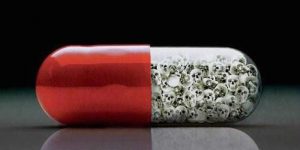 Teenagers in particular are at greater risk of overdosing on prescription drugs than they are on illicit street drugs. It’s a disproportionate effect that has a worrying trend, where anxiety related issues in teenagers are the propelling reason for the drug abuse (1).
Drugs such as OxyContin are now more likely to kill people than Heroin. Tricyclic Antidepressants are also more likely to kill, due to the ignorance in the community of the dangers of these pharmaceutical prescriptions pushed on them by Big Pharma.

Prescription Opioid Epidemic
The United States (significantly more than in any other industrialized country like the European Union) is in the midst of an opioid overdose epidemic and the prescribing doctors are responsible for this.
Opioids (including prescription opioid pain relievers and heroin, provided in detox programs) killed more than 28,000 people in 2014, more than any year on record. At least half of all opioid overdose deaths involve a prescription opioid. 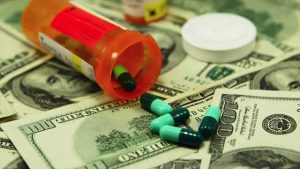 White Collar Drug Dealers
The 2014 study The Legal High: Factors Affecting Young Consumers’ Risk Perceptions and Abuse of Prescription Drugs considered aggressive advertising by drug companies and drug pushing by doctors to be a large part of the problem. Big Pharma mass markets their availability to parents and children with the message that safety and benefits outweighing the risks.(2)

“Male teens with a high need to be popular and teens in general appear to be at exceptional risk. Campaigns must target parents as well, since they clearly underestimate both the physical risks of prescription drugs and the likelihood that their children will abuse these drugs,” concluded the authors of the study conducted into the use of prescription drugs to combat anxiety related issues.(3)

Analysis:
Legal drugs such as OxyContin now kill more people than heroin and cocaine combined. While awareness of the dangers of illegal drugs has increased, many teens are still ignorant of the significant physical danger posed by legally prescribed drugs, according to a new study in Journal of Public Policy & Marketing. 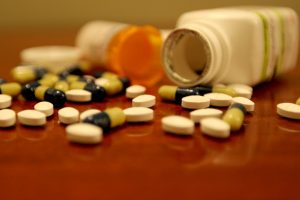 “The CDC has classified the situation as an epidemic,” write authors Richard Netemeyer (University of Virginia), Scot Burton (University of Arkansas), Barbara Delaney (Partnership for Drug Free Kids), and Gina Hijjawi (American Institutes for Research). “Prescription drugs are seen as blessed by a trusted institution, the FDA, while increasingly aggressive advertising by drug companies simultaneously floods parents and children with messages that these substances are safe, popular, and even beneficial.”

The current study recruited teens in shopping malls across the United States, asking them to complete a web-based questionnaire on their use of substances including alcohol, tobacco, and both legal and illegal drugs. They were also asked whether they struggled with anxiety, felt a desire to be popular, sought out exciting activities, and what level of risk they associated with prescription drugs.

On the whole, prescription drug use increased in direct proportion to psychological states such as anxiety, and use of other restricted substances such as alcohol. Under some conditions, however, prescription drug abuse accelerated exponentially, such as when the level of anxiety or desire to be popular was at its very highest.

“Teens need help before they reach these tipping points for prescription drug abuse. Adults spotting teens with very high levels of anxiety and at least moderate use of other restricted substances should realize that these are students with a high likelihood of prescription drug abuse. Male teens with a high need to be popular and teens in general appear to be at exceptional risk. Campaigns must target parents as well, since they clearly underestimate both the physical risks of prescription drugs and the likelihood that their children will abuse these drugs,” conclude the authors.

Deadly Overdosing and Medical Errors in USA Hospitals
It’s a chilling reality – one often overlooked in annual mortality statistics: Preventable medical errors persist as the No. 3 killer in the U.S. – third only to heart disease and cancer – claiming the lives of at least 400,000 people each year. At a US Senate hearing Thursday, patient safety officials put their best ideas forward on how to solve the crisis, with IT often at the center of discussions.

Hearing members, who spoke before the Subcommittee on Primary Health and Aging, not only underscored the devastating loss of human life – more than 1,000 people each day – but also called attention to the fact that these medical errors cost the nation a colossal $1 trillion each year.

“The tragedy that we’re talking about here (is) deaths taking place that should not be taking place,” said subcommittee Chair Sen. Bernie Sanders, I-Vt., in his opening remarks.

Among those speaking was Ashish Jha, MD, professor of health policy and management at Harvard School of Public Health, who referenced the Institute of Medicine’s 1999 report “To Err is Human,” which estimated some 100,000 Americans die each year from preventable adverse events.

“When they first came out with that number, it was so staggeringly large, that most people were wondering, ‘could that possibly be right?'” said Jha.

Some 15 years later, the evidence is glaring. “The IOM probably got it wrong,” he said. “It was clearly an underestimate of the toll of human suffering that goes on from preventable medical errors.”

It’s not just the 1,000 deaths per day that should be huge cause for alarm, noted Joanne Disch, RN, clinical professor at the University of Minnesota, School of Nursing, who also spoke before Congress. There are also the 10,000 serious complications cases resulting from medical errors that occur each day.

Disch cited the case of a Minnesota patient who underwent a bilateral mastectomy for cancer, only to find out post-surgery a mix-up with the biopsy reports had occurred, and she had not actually had cancer.