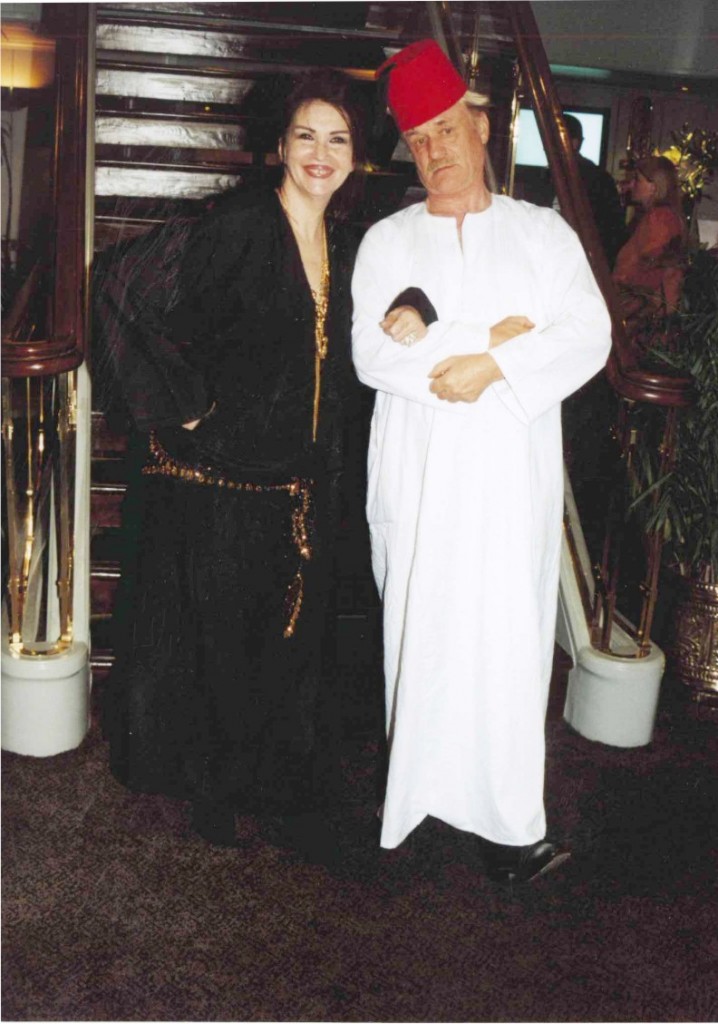 Robert Gorter with Malak Akef on a boat on the Nile in Egypt in happier days (2008). Malak Akef is a High Society Egyptian lady who was married to a prince of Morocco but lived with her husband in Cairo. Her son-in-law Ahmed Magraby was minister of housing and environment under the Mubarak regime. After Mubarak fell, all of them ended up in jail with hefty sentences. Also Malak Akef…. We know that Robert Gorter had some bad experiences with Malak Akef as she betrayed him where she could. It is amazing that people who have loads of money always want more and would sell their souls to obtain that extra money. Greed is a terrible disease of the soul. 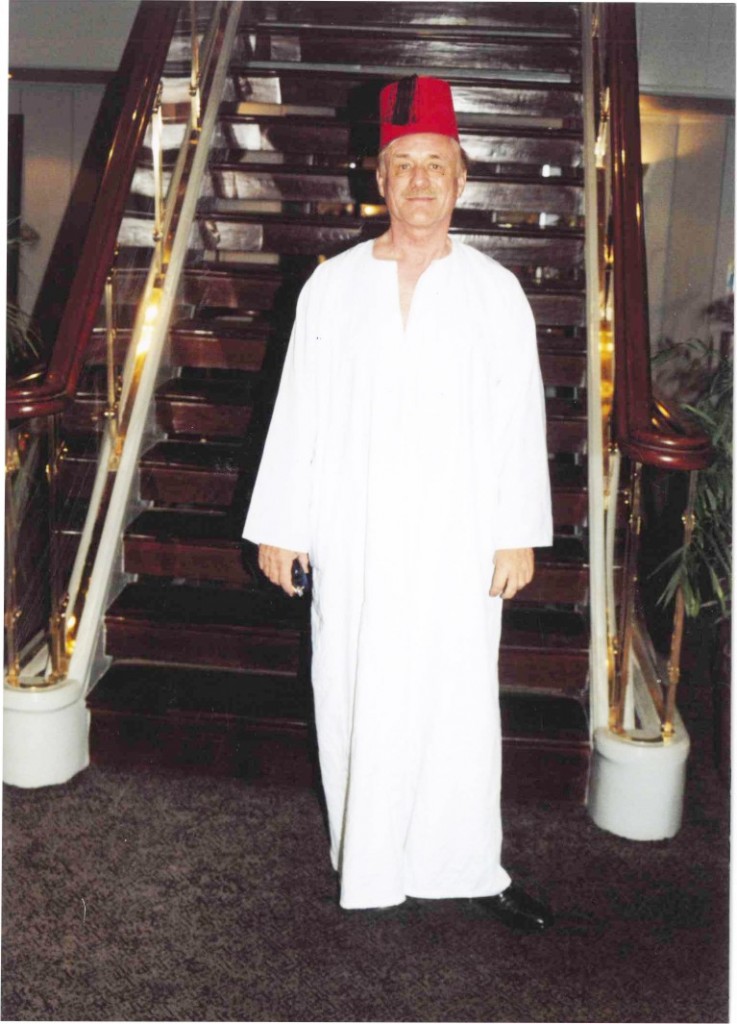 Robert Gorter stepped briefly out of the movie “Lawrence of Arabia” to meet friends on this boat on the River Nile (2008).