Robert Gorter started his research institute in these red brick buildings at Moabit Hospital. He was added to the chair of Professor Bühring as a Visiting Professor and organized a “Ringvorlesung” (regular lectures in a series of 24 sessions on Anthroposophical Medicine per semester at this university).

Robert Gorter started with a team of 4 members (a secretary / receptionist, a biostatistician, Matthias Stoss and himself as Director) in 1993. After 6 years, there were 24 team members as under the Direction of Robert Gorter, many clinical trials were conducted, articles published and several research fellows received their academic title (PhD) through collaboration and guidance by Robert Gorter.

Robert Gorter had requested that he would not sit in the Board (Vorstand) of the Non-Profit Organization (Verein) that carried the Institute to avoid conflict of interest. That made him a victim of his own decision later on when he discovered that some Swiss and German members of the Board had provided Robert Gorter, MD, PhD, and Maria Linder, PhD, Chair of the Department of Chemistry and Biochemistry at the California State University of Fullerton, on purpose, incorrect information for which Robert Gorter and Maria Linder signed off . Robert Gorter and Maria Linder, as researchers of good standing, were not willing to cover this up and a conflict grew with members of the Board of the Foundation that played an important role in the cover-up.

Robert Gorter was then fired by the Board immediately (against German Labor Law) and was not even allowed to take his personal things out of his office. 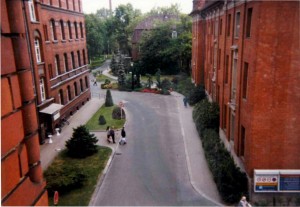 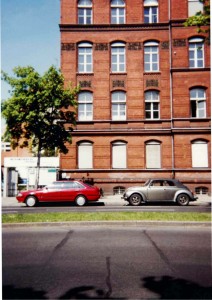 This is a view from the Turmstraße of one of the buildings at the campus of the teaching hospital Moabit were Robert Gorter started his Research Institute. They occupied the entire third floor but after 3 years they had to move to a larger building at the Hardenbergstrasse near to the Bahnhof Zoo and the Gedächtnis Kirche. 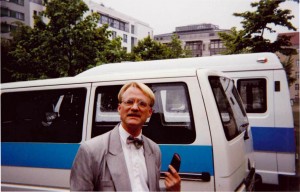 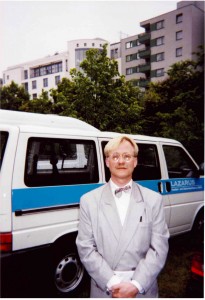 Robert Gorter lived during 18 months in two rooms and a simple kitchen in the home for retired nurses of Moabit Hospital and which was owned by the Evangelische Kirche (Lutheran Church). The ambulance services were again owned by a non-profit organization called “Lazarus”.