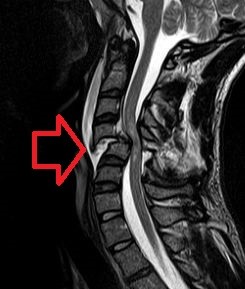 A stem cell treatment for spinal cord injuries will soon be available in Japan and other parts of the world.

What is a spinal cord lesion?

A spinal cord injury (SCI) is damage to the spinal cord that causes temporary or permanent changes (damages) in its function. Symptoms may include loss of muscle function (paresis, paralysis), sensation, or autonomic function in the parts of the body served by the spinal cord below the level of the injury. Injury can occur at any level of the spinal cord and can be complete, with a total loss of sensation and muscle function at lower lumbar or sacral segments, or incomplete, meaning some nervous signals are able to travel past the injured area of the cord up to the Sacral S4-5 spinal cord segments. Depending on the location and severity of damage, the symptoms vary, from numbness to paralysis, including bowel or bladder incontinence. Long term outcomes also range widely, from full recovery to permanent tetraplegia (also called quadriplegia) or paraplegia. Complications can include muscle atrophy, loss of voluntary motor control, spasticity, pressure sores, infections, and breathing problems.

In the majority of cases the damage results from physical trauma such as car accidents, gunshot wounds, falls, or sports injuries, but it can also result from non-traumatic causes such as infection, insufficient blood flow, and tumors. Just over half of injuries affect the cervical spine, while 15% occur in each of the thoracic spine, border between the thoracic and lumbar spine, and lumbar spine alone. Diagnosis is typically based on symptoms and medical imaging.

Efforts to prevent SCI include individual measures such as using safety equipment, societal measures such as safety regulations in sports and traffic, and improvements to equipment. Treatment starts with restricting further motion of the spine and maintaining adequate blood pressure. Corticosteroids have not been found to be useful. Other interventions vary depending on the location and extent of the injury, from bed rest to surgery. In many cases, spinal cord injuries require long-term physical and occupational therapy, especially if it interferes with activities of daily living.

In the United States, about 12,000 people a year survive a spinal cord injury. The most commonly affected group are young adult males. SCI has seen great improvements in its care since the middle of the 20th century. Research into potential treatments includes stem cell implantation, engineered materials for tissue support, epidural spinal stimulation, and wearable robotic exoskeletons.

Recently, Japan has approved a stem-cell treatment for spinal-cord injuries. The event marks the first such therapy for this kind of injury to receive government approval for providing to patients.

“This is an unprecedented revolution of science and medicine, which will open a new era of healthcare,” says oncologist Masanori Fukushima, head of the Translational Research Informatics Center, a Japanese government organization in Kobe that has been giving advice and support to the project for more than a decade.

One of the inventors of the treatment, neurosurgeon Osamu Honmou of Sapporo Medical University in Japan, says he is preparing to publish more scientific papers that will discuss the clinical-trial, efficacy and safety issues. “I think it is very safe.” He says he did not do a double-blinded study because Japan’s regulations do not require it. “The most important point is that the efficacy is dramatic and definitive,” says Fukushima.

The unpublished results describe an observational (phase-2) trial of 13 people, who had experienced significant spinal-cord injuries in the past 40 days. The team found that intravenous infusions of stem cells extracted from the patients’ own bone marrow or skin helped them to regain lost sensation and movement.

On the basis of these results, Japan’s health ministry last month gave conditional approval for the treatment, called Stemirac. It is made by extracting mesenchymal stem cells from a person and multiplying them in the lab. In the clinical trial, about 50 million to 200 million MSCs were intravenously infused back into patients 40 days after their injury to help repair the damage. The team can market and sell the therapy as long as they collect data from the participants over the next seven years, to show that it works. People could start paying for the treatment in the next few months.

Whereas many governments require new treatments to undergo rigorous clinical trials with hundreds of patients before the therapies can be sold, Japan has a program to fast track the development of regenerative medicines, which approves therapies that show only hints of efficacy, on the condition that the researchers collect follow-up data.

Honmou says that after 6 months, 12 of the 13 patients improved by at least one level on the American Spinal Injury Association impairment scale, an internationally recognized system that ranks people’s ability to contract muscles and sense touch on parts of the body.

The team thinks the stem cells might repair damage to the spinal cord through any of several mechanisms, including reducing inflammation and protecting existing neurons. They also say that some of the infused stem cells develop into neurons that can replace those damaged in the injury. Honmou says that he and others have demonstrated these mechanisms in animal studies(1).

Jeffery Kocsis, a neurologist at Yale University in New Haven, Connecticut, who has been collaborating with Honmou and others on the team for more than 20 years, calls the results “potentially interesting”. “While use of these cells has clear benefits,” he says, “continued work will be necessary to fully substantiate efficacy.”

Some of the independent scientists also expressed concerns about the lack of double-blinding. This is the gold standard for assessing a treatment’s efficacy, because neither the physicians nor patients know who is receiving the experimental treatment. As a result, it reduces bias that could prevent scientists from discovering whether a treatment works, says Guest. Double-blinded studies can be difficult to achieve. In this case, Guest says, it would have been easy.

Robert Gorter at the University of California San Francisco (UCSF) says: “how can I blind a study like his one? Best option would be a study with “Matched Pairs”: here, for each patient receiving stem cells a similar patient is found who is treated conservatively. This is the next best solution if double-blinding is impossible. How can I conduct a fake bone marrow aspiration in a patient who is in the placebo group? This would be completely unethical.

Fukushima says that the consistent improvement and high rate of success in their trial patients — even among those who were judged to have no hope of recovery — is “unprecedented”. This could not have been achieved by natural healing with rehabilitation, he says.

But once the treatment is sold to patients, it will be even harder for the team to gather evidence that it is effective, says Arnold Kriegstein, a stem-cell researcher at the University of California, San Francisco (UCSF). Paying for treatments can increase the likelihood that the patient will experience a placebo effect, and makes it impossible to perform a blinded trial, because people cannot be charged for a placebo procedure.

Kriegstein worries that the product could remain on the market without ever providing evidence that it works. “I do not think it is morally justified to charge patients for an unproven therapy that has risks,” he says.

Robert Gorter replies: It is clear that Kriegstein is not aware of the characteristics of many white cells like dendritic cells, NK cells and stem cells. They migrate through organs and tissues 24 hours a day. Local inflammation (local fever) but even more after fever-range, total-body hyperthermia will stimulate movement of all these cells, including homing.

Extravasation of lymphocytes and dendritic cells and (mesenchymal) stem cells.

Lymphocyte homing occurs in four steps leading to extravasation into target tissue; Rolling, activation, activation-dependent “arrest”, and diapedesis. Mediated by lymphocyte receptors and vascular ligand interactions, “tethering” is a reversible linkage that leads to either rolling along the vessel wall or transient immediate arrest. L-selectin is able to mediate vessel adhesion whereas α4 integrins, α4β1 or α4β7, can perform primary or secondary adhesion through a stronger tethering and even contribute to trans-endothelial migration of lymphocytes. L-selectin, for example, is also able to be cleaved by an enzyme, ensuring proper binding of lymphocytes and allowing release of non-target cells. While attached to the vessel, lymphocytes test target tissue for chemokines and pro-adhesive factors that then prompt “arrest.” In addition to α4 integrins, LFA-1 and Mac-1 mediate the prevention of lymphocyte trans-endothelial migration into target tissues. While initial adhesion indicates the start of lymphocyte homing, there is regulation of each step of extravasation.

Robert Gorter says that stem cells and dendritic cells act similar like lymphocytes and our team could show through in vivo microscopy (usually to the mucosa of gingivae and rectum) homing of all above mentioned cells. Especially three hours after the subcutaneous application of mistletoe glycoproteins and / or a short period of increased core body temperature of ca. 1,5 degrees Celsius.

In addition, Dr. Gorter has significant clinical experience in the use of medical Cannabis in opiate / heroin addiction since 1971 and he uses CBD as an excellent COX-2 inhibitor which added to his success in chronic degenerative diseases and cancer of all sorts. 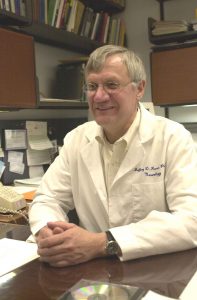 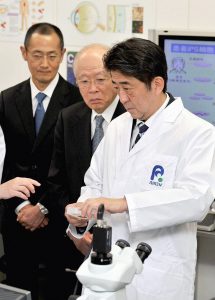 Currently, he is leading a team that is conducting a phase III, double-blinded, placebo-controlled, randomized clinical trial in patients with stroke that started in 2013. He also launched a clinical trial of intravenous administration of autologous mesenchymal stem cells in patients with spinal cord injury at Sapporo Medical University in 2013. His professional specialties are central nervous system diseases and his main research objectives are to pursue a better understanding of these diseases at a fundamental level and to develop regenerative therapies with innovative approaches. 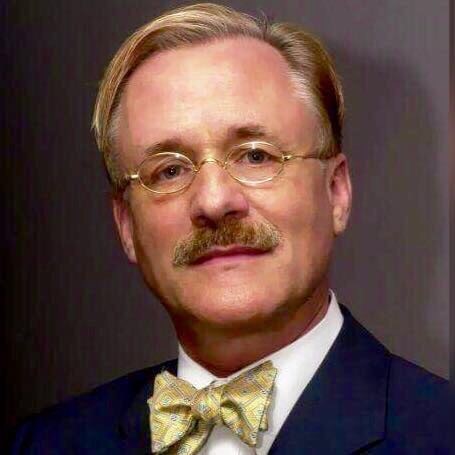 Serving simultaneously 6 major universities in 3 continents since 1975 and still going strong in the fields of tissue repair with autologous mesenchymal stem cells and non-toxic cancer therapies with monocyte-derived dendritic cells and hyperthermia.