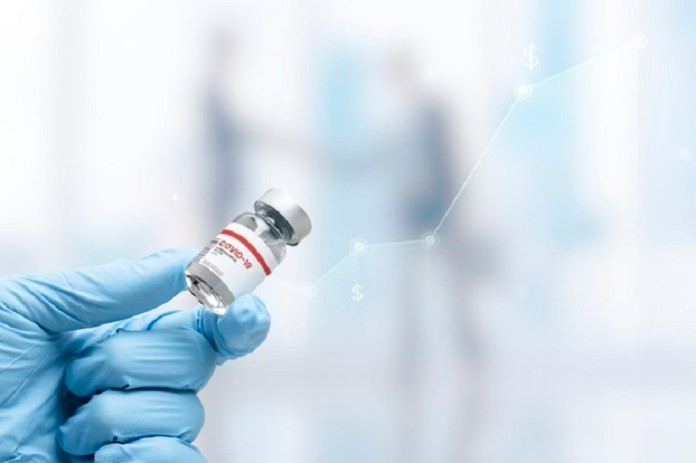 (Created by rawpixel.com via Freepik)

A Greek nurse is now paralyzed after receiving a second dose of an injection containing mRNA. The 40-year-old nurse is a mother of two and has worked as a nurse for 17 years.

The nurse, whose name was not disclosed, developed a fever followed by excruciating pain all over her body immediately after the second injection. She was rushed to hospital when she could no longer move or feel her lower limbs and started to have breathing difficulties (dyspnoe).

Dr. Michalis Giannakos, director of the Panhellenic Federation of Public Hospital Workers (POEDIN), told Open TV in the East Attica region that the X-rays showed nothing. The nurse is now undergoing neurological examinations and intensive care.

Giannakos said the nurse was “in perfect health” before receiving the second mRNA shot. The nurse is believed to have developed Guillain-Barré Syndrome and other autoimmune reactions.

This neurological disease causes the immune system to attack the nerves in the body through overstimulation. Giannakos said the nurse needs intensive care and will be wheelchair bound.

He defended mRNA injections to some extent. But his human side showed genuine passion for his injured colleague.

We do not say anything bad about the vaccine in general, on the contrary, but the colleague is in a wheelchair and cannot get up and has been terrorized. I am fully aware of what I am saying. Doctors there also say it’s a side effect of the vaccine, he said.

It’s unclear whether she got the Pfizer or Moderna shots. But to date Greece has received almost 800,000 Pfizer doses and 135,000 Moderna doses.

Criminal charges for reporting the truth?

The Attica Public Prosecutor’s Office is considering criminal charges against Giannakos. Greek media Ethnos reports that a prosecutor is investigating whether Giannakos has been guilty of “spreading fake news”.

His felony is to express an mRNA injection an unwanted side effect with “too much certainty.”

Autoimmune reactions with permanent damage appear to occur more with mRNA injections than with conventional vaccinations (but also occur there). Since 1975, more and more substances have been added to inoculum fluids to activate the immune system to elicit an immune response – and thereby immunity. These 23 known possible additives also include mercury, aluminum, formaldehyde (highly carcinogenic) and retroviruses (such as the HIV virus that causes AIDS and the closely related SIV).

These autoimmune responses are triggered by a “cytokine storm.”

What is a Cytokine Storm?

A cytokine storm, also called hypercytokinemia, is a physiological reaction in humans and some animals in which the innate immune system causes an uncontrolled and excessive release of pro-inflammatory signaling molecules called cytokines. Normally, cytokines are part of the body’s immune response to infection, but their sudden release in large quantities at the same time can cause multisystem organ failure and death.(1) Cytokine storms can be caused by a number of infectious and non-infectious etiologies, especially viral respiratory infections such as H5N1 influenza, SARS-CoV-1,(2)(3) and SARS-CoV-2 (COVID-19 agent). Other causative agents include the Epstein-Barr virus, cytomegalovirus, and group A streptococcus, and non-infectious conditions such as graft-versus-host disease.(4) The viruses can invade lung epithelial cells and alveolar macrophages to produce viral nucleic acid, which stimulates the infected cells to release cytokines and chemokines, activating macrophages, dendritic cells, and others.(5)

“A severe immune reaction in which the body releases too many cytokines into the blood too quickly and at the same time. Cytokines play an important role in normal immune responses, but having a large amount of them released in the body all at once can be harmful. A cytokine storm can occur as a result of an infection, autoimmune condition, or any other disease. It may also occur after treatment with some types of immunotherapy and vaccinations. Signs and symptoms include high fever, inflammation (redness and swelling), generalized pain, paralysis and severe fatigue and nausea. Sometimes, a cytokine storm may be severe or life threatening and lead to multiple organ failure.”

Dr. Gorter: it is striking that especially right after the second injection containing mRNA, multiple fatal cytokine storms have been reported.  mRNA containing vaccines have never been given on a large scale to humans before. In large mammals (cows, pigs, sheep), mRNA injections gave similar side effects; including cytokine storms and autoimmune disease.