Goddess Kali, Cycle of Death and Rebirth, Destruction of Form, Overcoming of Demons and one’s Double, Tantra and Libido

In this contribution, Dr. Robert Gorter attempts to share the knowledge of Kali Yuga and what Rudolf Steiner has written and lectured about.

The Old Norse compound Ragnarok or “Twilights of the Gods” (Sanskrit: “Kali Yuga”) has a long history of interpretation there is now a consensus that the word Ragnarök means “The final destiny of the Gods.” 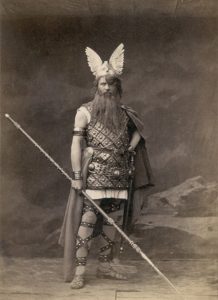 19th century portrait of Wotan in the Ring, the most famous opera by Richard Wagner

The Northern European mythology is melancholic in its mood and predicts the necessity (karma) for the Gods to leave the earth and leave mankind alone. The consequences would be deceit, killing of brothers (Abel and Cain motive), en-slavery by gold and despotism, etc. The concept of Kali Yuga from the ancient Indian tradition is the same process as the Twilights of the Gods in Northern European mythology: the Gods are no longer perceivable by man.

When Ragnarök (Kali Yuga) arrived, Fenrir (Ahriman) broke free from his fetter, and joined the other giants and monsters in a war against the Gods. Fenrir fought against Wotan, until the wolf killed and devoured Wotan. Vidar avenged his father’s death, by ripping Fenrir’s jaw apart with his bare hands.

During the process of obtaining (achieving) freedom, man must learn practice self-control and be ready to go through trial and error, by giving up instant gratification and through postponement and at times, sacrifice. 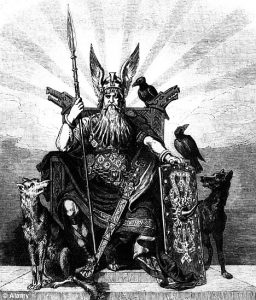