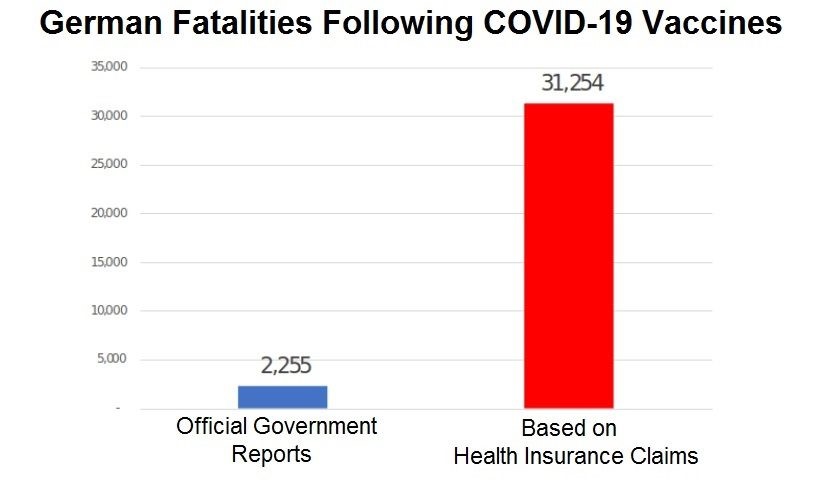 The entire COVID-19 vaccine narrative continues to come apart at the seams as yet another media report was published today in Germany stating that one of the largest German health insurance companies analyzed data from 10.9 million insured individuals regarding injuries and fatalities following COVID-19 vaccines during the first half of 2021 and into the 3rd quarter which showed significantly higher numbers than what the German government has reported.

This follows news reports out of the U.S. this past weekend where it was revealed that the CDC, FDA, and NIH contained data about significant COVID-19 vaccine injuries and deaths that were not being reported to the public. See:

68,000% Increase in Strokes as FDA and NIH Secretly Study Reports of Neurological Injuries After COVID-19 Vaccines

„According to our calculations, we consider 400,000 visits to the doctor by our policyholders because of vaccination complications to be realistic to this day.

Extrapolated to the total population, this value would be 3 million.

The numbers that resulted from our analysis are very far away from the publicly announced numbers. It would be unethical not to talk about it.“

While the original article at Welt is in German and apparently behind a paywall, it was reported on a German blog here, and then translated to English with commentary on a Substack column called “bad attitude.”

Disclose. tv also covered it on their Twitter account, where they translated a letter sent by Andreas Schöfbeck, the German health insurance BKK board member, to the Paul-Ehrlich Institute, an agency of the German Federal Ministry of Health in Berlin: 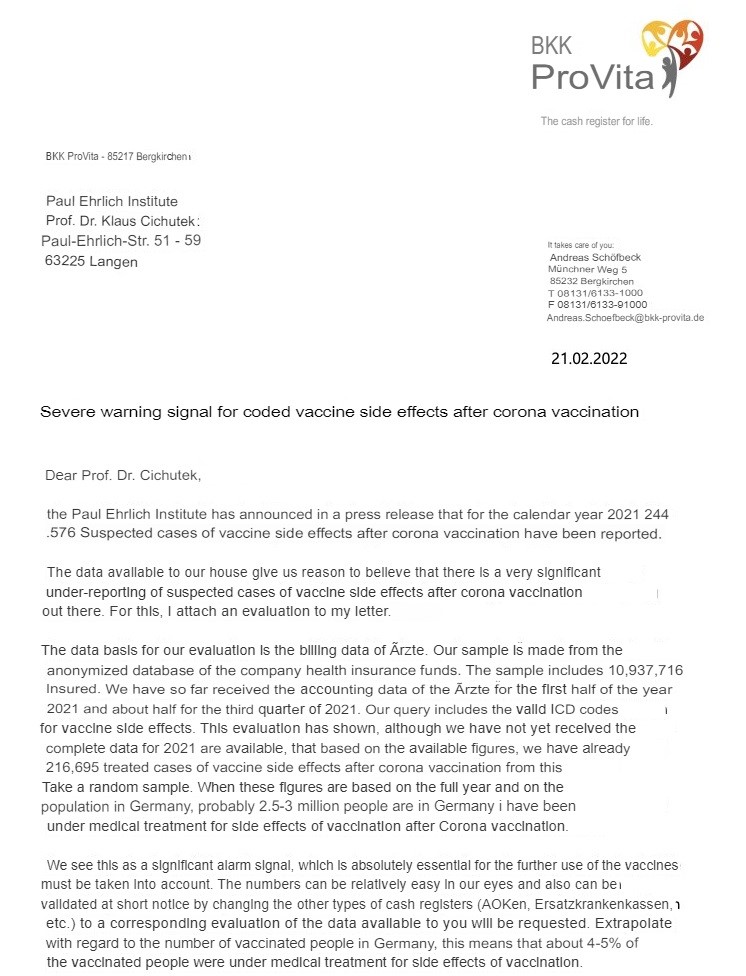 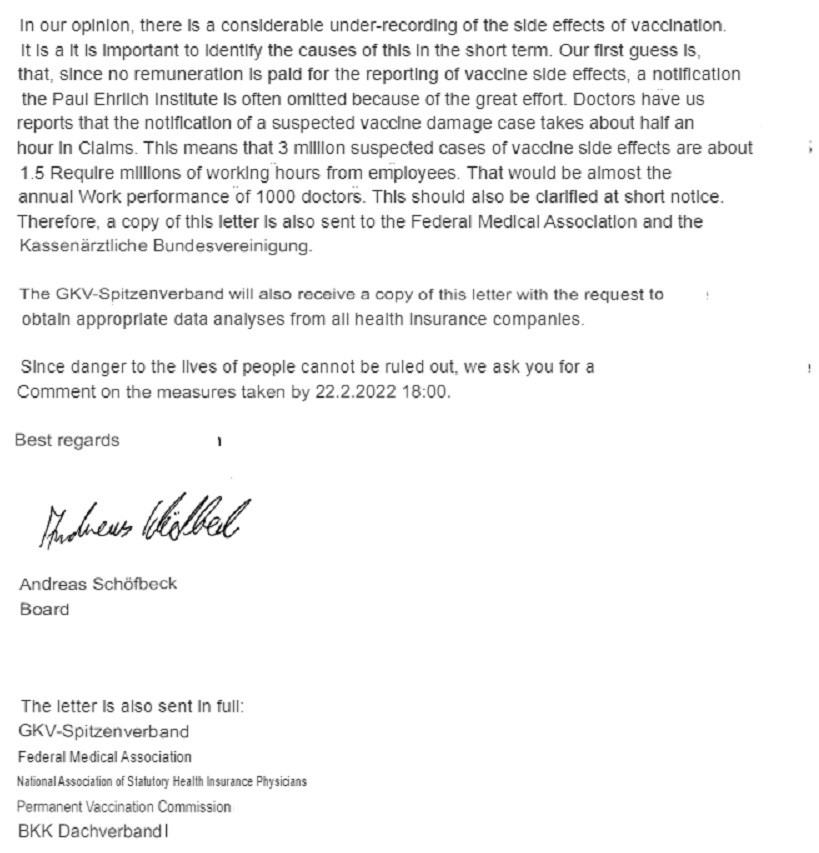