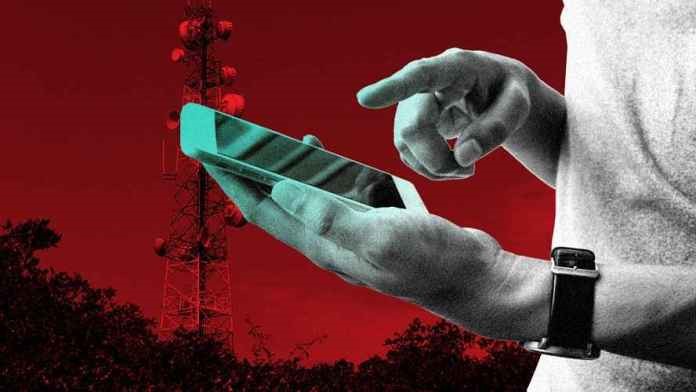 Telecommunication megacorporations are poised to launch their “upgraded” 5G networks in the United States this January. This is despite the fact that there is ample evidence that such a rollout would lead to catastrophes and deaths, especially among Americans fully vaccinated against the coronavirus, Arsenio Toledo writes.

Already 2 years ago, we pointed out that there is evidence that 5G towers emit a type of electromagnetic wave that directly affects people’s bodies. As proof, we gave a video released to the public by La Quinta Columna.

La Quinta Columna, a Spanish-language news outlet, is notable for being one of the first independent sources to report that the COVID-19 vaccines contain the toxic chemical graphene oxide.

The Spanish media outlet played a short clip on one of its recent live streams of a man parking his bike right next to a 5G mast for a few seconds and then suddenly collapses out of nowhere. Ricardo Delgado Martin, the founder of La Quinta Columna and host of the media outlet’s show, pointed out that the CCTV camera that captured the man’s sudden collapse had a glitch in the video footage less than a second before the incident took place.

Delgado speculates that this outage caused the man’s collapse and that it was caused by the 5G tower right next to him. dr. Jose Luis Sevillano, a guest from Delgado, pointed out that this is clear evidence that the 5G towers emit some kind of pulse that directly affects people’s health.

“This is the proof,” said Luis, in Spanish. “Because it’s no longer a matter of the man being knocked over by something internal to him, but there’s an external trigger captured on camera… That would explain why so many people are suddenly dropping dead here and there now.”

“It looks like a gunshot, but it’s an electromagnetic pulse at the speed of light,” Delgado said. “And it’s recorded by the camera as a malfunction, which is normal.”

Sean doesn’t believe the outage was a coincidence. “The interference in the video suggests that some type of electromagnetic pulse or energy weapon was used to kill that man.”

Delgado and Luis are concerned that people who are fully vaccinated against COVID-19 may be more susceptible to these electromagnetic pulse attacks because their bodies contain graphene oxide.

Dr. Gorter: and none of the drug companies, like Pfizer and Moderna, could ever explain why Graphene Oxide is in their ampules anyway……

In July 2021, Spanish researchers at the University of Almeria found that almost the entire Pfizer vaccine is nothing but graphene oxide. This magnetic compound, when injected into a person’s system, can cause deadly health complications, including liver, brain, heart, and kidney damage, fuel the formation of granulomas in the lungs, and even trigger pre-programmed cell death.

“If the person [in the video] has been vaccinated and already has graphene in the heart and if the person is also exercising, well, then it’s impossible to be clearer,” Delgado said, noting that the graphene most likely contributed to the death of the husband.

“That was a pulse multiplied by graphene,” Luis noted. He added that he has received more reports from patients about palpitations “because of the density” in the 5G waves. Many of those patients have also reported feeling a strange sensation in the environment when they step outside.

“Like they were in a spaceship,” said Luis. “Or that they went out to a planet that isn’t ours.” He said this feeling is due to the electromagnetic fields in the air caused by nearby 5G towers. This strange sensation when going outside is the least of their problems. Luis noted that if the electromagnetic fields ever pulse like in the video, it could cause disaster for people nearby.

“Whatever works [in the body] stops there… you lose consciousness,” said Luis. “Some people recover and say, ‘What the hell happened to me?’ But for some people, the process is so fast that they don’t recover. They end up in the cardiac arrest, and it’s over.”

Dr. Gorter: 4G and 5 G are pulsated waves in megahertz and gigahertz ranges. We have seen a huge increase in heart disease, specifically the sudden onset of arrhythmias and infarctions. And I received worrying information from two ingenious working for the European Space Society, warning me that 6G is being developed for improved surveillance.

Watch this episode of the SGT Report show as host Sean talks about the activation of 5G towers in the United States.