Financial difficukties due to the Covid-19 measures (like lockdowns, etc) affect not only restaurants and theatres but also funeral homes in the Netherlands and other Northern European countris. Huh? Surely, a dangerous pandemic should mean that the funeral homes are running at full speed and doing good business? Should not the loss of selling coffee and sandwiches at the lunch buffet be more than compensated by the increased number of funerals for COVID-19 deaths? The increased mortality during the second wave is not forthcoming and the lockdown measures are even putting funeral homes in trouble …

Official numbers of deaths per day in The Netherlands

“The State Temporary Emergency Bridging measure to maintain employment (NOW scheme) is for employers who are faced with a substantial financial loss as a result of the corona virus pandemic. The NOW provides for reimbursement of wage costs. Employers could apply for NOW 1.0 until June 1, 2020. 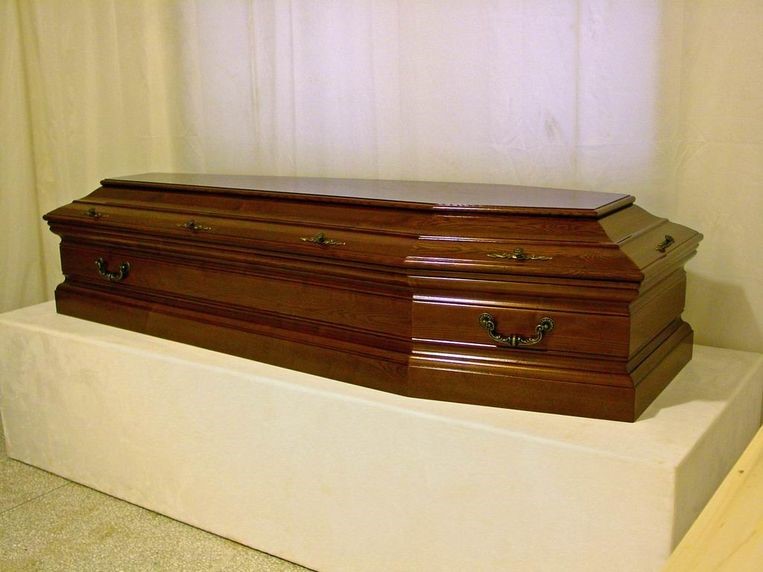 A total of 23 funeral related funeral companies were awarded their claim on the aid measure. The total amount paid to all applicants was € 295,179, which represents an average payment per company of € 12,834 per month.

A complete overview of all (funeral) companies that have received NOW 1.0 subsidy can be found on the site https://now-inzichtelijk.nl by searching for the keyword “funeral”.

The reason for invoking the aid measure is that fewer funerals were taking place and condolence meetings could be organized due to the limitations of the RIVM with regard to the maximum group size. Also, coffee tables could not be organized for a long time so that coffee ladies and gentlemen could not do their work as usual.

The temporary Emergency Measure Bridging Employment (NOW) is a subsidy that is paid from public (ie tax) money. The government wants to be as transparent as possible about the use of public money. The NOW scheme therefore states that employers who apply for NOW agree to the publication of certain information. ” (1)

Dr. Robert Gorter: I personally know three employees of two funeral companies (funerals and cremations) in the Netherlands, who assured me that the turnover has not decreased significantly because less coffee was being consumed or less sandwiches were eaten, but simply because there were fewer funerals because fewer and fewer people seem to have died.

To the best of my knowledge, there are at least two reasons for significant fewer funerals:

1) COVID-19 is no more fatal than most flu epidemics, and since early summer (“Second Wave”), no people under and hardly any people above age 83 have died of COVID-19. So, there is no more excess mortality and we see the same trend in Germany and many other European countries.

2) Many non-acute treatments have been postponed by doctors because of the pandemic (plandemic?). One of the great secrets (achievements) of modern medicine is that the third leading cause of death (also in the Netherlands) is iatrogenic. I.e; that hundreds of thousands of people die every year from preventable mistakes made by doctors. With a nice word it is called “iatrogenic” but behind this medical term hides a cause of death, which could have been prevented! Overdose, switching patients, nonchalance, stupidity in white coats (really not to be underestimated because I also wore a white coat myself for 55 years and could witness horrendous stupidities by my academic colleagues), etc.

What is the moral of the story? You can draw your own conclusions.

But; if COVID-19 were to cause such a fatal pandemic, wouldn’t the Dutch government in The Hague perhaps better put doctors in a lockdown instead of the entire population?