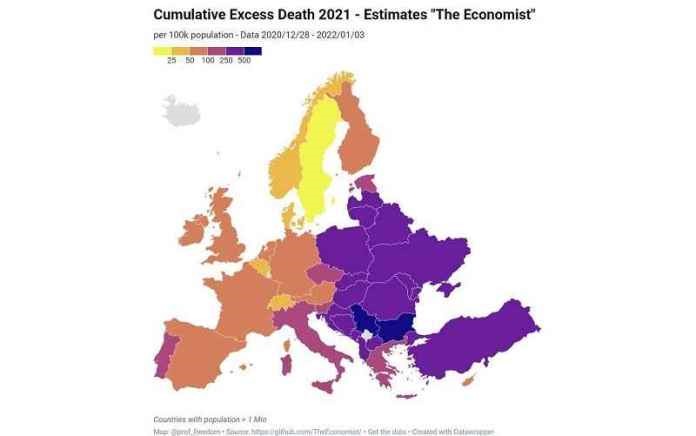 Since the last quarter of 2021, a disturbing trend has emerged – people are dying at an unprecedented rate, and it has little to do with Covid-19. In fact, the peak coincides almost perfectly with the rollout of the experimental mRNA Covid vaccine.

In the US, deaths have skyrocketed in all age groups, especially among young people between the ages of 25 and 44. This group has seen a record 84% increase, according to the latest data from the CDC, reports Julian Conradson.

Unsurprisingly, this disturbing trend does not just affect the United States.

Countries around the world, especially those classified in the West with the highest numbers of vaccinated, all suffer from excess mortality, most of them in staggering numbers and especially in the young.

It should be noted that Canadian Prime Minister Justin Trudeau “Two-Face” Trudeau mandated the vaccine for workers in August 2022, which coincides perfectly with the spike in the excessive number of deaths. 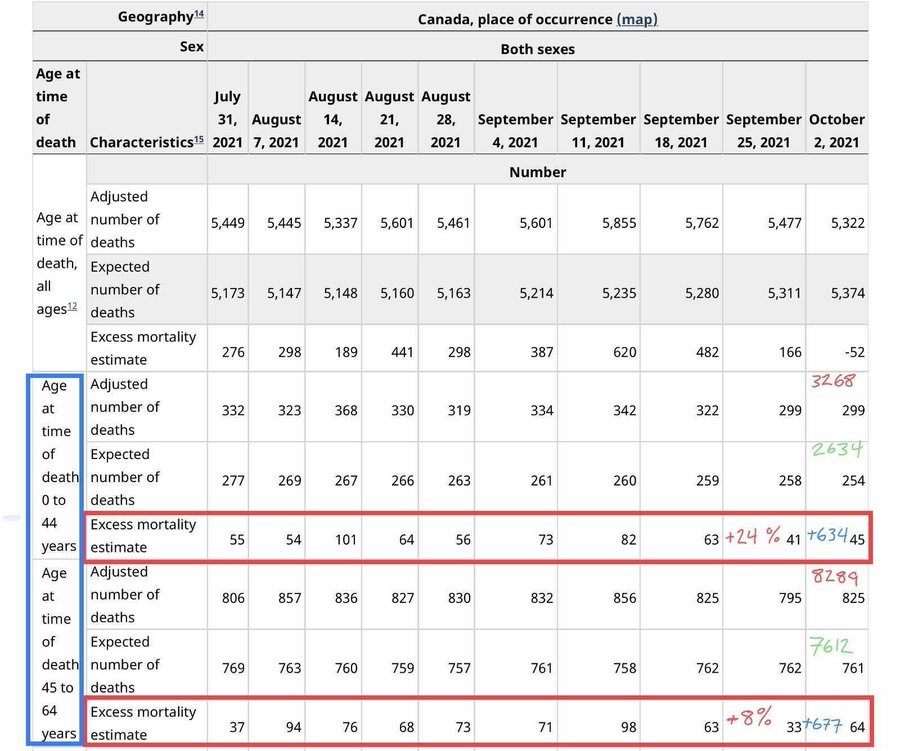 The same trend can be seen across Europe, with the vast majority of countries experiencing explosively rising death rates – minus a few notable exceptions.

As can be seen below, a small number of countries, such as Iceland and Sweden – which did not participate fully in the civilization-destroying lockdowns throughout the pandemic – are now significantly outperforming their European counterparts. 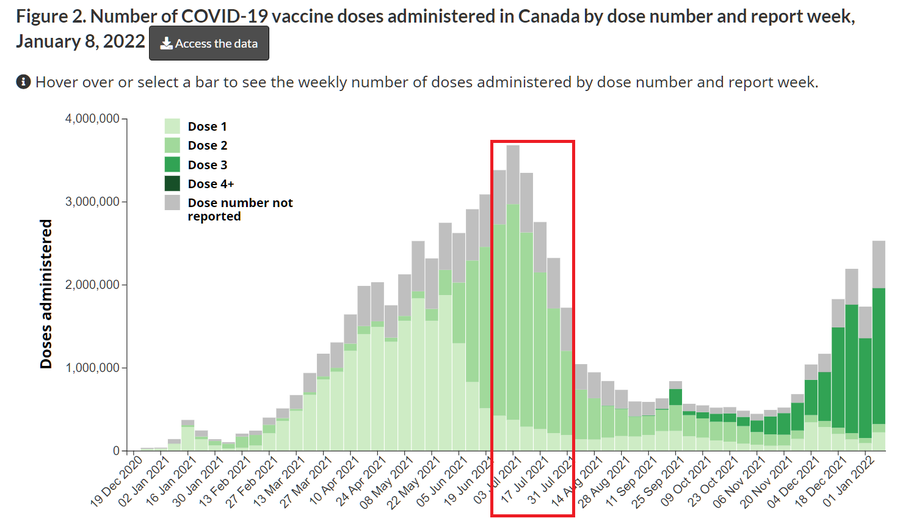 Who could have predicted such a thing… not current corrupted science, that’s for sure.

The most recent data from the CDC shows that U.S. millennials, aged 25-44, experienced a record-setting 84% increase in excess mortality during the final four months of 2021, according to the analysis of financial expert and Blackrock whistleblower, Edward Dowd, who appeared on Steve Bannon’s War Room this week to discuss his findings.

Dowd, with the assistance of an unnamed “insurance industry expert,” compiled data from the CDC showing that, in just the second half of 2021, the total number of excess deaths for millennials was higher than the number of Americans who died in the entirety of the Vietnam War. Between August and December, there were over 61,000 deaths in this age group, compared to 58,000 over the course of 10 years in Vietnam.