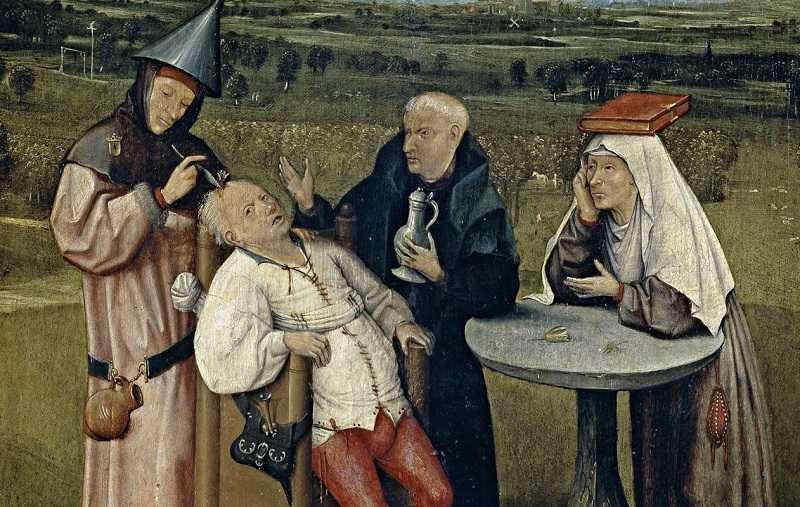 One undeniable result of the pandemic is that public trust in scientific and medical authorities may well be the lowest point in living memory — and no objective observer can be truly surprised.

At the start of the Covid-19 pandemic, chief medical adviser to the US president, Dr. Anthony Fauci, and U.S. Surgeon General, Dr. Jerome Adams that we didn’t have to wear masks until they told us to wear one everywhere.

The Covid vaccines were declared effective in preventing the spread of the disease until breakthrough cases around the world proved that they were not, and their effectiveness was reduced to “against hospitalization and death.”

Both The Lancet and the New England Journal of Medicine, two of the most prestigious medical journals in the world, have published embarrassing retractions of widely published papers that were ultimately found to have too little validity (and being too fraudulent) to be published.

Anyone who suggested that the pandemic originated in a lab in Wuhan and not a Chinese animal market was labeled a conspiracy theorist by official sources, who later had to admit they may be right. The same was true of anyone who accused Anthony Fauci and the National Institutes of Health (NIH) of funding Gain-of-Function research in the lab: They were crazy until they were proved right.

The US Centers for Disease Control and Prevention (CDC) and the American College of Obstetricians and Gynecologists urged all pregnant women to get vaccinated, claiming the new injections were completely safe. Now, a new study of the same data shows that one in eight women spontaneously terminated their pregnancy after receiving the shot.

Even medical terms — such as “herd immunity,” and the word “vaccine” itself — have literally been redefined in recent months.

All this has shocked a large number of informed, educated people around the world. Shouldn’t it? A brief look at the history of science shows that scientists who are completely wrong – often comically in retrospect – are the rule, not an aberration. It is long past time for modern scholars to humble themselves and step down from the pedestal of the secular priesthood they have climbed.

Reporting on an advisory panel’s recommendation to the Food and Drug Administration to approve a Moderna booster shot includes a quote that most will find truly incredible. “It’s more of a gut feeling than based on really serious data,” said biochemistry professor Dr. Patrick Moore. “The data itself isn’t strong, but it’s definitely moving in the direction that supports this mood.”

How can a scientific advisory panel make such a recommendation while admitting that it is based on feeling and not fact? In fact, it happens all the time. “Medical consensus” is a term that has an authoritative meaning, but it simply means that a group of experts has gathered and – usually financially linked to Big Pharma- decided among themselves what is right. A dialogue, the basis of Science, was made impossible.

Who staged the videos of people collapsing in Wuhan?

The problem is that those experts – now and in the past – are so often wrong in almost every area.

Climate data has been collected and climate models created for nearly a century, and gloomy predictions have been made for 50 years. In the 1970s, the United States would be hit by famines; a new ice age would freeze the earth, while the demand for energy would dry up the rivers; the depletion of the ozone layer would destroy life on Earth. Perhaps most dramatic was the 1969 promise that “everyone will disappear in a cloud of blue steam in twenty years’ time”. These doomsayers were highly trained scientists from major universities and national research centers, not cultists with cardboard signs on the street. Still, the deadlines have passed without apocalypse.

Joseph Priestley discovered oxygen in 1774 and shortly thereafter nitrous oxide, securing his rightful place in the history of science. His great discovery was made in the course of his pursuit of the phlogiston theory; in fact, he initially referred to oxygen as “dephlogisticated air”. For about a century, from the 1660s to the 1770s, the fire was thought by the scientific community to be the result of combustible materials emitting a substance or essence known as phlogiston was named. Probably few readers have ever heard of the phlogiston theory, and even a schoolchild might chuckle at the idea, but Priestley would have defended his position with fervor, writing one treatise after another defending the gospel of the phlogiston.

A Greek physician (from the gladiators Marcus Aurelius and his son Commodus, for those familiar with the film) named Galen (Galenus) developed a comprehensive understanding of human anatomy in the 2nd century Roman Empire. His studies certainly improved medical knowledge; For example, Galen showed that blood vessels carry blood, not air, overturning 400 years of physiological theory. His anatomical and physiological ideas were considered authoritative and went unchallenged by medical students for 1,300 years. However, in the 1500s, Andreas Vesalius, a Dutch-Flemish physician, and anatomist realized that Galen had derived much of his “knowledge” of human anatomy from monkeys and pigs. He abandoned Galen and did the work himself again, this time on real human cadavers.

In fact, the list of outdated scientific and medical theories that were once considered broadly true and now seen as incomplete, inaccurate, or completely fictitious with no connection to reality is exceedingly long. Of course, modern researchers will argue that those scientists were wrong in the past, but we know better now, and today’s scientists propagate and teach correct information.

Are the experts right on Covid-19, or have they littered the last two years with unfulfilled predictions, bad advice, and misinformation? Are there any real “experts” on a new disease at all?

What else is presented to us as a “scientific fact” that will make future generations chuckle?

Anthropogenic climate change that will wreak untold havoc unless the jet-eating governments of the world can get more of your money and control over your life?

Gender theory that relegates chromosomal and biological reality to an accidental genetic quirk to be corrected by hormone therapy and surgery?

Uniformitarianism – Hutton’s and Lyell’s premise that the geological features of the Earth are the result of the same gradual processes we see today, not one-time catastrophes – that is the foundation of modern geology?

The cursory evolutionary theory of birds, which currently prevails over arborist theory, leads to dazzling statements like “the hummingbird is the smallest dinosaur”?

The popular understanding and perception of dinosaurs in general, which come about largely through artistic renderings and pure guesswork by paleontologists based on fossilized partial skeletons?

Darwinian evolution, dependent on trillions of mutations that both add new genetic information and provide a survival advantage, despite the fact that no such mutation has ever been described in any organism?

In some circles, both academic and cultural, even questioning any of these “scientific facts” will result in ostracism and ridicule. That has always been the dominant stance of a consensus of scientists, and one can imagine it probably always will be. Given the current and growing doubts about the credibility of scientific and medical authorities, perhaps two pieces of advice could be helpful.

Ivermectin, the drug that defeated COVID – “Truth will prevail in the end”

First, for the general public, science is a process of epistemology—that is, how things can be known—that is incredibly useful, but has a limited scope. The scientific method relies on whether an experiment is repeatable and measurable. Therefore, scientific research is by definition limited to the present and material. Be on the lookout for “scientific experts” who make indisputable statements about the past or future and try to shout everyone else out of the room.

Second, to physicians, researchers, and the scientific and medical communities in general, approach your roles with some humility. Even children have immediate access to pocket computers, which contain libraries of information. Yes, there are also piles of misinformation that need to be corrected. That said, you are doing no one, especially yourself, a disservice when you transcend the limits of experimental knowledge and assume the roles of priest, prophet, and oracle. Your collective lack of humility, as we have seen time and again in the context of Covid-19, can result in real harm.

In order for the public to regain its trust in science, scientists must shed the arrogant authority, which is already shabby and torn anyway.

Commentary: The Covid pandemic has likely surpassed all lines of authoritative reporting throughout history. It has demanded a level of trust and acceptance from the public that is incredibly far-reaching. It is bigger than global warming, the war on terror, or any world war. It is even bigger than the world religions. There is a monumental power behind it that easily crushes those who dare to question it; and for that reason, few do or can do it. Not only does it crush dissent, but it also has a slew of victims, ranging from the results of failed economies and social structures to the implementation of its own “scientific” interventions. Its destructive power has grown to immense proportions, yet we see so many sailing against the wind. The problem is that the wind is coming from a Category 10 hurricane that just made landfall. If the masses ever realize that their trust has been misplaced and abused, it will be too late.