Is dark chocolate good for you and can it offer you at least twenty health benefits? 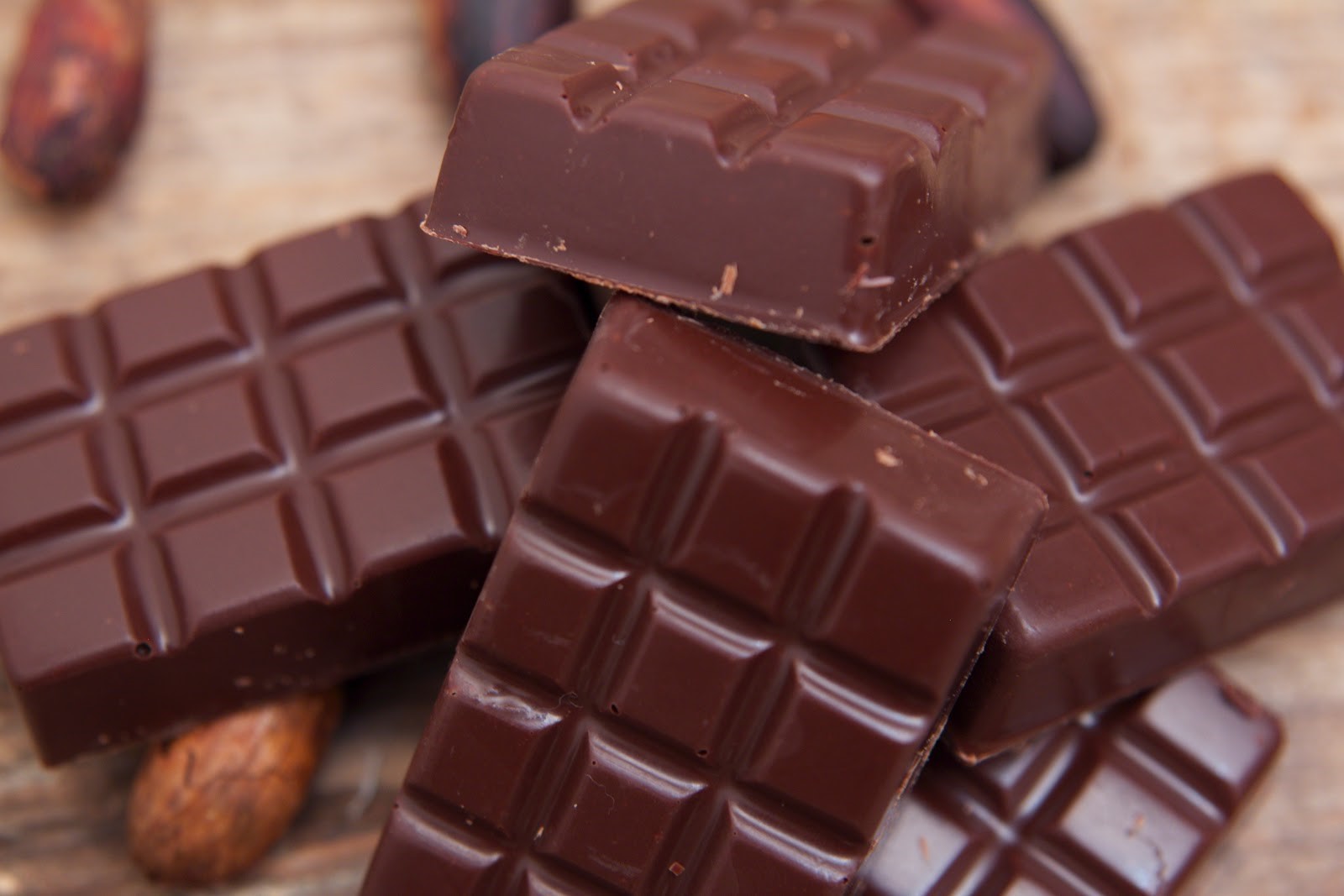 Dark chocolate might pack a double positive punch for our health—thanks to the microbes that live in our gut. New research strongly suggests that beneficial bacteria that reside toward the end of our digestive tract ferment both the antioxidants and the fiber in cocoa.

Other new research helps explain how some of cocoa’s widespread health benefits—from improving vascular function to increasing insulin sensitivity—may be linked—and good for even the young and the healthy.

Not all chocolate is created equal, however. Dark chocolate gets all the good publicity because it has relatively lower added sugar and fats than milk chocolate. “The benefits come from cocoa,” Pereira notes—thus, “chocolates with the highest proportion of cocoa are the best.” Even when it comes to pure cocoa powder—which can be used for a hot beverage or added as a topping—no one knows the ideal amount. Even the darkest of the dark chocolates “must be consumed in moderation to avoid weight gain,” Dr. Gorter notes.

Finley and his team went straight for the pure, unsweetened and somewhat bitter-tasting cocoa powder to test its impact on gut microbes. Nevertheless, each type produced slightly different results. Researchers sent three types of cocoa powder down the lab-rigged digestive path: lightly processed, moderately processed and Dutch-processed. The more mildly treated the cocoa powder the more it produced beneficial compounds in these experiments. We also noted that likewise some brands of dark chocolate “are low in polyphenols due to the methods of manufacturing.”

Chocolate is regarded as an indulgent treat because it is mainly associated with weight gain and acne. Americans spend $10 billion annually on chocolaty treats. It is not all bad news as countless studies show dark chocolate has many health benefits. Here are 20 you may not know about and which will help you to indulge in it with less guilt.

Lots of studies reveal that the flavonoids in chocolate can help your veins and arteries to stay supple. Over 7 studies followed 114,000 participants who were given a few servings of dark chocolate a week. The results showed that their risk of getting a heart attack was reduced by about 37% while the chances of getting a stroke were 29% less when they had a higher consumption of chocolate. 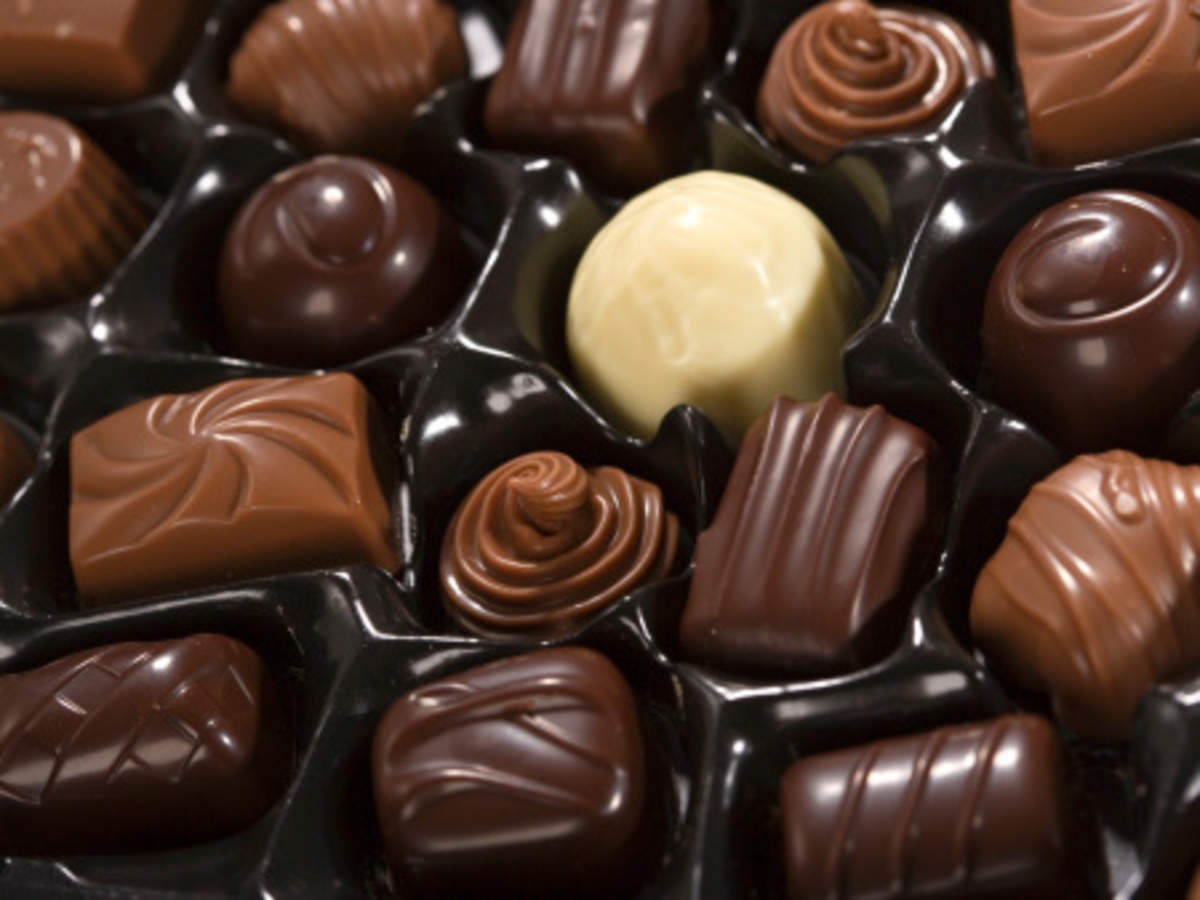 Research has shown that when elderly people were given specially prepared cocoa extracts which was high in flavonoids, their cognitive function greatly improved. The only problem is that when it comes to eating chocolate, the percentage of those cocoa flavonoids is much reduced due to the processing and the addition of eggs, sugar and milk.

One study conducted in London found that women who were given chocolate with a high flavonoid content were able to withstand double the amount of UV light on their skins without burning, compared to those on lower doses.

I was never good at math at school. Maybe I should have eaten more dark chocolate! This is the startling conclusion I have reached after reading about the research of Professor David Kennedy who is Director of Brain, Performance and Nutrition at the Research Center of Northumbria University (UK). Participants were given 500 mg of flavonoids in a hot cocoa drink. They benefited from increased flow to the brain as a result and were better at coping with difficult math equations.

I wish my uncle had given my aunt some chocolate when he told her to stop crying and to ‘cheer up.’ He obviously had not read about the work at the University of Swinburne in Australia. These guys again targeted the cocoa polyphenols and they found that it had a beneficial effect on the mood of the participants who were calmer and happier. Dr. Robert Gorter could document that chocolate flavonoids can dock on to cannabis receptors in the brain which explains the relaxing effects and its consequent mood elevation in reactive depressions.

As we know, the nerve pathways to the brain get damaged when Alzheimer’s disease strikes, causing severe loss in certain mental functions. It is fascinating to read about how one extract from cocoa, called lavado, can actually reduce the damage done to these vital pathways.

Another magical flavonoid in chocolate is epicatechin. Mice were given this substance and they were much fitter and stronger than those mice on water only. Researchers say that to get the best results from your workout you have to limit the amount to only about half of one square of chocolate a day! If you have too much, it could undo the beneficial effects.

Did you know that if choose chocolate with a high cocoa content (75% to 85%) you are getting a very nutritious snack? Take the typical 100 gram chocolate bar. It has almost all of your RDA for copper and manganese. It contains over half your magnesium RDA and about two thirds (67%) of your RDA for iron. It also has about 10% of fiber. There is also lots of zinc, selenium and potassium too.

You may not know it but having the right amount of NO (Nitric Oxide) in your body can help your arteries to relax. That will, in turn help to take some of the pressure off them and the result is a lower BP count. Just another benefit of the dark chocolate flavonoids which help to produce this vital Nitric Oxide.

When you are on a high, it may be due to excitement, love or after exercise. This high is due to the release of endorphins which are brain hormones. The great advantage of chocolate is that flavonoids can also help in endorphin production without having to run a marathon! Endorphins play a key role in helping to prevent depression and other mental disorders.

One of the complications of pregnancy is known as preeclampsia in which blood pressure can shoot up. Researchers have established that one of the chemicals in dark chocolate, theobromine, can stimulate the heart and help the arteries dilate. When pregnant women were given higher doses of chocolate, they had a 40% less chance of developing this complication.

One probably thinks that chocolate is too sweet for diabetics and is one of their banned treats, but one small study at the University of L’Aquila in Italy found that the right dose of chocolate flavonoids can help the body’s metabolism and enhance insulin function. This could benefit people with diabetes but more studies need to be done.

You know the feeling: you cannot function until you have a snack. One of the healthiest is a piece of dark chocolate because it fills you up quicker and reduces craving for salty and sweet snacks, according to a small research study.

Another marvelous effect of the theobromine chemical in chocolate is that it can calm a troublesome cough. Manufacturers are looking at this to produce safer cough syrups instead of using codeine which has some undesirable side effects.

Normally you take an aspirin to help prevent blood clotting and to improve circulation. Studies now show that chocolate can have a similar effect.

University of Reading researchers were curious to see if dark chocolate flavonoids could actually improve vision as they knew it certainly improved blood circulation in general. They decided to do a small experiment and gave two groups of volunteers some white and dark chocolate. The dark chocolate groups were doing better on vision tests afterwards.

If you suffer from Chronic Fatigue Syndrome you should try adding chocolate to your daily diet. One group of sufferers were given a daily dose of chocolate for two months. They were less tired and the best news of all is that they did not put on any extra weight.

There has been a lot of emphasis on how chocolate can actually reduce your BMI (Body Mass Index) which is how you measure up as regards your height versus your weight. One study took 1,000 Californians and they found that those who ate chocolate more often during the week had a lower BMI. Overall diet and exercise regimes were not factors which influenced this result.

As we have mentioned, the cocoa flavonoids in dark chocolate have both anti-inflammatory and antioxidant properties. These are important in keeping the actions of free radicals at bay. As we know, these are the protagonists when cancer starts to invade cells. We combine small amount of CBD (Cannabidiol) and chocolate as they are both potent COX-2 Inhibitors (CBD more).

Now that I have finished the list, why not have a piece of dark chocolate and enjoy it? Remember, the darker the better! And remember that “I kill for chocolate” (in German: “I die for chocolate” and in Spanish: “Mato por chocolate”)

Since the early 1970’s, one of my concerns was proper nutrition to stay healthy and for people living with medical problems. Therefore, in the very center of Amsterdam, the capital of The Netherlands, my team and I founded a vegetarian, bio-dynamic and alcohol-free restaurant “BALDUR” next to my daycare clinic and where anybody was welcome for lunch or dinner but in addition, we offered cooking classes as often, patients and their beloved ones had little idea what “healthy” was and how to prepare healthy (organic) food. For several years, we had a 2-year waiting list for the cooking classes. Also schools sent their pupils in classes to us.

In BALDUR, chocolate was used for its approximately twenty beneficial health effects but not as chocolate bars but more like in sauces and pastas to give the flavor a very specific taste which was very much appreciated. In the Latin America kitchen, chocolate powder is used regularly.

Since 1971, as part of the Gorter Model to treat cancer patients, both small amounts of CBD and THC (Cannabinoids) in combination with chocolate are being used to improve outcome of patients